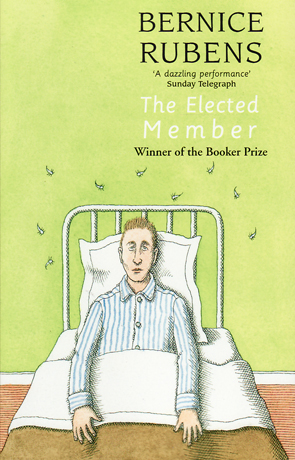 I chose this book as part of our ongoing project to eventually review all the Booker Prize winners on this site. The Elected Member was the second winner of the prize in 1970, following P.H.Newby’s inaugural win with Something to Answer For in 1969. Having reviewed Newby’s book recently, I noted that both the first winner and this book have protagonists who are suffering some kind of mental breakdown. Newby’s Townrow found it difficult to reliably recall events or basic facts about his own identity. Bernice Rubens’s Norman Zweck is committed to a mental hospital after his addiction to white pills has made his hallucinations and emotional outbursts unbearable for his Rabbi father, Abraham, and his sister, Bella. This is a convincing and fascinating portrayal of a family suffering the stress of estrangement and addiction, however, I do not think it is as accomplished as Newby’s novel.

Nevertheless, the story of Norman’s committal is not that simple. True, his pills make him hallucinate. He believes his room is overrun by silverfish and that their droppings are everywhere. But the real question in the novel is what has driven Norman along this self-destructive path. Rubens handles this matter with insight and empathy. The novel’s epigraph – If patients are disturbed their families are often very disturbing. – is a clue that Norman’s problem possibly lies with his family and his upbringing, rather than merely being the product of an aberrant will, which is a thought that occurs to his father early on. Rubens explores the various key milestones in the family history which may or may not have contributed to Norman’s problem through the perspectives of the different family members. Norman’s career as a brilliant barrister is over as a result of his addiction. But is that addiction linked to his overbearing mother who drove him in his education from an early age and refused to allow him adult freedom? Does it lie with his relationship with his sister, Bella, similarly oppressed by her parents, or with Esther, his youngest sister, now estranged from the family for two decades after she married a non-Jewish man? Did Esther’s confidence in Norman concerning her marriage and her decision to leave her former fiancé, a close friend of Norman’s, affect Norman’s mental health? Is Norman responsible for the dark path he has taken, or are we to believe the conclusion that he has become the family scapegoat?

Rubens peregrinations through the family history produce uncomfortable insights into the problematic potential of family expectations as well as cultural and religious strictures. Each member, in turn, must confront their own difficult insights in order to seek reconciliation and the possibility of healing. The novel’s title, which had me thinking the story would have something to do with politics, refers to the membership one holds in a family. As the elected member, Norman bears the guilt and pain of his family’s past most dramatically through his mental breakdown. While Jewish, his being “elected” paradoxically makes Norman something of a Christ figure in his own eyes, a trope he adopts late in the novel, but the novel’s denouement makes this mantel an ambiguous assignation.

Rubens portrayal of the mental hospital is not as broad as One Flew Over the Cuckoos Nest (I refer to the movie, not the book, which I haven’t read). There are fewer characters. Except for several allusions to the wider hospital community, we never get to know the patients well except for Billy, a man infantilised, much like Bella who still wears the white socks of a young girl, thanks to her mother’s iron will, and Minister, who provides Norman with a continuing supply of his white pills on the sly. Minister – we never learn his real name – believes himself to be a member of her majesty’s government, a common kind of portrayal of insanity, and it is through him that the stories of the mental hospital and Norman’s past are connected for the reader. It is through him that Norman unwillingly becomes a member in Minister’s mad game of government, and thereby complicit again in matters he could not have anticipated.

This book, had it been handled less deftly, may have been a depressing and unbearable read. I found the first chapter a little bit off-putting (it describes Norman’s thoughts and feelings as he loses sanity in his room) but the rest of the book was more fascinating than anything else. The characters are well drawn. Apart from the mother, Sarah, who is already dead in the current time frame of the novel, there are no unpleasant or odious characters. It is easy to understand the pain of each character and easy to see the weaknesses that have led to the current situation. The flashbacks in the novel are like short stories told about the family, which provide entertaining vignettes, like the story of Norman’s last court case, or the current day story of Abraham attempting to track down Norman’s drug supplier with unexpected results.

My one personal reservation about the novel – I think others who find religion a central part of their lives may disagree with my assessment here – is that the novel’s denouement is too heavily reliant on religion. The final election of the novel is that of the Jews as God’s chosen people, which Norman struggles with; he has questioned this for some time, since his faith has lapsed. I can see the temptation of wanting to link Norman’s status of family scapegoat with the scapegoating of Jews throughout history. But I felt that Rubens had invested her readers in the everyday world problems of her characters so well to this point that this left me unsatisfied. It was not integrated, for instance, in the way that Townrow’s mental breakdown is linked to issues of national morality in Something to Answer For throughout that novel. Sure, Abraham, Norman’s father, is a Jewish Rabbi and the family engages in a Jewish prayer, but it still felt like it came from almost nowhere for me. I didn’t feel like the idea of being elected provided enough foundation for Rubens’s shift in focus.

Nevertheless, The Elected Member is a highly accomplished novel and strangely entertaining, given its subject matter. 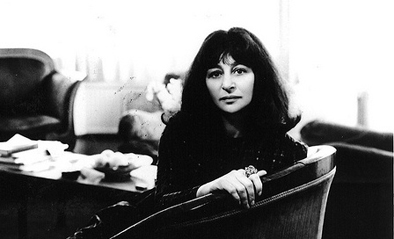 All those great expectations they’d had of him. All that infant prodigy stuff, with him in short trousers till his beard started to grow, and her in those white socks to clinch the illusion. She didn’t want to think about it. She felt guilty of the part she inevitably played in her brother’s madness, and the part played indeed by the whole family. Norman and his whole life had been an event for them all, it was something that had happened to them and had ultimately nothing to do with Norman at all. Norman might be in an asylum, but it was they, the two of them around the table, who were in crisis, because their event had gone sour. They had elected Norman for their scapegoat, each in their own way, her father, her mother, her sister and herself, and now the backlash was on them. Norman was in a nut-house, asserting his rights, the right not to have been chosen. For a moment she saw Norman alone, without sisters or parents, and she saw him whole and sane.