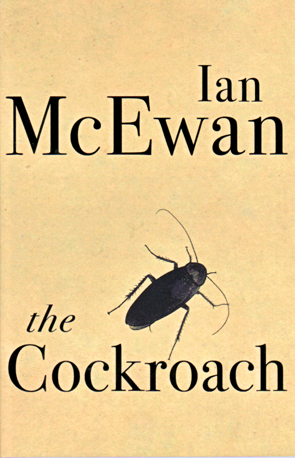 Ian McEwan’s novella, The Cockroach, was written at a clip to ensure it would be published in time for Britain’s putative Brexit date promised by Prime Minister Johnson. It’s an hilarious, if somewhat disturbing satire on the whole Brexit mess, naturally. McEwan’s portrayal of Boris Johnson (his character Jim Sams must be Johnson because a disclaimer at he beginning of the novel assures us that any resemblance to actual cockroaches, living or dead, is entirely coincidental) as a Machiavellian manipulator bent on overturning centuries of economic reality without any rational reason to do so other than because … (Because that’s what we’re doing. Because that’s what we believe in. Because that’s what we said we’d do. Because that’s what the people said they wanted.) is genius.

McEwan employs the typical tools of the satirist – humour, exaggeration, the grotesque and the frankly ridiculous – in his portrayal of the Johnson character, Prime Minister Jim Sams, as a cockroach. Jim Sams awakes in Number 10 Downing Street to discover he is human, much the same as Gregor Samsa awakes in Kafka’s nightmarish The Metamorphosis. Except that McEwan’s take on this old story is different. In what can only be described as a political coup, the cockroaches of the Palace of Westminster, home to the British Parliament, have undertaken a perilous journey to Number 10 Downing Street in order to inhabit the bodies of the Prime Minister and his cabinet, for no other reason than to get the will of the people done.

McEwan’s portrait is nothing short of a scabrous caricature, and there is a brilliance in it which would assuredly offend many, since the portrait is assuredly funny. There’s a wonderful moment when Jim Sams’ inner insect, while settling into driving his new body, is distracted by a bluebottle buzzing to its death beneath the saucer of his tea, when his adviser, Simon, warns that there is talk of a no confidence vote against him. At that moment the Prime Minister loses sight of the fly. Fuck! he interjects in frustration, having already anticipated eating it fresh. That’s what I thought, Simon replies.

The narrative can be aligned with some broad aspects of the Brexit issue. Prime Minister Sams, who has inspired the no confidence vote against him, is akin to Theresa May, while the real metamorphosis of the story is her transformation into Boris Johnson once the Jim Sams cockroach takes control. There are more particular references too, like the milkshake that was thrown in protest at Nigel Farage in May. But the broader issues of Brexit, itself, are deftly lampooned in this parallel universe through the issue of Reversalism, a bizarre economic plan in which people will pay employers to work while being paid to receive goods and services. Given that it will be illegal to have more than £25, the more consumers receive the more they will have to work (or find higher value jobs in order to defray their wealth). Naturally, for this to work, the European Union – indeed, the rest of the world – are going to have to convert to Reversalism, in a global example of the tail trying to wag the dog. It’s an idea so stupid that it wonderfully encapsulates the feelings of those opposed to Brexit. Not only does it offend economic sense, but seemingly the laws of nature too, since Reversalism is not just about the economy but the culture as well: of turning back time; of returning Britain to a more insular past.

McEwan comes dangerously close to outright insulting proponents of Brexit in his portrayal of the Prime Minister and his cabinet as cockroaches, since in the story they represent the will of those who voted for Reversalism, just as Johnson represents the will of Brexit. Reversalism – and by extension, Brexit – is portrayed as the result of the worst aspects of the class struggle, in which the will of the underclasses is driven by ideologies like anti-intellectualism and distrust of science. McEwan manages to skirt around the full implications of his insult, to a degree, since there are other issues at play here, too – the influence of Trump for instance, represented by President Archer Tupper – whose refusal to believe in climate change and support for the Second Amendment rights of Americans is just as telling as his inability to correctly name the British economic revolution: he calls he Revengelism.

McEwan is too clever a satirist to attribute the problems of Reversalism/Brexit to any one person or issue, which also softens the impact of the portrayal, just a little, along with its hilarious conclusion. In the future the novella may be considered a little too narrow in its focus – after all, we still have no idea how Brexit will play out or how things will go from there – for it to have longevity. It’s the nature of a lot of satire, that its power lies in its ability to articulate a point of view for its contemporary audience, and make us laugh at what otherwise might make us cry. That justifies the speed at which the novel was written and its length, since next year the novella’s insights may well be outdated. But it certainly has something to say for 2019 audiences, especially for those seeking a voice to express a perceived insanity in the whole Brexit issue, and to laugh at leaders who, for many, have also become ridiculous. 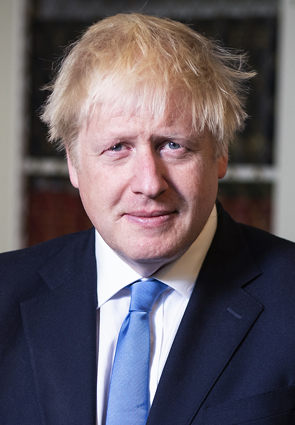 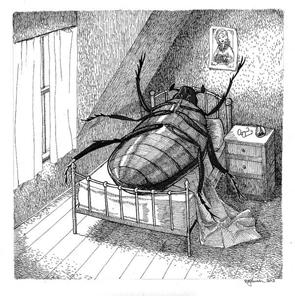 The Metamorphoses
In Kafka's novella Metamorphoses, Gregor Samsa awakes to find himself mysteriously transformed into a giant insect, and then is subsequently rejected by his fearful family. In McEwan's satire, the British Prime Minister Jim Sams is inhabited by the will of a Wesminster cockroach, along with his cabinet.

As Gregor Samsa awoke one morning from uneasy dreams he found himself transformed in his bed into a gigantic insect.

That morning, Jim Sams, clever but by no means profound, woke from uneasy dreams to find himself transformed into a gigantic creature.