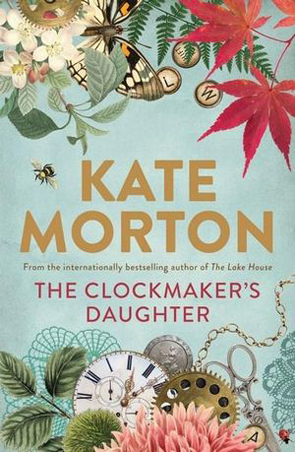 People value shiny stones and lucky charms, but they forget that the most powerful talismans of all are the stories that we tell to ourselves and to each other.

The Clockmaker’s Daughter is a huge book that sprawls across 170 years. And it has a large collection of characters across those years, with many of their stories interconnecting, apparent to us, the outside observer, even if the characters themselves don't know this. To keep track of the various characters and how they relate to each other, I drew up a rough diagram, with all the names in bubbles and lines to connect them. Seeing my chart prompted by son to ask if I was trying to work out some huge conspiracy theory.

The central character is known to most of the others as 'Lily Millington'. We know this is an assumed name, but her real name is concealed for most of the book. Lily stays with us over the whole book, as a ghost who inhabits Birchwood Manor, a house on the Upper Thames owned by Edward Radcliffe in 1862.

Lily tells us her story in the first person, giving us her backstory leading up to 1862 when she comes to the house to model for Edward, an upcoming young artist and member of the Magenta Brotherhood, a movement loosely based on the Pre-Raphaelite Brotherhood.

The incident which forms the central mystery of the story occurs in 1862 when Edward leaves his beloved house forever. The house is then used by many different people over the years. Some of their stories are told to us by Lily, and some we observe in our role as an omniscient reader. This change in perspective between us and Lily is signalled in the book by changing chapter number styles, with Lily's being in Roman numerals and ours in Arabic numerals. We end up gradually knowing everything that has happened over the years, and can tie the entire story together in our minds, even if the characters don't recognise the importance of the various things they know or objects they discover.

Morton has crafted a beautifully written story and has effectively captured the connection many of the characters feel to the house, the sense of belonging they have while living there, and the sense of safety they feel. She creates a supernatural atmosphere, with local legend connecting the house to a place of safety and sanctuary created by a Fairy Queen. The story of the Eldritch Children is what initially drew Edward to the house, and although no one admits to believing the story, almost all the main characters at some point notices the glowing light in the attic window, said to represent the sanctuary provided to all who need it. Even characters who have never heard the story notice the light and feel the safe embrace of the house. I think this is in part why Edward is so broken by what happens in his house. Not only does he feel betrayed by the woman he loves, he is also betrayed by his place of sanctuary.

Part way through I thought the book was going to be predictable, and guessed many of the plot points which were coming. Despite this, I was interested to keep reading because the writing was such a pleasure to read. And then as I got further in the story and the main mystery began to be disclosed, I was surprised by a few of the twists which I hadn't seen coming. Despite the huge size of the book, I did have a feeling that it was a little rushed at the end, and that a few more chapters might have helped to remove this feeling. But thinking back now over the ending, I think this might in part be because I didn't want the book to end; I wanted more of the story. Because we don't really need to know more, there are enough hints given to let our minds play with what is given and to work out the rest by ourselves.

There is an incredible attention to detail given to all of the various periods covered by the book, and you feel a connection to most of the characters. So much so that I wanted more about each of them: just a few more details on what happened to each after they left the house. Of course, we get little hints about the various people from their connections to other characters in other periods, such as Tip telling Elodie stories about Juliet.

I would recommend this book to anyone who wants some historical fiction with some mystery and romance, all combined with a ghost story. But give yourself time to indulge in it slowly and understand the links between the characters which will let your mind provide the ending which is left unspoken at the book’s conclusion.

Human beings are curators. Each polishes his or her own favoured memories, arranging them in order to create a narrative that pleases. Some events are repaired and polished for display; others are deemed unworthy and cast aside, shelved below ground in the overflowing storeroom of the mind. There, with any luck, they are promptly forgotten. The process is not dishonest: it is the only way that people can live with themselves and the weight of their experiences. 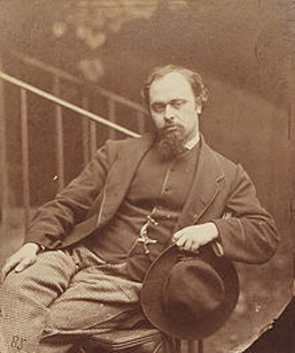 Dante Gabriel Rossetti
Rossetti was a central figure of the Pre-Raphaelite movement. Many aspects of Edward Radcliffe seem to be based on Rossetti, including the obsession he had for his models 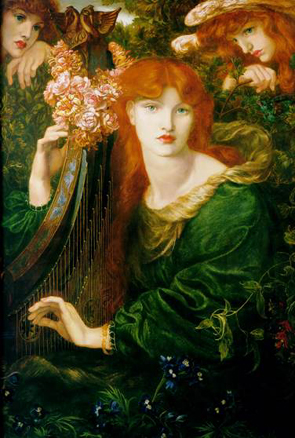 La Ghirlandata by Dante Gabriel Rossetti
The ethereal beauty of the model in this painting (Alexa Wilding) matches the descriptions of Lily Millington, Edward’s model and muse. However, unlike Lily and Edward, and unlike his other models, there was not romantic or sexual connection between Alexa Wilding and Rossetti