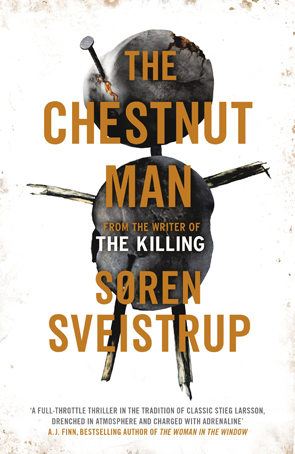 He who fights monsters should look to it that he himself does not become a monster. And if you gaze long into an abyss, the abyss also gazes into you.

Mark Hess, a detective recently returned from secondment from Europol and wishing to return there, is assigned as partner to Naia Thulin, a young and career-minded detective who has little time for him. Thulin sees him as burned out, cynical and lazy, with no other ambition than to return to Europol. She doesn’t think he is competent or even cares and believes she can handle the case better on her own. The Chestnut Man dramatizes their evolving professional relationship as they attempt to track a serial killer known to them by the chestnut figures left at the scenes of his crimes. For Thulin, the investigation will unearth evidence that connects her personally to the killer. For Hess, the experience of investigating the chestnut man murders is reminiscent of Nietzche’s abyss; leading to an unsettling existential reflection of the self.

Chestnut men are exactly what the description suggests: small figures fashioned from chestnuts. According to Sveistrup’s novel they are a part of Danish culture during Autumn. Thulin’s daughter makes them along with other students to decorate their school. But their appropriation as a symbol for a serial killer gives them chilling new implications as they are not only a trademark for the killer but a symbol of his victim’s sufferings.

Nordic Noir is a relatively new crime genre, generally defined as police procedurals, which contrast the apparently tranquil and bland social surface in the Nordic countries, with the murder, misogyny, rape and racism depicted as lying beneath; a reflection perhaps of the social disparities of cultured liberal cultures and the disturbing turn towards violence in Europe as issues of identity and race once again have an impact. That description of the genre certainly fits The Chestnut Man, a book that is packed with the grisly detail of a number of murders under investigation by Danish police. It is a book which is far more graphically violent than my usual taste in cosy and golden age murder mysteries. In the opening chapter, set years before the main part of the story, we are introduced to a house that has become the site of a killing spree of an axe murderer. There is blood everywhere, and with one victim, a child, inexplicably left alive, the police chief is easily lured to his death in an attempt to save him. In the second chapter I was presented with a scene which I found strangely distressing. A woman has her hand cut from her while still alive, before becoming the Chestnut Man’s first victim. I almost put the book aside, I found it that disturbing.

But the opening chapters were also compelling. Sveistrup knows how to build tension with his writing, and I was quickly drawn into wanting to know exactly what was going on. Once I'd got over the grisly detail, I was engrossed in the story, with all of its twists and turns.

There are three cases in the book: one from many years in the past, one from a year ago, and one in the current day. Gradually elements of the stories merge, linking each plot detail in a satisfying way The first involves the axe murders of the book’s opening. The second case from the previous year involves a girl, twelve years old, missing, presumed dead. Like any novel in crime genre, there are a number of red herrings, some obvious, others less so. For instance, someone confesses to the murder of the twelve-year-old girl and evidence supports him being the perpetrator. But the girl’s mother’s personal assistant also falls under suspicion, with much of the evidence implicating him, also.

The novel follows some fairly standard conventions. Red herrings, of course. But also the portrayal of the dysfunctional detective relationship that evolves into a partnership; the teasing trademark clues left by the killer (reminiscent, say, of the death moth used by the killer in The Silence of the Lambs); and the need for all the plot elements – the various cases under investigation – to be inked in some way. In this way The Chestnut Man is a bog-standard thriller, but I enjoyed it. The writing was highly competent without flourish or affectation. Its style reminded me of Stieg Larsson’s The Girl with the Dragon Tattoo series.

Despite its well-worn tropes I found the ending surprising. I had absolutely no idea who the psychopath was going to be. So, while this is in no way an original book, I found it entertaining. For those who like well-paced and gripping thrillers and can cope with the grisly details that this one is packed with, it is highly recommended. 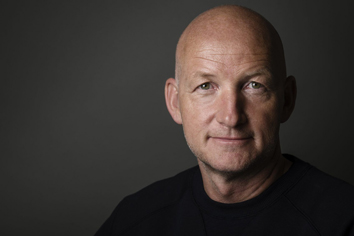 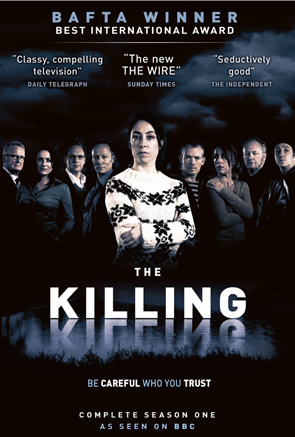 The Killing
Søren Sveistrup is also the creator of the Danish television crime series, The Killing. The series has also been picked up for American television, but like so many instances of good foreign film and television, it has been remade for an American audience with American actors and crew.