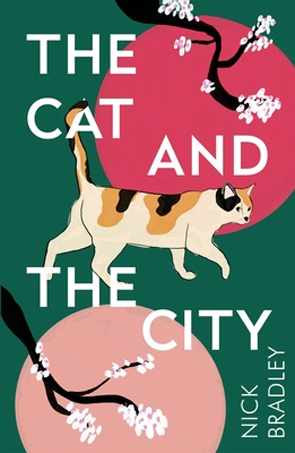 The Cat and the City
Nick Bradley Parts of The Cat and the City were strange to read in our current world. An early chapter includes an authoritarian clearance of the homeless out of Tokyo, in preparation for the 2020 Olympics. The closing chapter takes place on the day before and the day of the Olympic opening ceremony. Meanwhile, as readers, we are aware that like many 2020 events, the Olympics have been postponed to 2021. With the timing of this book, published May 2020, it was probably too late to make major edits to reflect worldwide lockdowns due to COVID-19, so the book has become a kind of unintended alternative reality to our own world. This becomes even odder since, at times, I couldn't decide if events in the stories were meant to be taking place in the real Tokyo or in some alternate Tokyo that had been created in a tattoo.

The tattoo in question is a device that links the stories in the book. Naomi, no older than eighteen, appears at Kentaro’s tattoo parlour requesting a tattoo. She wants the city of Tokyo tattooed over her back, except her city will be empty: no people. Kentaro mischievously tattoos a cat into the cityscape, reasoning that cats are not people. The tattoo is so large that it takes many visits to create the outline and ink in the image. During one session, Kentaro notices something peculiar:

Perhaps he had misremembered the location he had originally put the cat in. Surely that was the explanation. He ignored the cat and began to work again, colouring the red and white pattern of Tokyo Tower.

But the next session, before working, he searched for the cat in the side streets near Hammamatsucho Station again, and could not find it. And then when he was colouring in the trees of Inokashira Park in Kichijoji, he saw the cat lurking by the lake in the middle of the park.

It was definitely moving.

The cat of the title remains a mystery to me. Sometimes the stories have elements of magic realism, while at other times I wondered as I read whether I was just reading too much into the cat. Did the tattooist in the opening story create the cat with his ink and bring it to life? Did Naomi become the cat? I just don't know. Thinking about this point keeps the book in my mind and makes me think more and more about how complex the interrelationships between the stories are, yet how well they integrate to form a seamless whole.

My edition of the book is a hardback with a dust jacket image inspired by Japanese art. Stylistically, it also imitates the layout of Japanese cover designs. Apart from the gorgeous front and back covers, the styling on the cover flaps is reminiscent of a Japanese book, with sideways text. Nick Bradley is steeped in Japanese culture, having lived in Japan for over ten years, and completed a PhD in Creative & Critical Writing focussing on the figure of the cat in Japanese literature. The influence of this experience and intellectual background informs every aspect of this book. Bradley opens the book with his own translation of a classic Japanese poem, ‘A Blue Cat’. This poem seems to be from someone who deeply loves Tokyo but is separate from it. The poem also shows that cats have been important to Japanese literature for a long time.

The Cat and the City is essentially a series of interconnecting short stories that span at least a year. I'm not even sure if the stories are consecutive. Some stories appear to develop a linear thread while others reach back in time. ‘No character truly exists in isolation’ observes Ogawa to Flo-chan in ‘Chinese Characters, referring to the way Kanji (the Chinese characters which have been adopted for use in the Japanese writing system) are interpreted in the context of other Chinese characters, a metaphor, surely, for the way the meaning of each story is modified in relation to those that come before and after it, as well as the various ways different characters in the stories come into contact with others and interact occasionally. And in each story, there is always a small calico cat, sometimes important to the story, sometimes just briefly glimpsed, recalling the cat of Naomi’s tattoo. The cat is not the only common connection, though. Gradually, the stories build up a strong network of work colleagues, family and friends, and a weaker network of casual encounters, overheard conversations and commercial transactions, that help link the narratives. Overall, the book gives an idea of the complex interactions humans develop throughout their lives. Not all of the interactions are positive but they give a realistic view of the world, reflecting family, friendships, work, happy moments, moments of loneliness and moments of despair. And with Tokyo as the backdrop, we also experience aspects of Japanese culture that can be very different to Western culture, such as coffee in a can, the compulsory afterwork karaoke parties for salarymen, and the female-only carriages on crowded trains to protect women from sexual assault. The images I selected for the sidebar show some of the aspects of Japanese life which are mentioned in the book.

Bradley has created a complex book that I enjoyed more and more as I read. At first, I was only just enjoying it, but the more I read of the stories, the more immersed I became in them and I started loving this book. The changes in genre and writing style across the stories contributed to this emerging connection with the book. The first few stories are written simply, as traditional narrative, and have a similar tone. But gradually, Bradley introduces different styles, such as the brief chapters which contain case notes from a hardboiled detective, the ‘translation’ of a classic sci-fi story, poetry, footnotes, images and even a whole chapter done as manga: all capturing an aspect of Japanese culture.

This is a physically beautiful book with a stories worthy of its cover for their complexity and beauty - highly recommended.

The full dust jacket of The Cat and the City
Widget is loading comments...

Aspects of life in Tokyo that are mentioned in the book 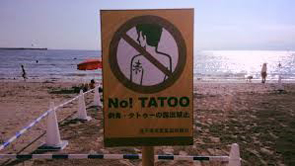 Tattoos
There is traditionally a high level a stigma attached to tattoos in Japan. People with tattoos are banned from most onsen (hot springs), sento (public baths), ryokan (traditional inns), pools, gyms and even capsule hotels. ... The stigma is largely due to the association of ink with Japanese organised crime syndicates, or Yakuza. This really highlights the reluctance of the tattooist in the opening story and big step Naomi takes in insisting she have the huge tattoo all over her back, legs and arms. 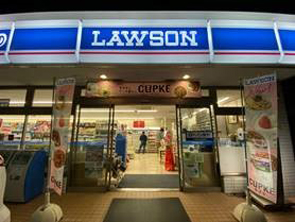 Convenience Stores
A Lawson Convenience Store is mentioned in several of the stories - convenience stores are open 24 hours a day and sell almost everything you could possibly need. There is practically one on every block. 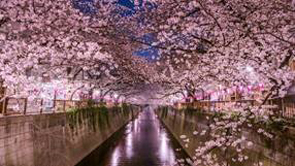 Cherry Blossom Season
Sakura, or cherry blossom season - thousands of trees bloom in early Spring making this a popular time for tourists to visit and for locals to enjoy picnics and parties 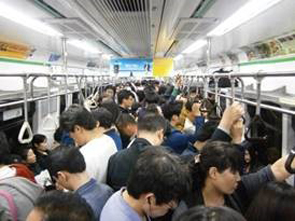 Tokyo Trains
Crowded trains in Tokyo. Sexual assault of women in the crowded carriages is common, a daily occurrence. For an article about this, click here. 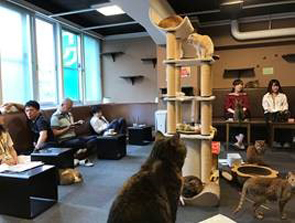 Cat Cafés
A cat café (Neko Café) in Tokyo - popular with people who live in tiny apartments and miss interacting with animals. 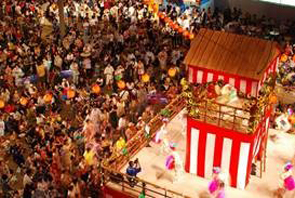 Omatsuri
Omatsuri or festival - a traditional community celebration giving thanks for a rich harvest, good health, community harmony and respect for their ancestors.