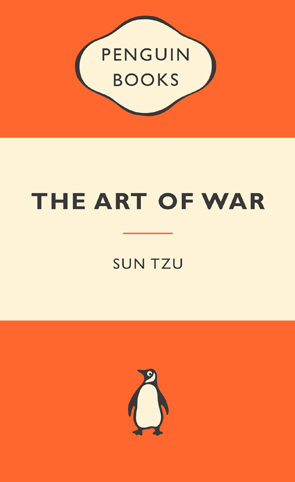 The Art of War
Sun-Tzu

I first heard of this ancient text in passing conversation. The Art of War has been translated many times, its versions passed down the ages like a well-played game of Chinese Whispers, often varying in wording but never in message. To my understanding, it contained all the information necessary to emerge victorious in any conflict, and could translate into other areas of life as an almost universal philosophy. The text’s philosophies can be applied to situations of diplomacy, politics and general social interaction. It also touches upon the importance of knowing and trusting yourself, illustrated most clearly in the quote Know thy enemy and thyself, and you need not fear the result of a hundred battles.

Needless to say, it had piqued my interest.

The writer behind this concise body of work is none other than General Sun Tzu of the Zhou Dynasty. His teachings of the ways of war through this text have been employed to great effect by the countries of Asia since its completion over two and a half thousand years ago. The Vietnam War is an excellent example of this, where the Viet Cong forces were able to defeat the superior invading American forces. They used their understanding and extensive studying of this ancient text to help them to that. The Art of War has since been introduced to western culture, where it is now often applied in competitive and business settings.

My interest in this text stemmed from my fascination with the history and conflicts of the ancient world, and from a desire to learn and improve my formation of strategy and tactical execution within a highly competitive gaming scene.

The first thing I noticed when I opened this book was the format – I was surprised to find it set out like verses of a poem for chapter upon chapter. Depending on the edition, the text may be presented in verses like poetry or like blocks of prose; I am referring solely to the edition I read.

Each ‘verse’ covers a different aspect of the mastery of warfare, explaining its point as efficiently as possible. There were only a handful of points which I could attribute to simple common sense. The vast majority of points touched upon by Sun Tzu contain something new to learn from. Points regarding garnering the respect of those under your command can also be applied to gaining self-respect; before one can be respected one must first respect themself. There were only a select few points throughout the entire text which could be considered specific to the period in which it was written. Others may seem applicable to certain modern scenarios, particularly military, but also the text has found an audience in modern management. A large portion of this book is focused on leadership rather than simply strategy and tactics, as the latter cannot properly function without the former. Apart from advice on the proper execution of leadership, Sun Tzu also outlines in great detail how you can recognise the signs of ineffective leadership.

This book, while most commonly used today in business, has the wisdom to help any who read it in some way or another. It may be an ancient military doctrine, but its usefulness reaches beyond scenarios exclusively of conflict and leadership. In a strange way, it doubles as a book of mental self-help; many find it to be invaluable in the overcoming of their inner struggles. It helps to clear the mind, cure indecisiveness, and, to an extent, ease uncertainty. The Art of War can be read easily by anyone of any age. It does not try to impress or perplex with complex sentences; rather it communicates complex ideas through simple metaphor. It is also a quick read at exactly 100 fairly-spaced pages, perfect for train commutes or general down time. This book is certainly well worth the read. 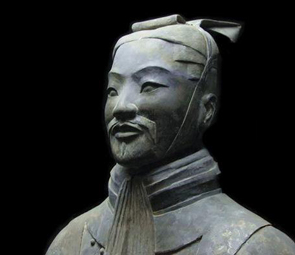 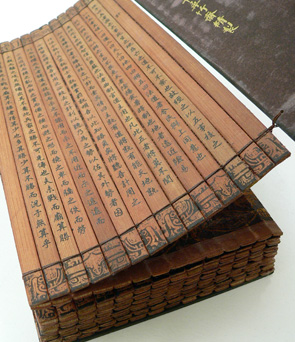 This version of The Art of War was one of two texts found in two Han dynasty tombs (206 BC – AD 220) in Shandong Province in 1972. The second text by Sun Bin explained and expanded on Sun-Tzu's work, so acted as a kind of appraisal or interpretation. The Art of War is belived to have been written around 500 and 430 BCE. I'm guessing that the means of production, in bamboo strips, may have also affected the verse style of the book.