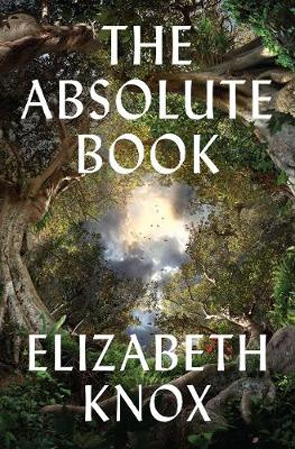 I loved this book. It would have to be one of the best fantasy novels I've read. It starts off like a crime novel, with the murder of the sister of one of the main characters. And police investigations continue to form part of this wide-ranging story, when Taryn takes revenge on the murderer. But gradually the real-world fades away, replaced by the world of the Sidhe, and deeper concerns than a murder investigation.

The story centres around Taryn, a woman whose world has been shaped by the murder of her elder sister when she was nineteen; Jacob, a policeman who does not like the idea that a rich person can get away with murder; and Shift, a strange man who only gradually reveals who he is and what he wants.

There are a lot of things happening in this book, and the story moves along so quickly that it is easy to feel lost as to what is happening. Although it is fast paced, I think it is a book which should be read slowly, and savoured, so that little details don't get missed along the way. The story is packed with references to other stories and mythologies. I understood a lot of them, but I'm sure there were many I missed as well. A good knowledge of world mythologies would be useful for getting many of the references, as Knox blends Norse, Judeo-Christian, Irish and British myths and links them all into the same tale. For example, Munin and Hugin, Odin's ravens, are linked to the raven Noah sent out in the Genesis story, to determine if the flood water had subsided. Little references which may seem unimportant near the beginning are gradually developed throughout the story to become important to the plot, such as the reference in one of the opening chapters to the Brexit movement being a longing for a heroic king (Arthur) to return to save Britain. And some of the references to myths are funny, such as the various references to the malleability of gods, such as the Christian god who got too confused by all the different views his followers had of him, and therefor chose to seclude himself. Or the fact that Odin has not been himself lately, his head having been turned by new worshippers of the wrong kind: Jacob works out that this obscure statement from Neve refers to white supremacists who have tattoos of valknuts over their nipples.

It would also be useful background for this novel to be widely read, as Knox has also thrown in a lot of literary references, and some of these do become part of the plot, such as the reference to Tove Jansson’s Moominpappa at Sea, where the garden created by Moominmomma in that story becomes important to Taryn finally understanding her mother, and in helping them to complete a task in purgatory.

As well incorporating myth and literary references, Knox also works in a number of real-world references (or half references, like the hints at the roles Taryn's father, an actor, has played). What is that series of popular fantasy movies he has been filming in New Zealand? And what highly popular TV series is he currently filming, where his character has so far managed to survive through several seasons? One important scene in the book takes place in a public library in the south of France. The description of the entrance to this library intrigued me so much that I immediately resorted to Google, to see if it really existed. I am pleased to say that the Bibliothèque Méjanes in Aix-en-Provence really does exist and looks to be as amazing as it is described.

The fantasy world is used to reflect many of our contemporary concerns, such as information management, terrorism, and the environment. The environment and the impact of anthropogenic changes to our world become an increasing the theme in the story. Unfortunately, in the epilogue, this treated in an extremely heavy-handed manner. The message may be important, but it felt forced at the end and I resented the way Knox suddenly made this what the entire story had been about. It's the epilogue that dropped this down to a 4.5 star rating for me. Up until then it was a 5 star. Could the book have done without the epilogue? Perhaps, we might have been able to use our imaginations and determine for ourselves what might be the impact of the final scene. However, I think that some form of closure was needed at the end, such as Taryn's decision as to what she should do, and the message that we can't depend on a mythological hero to save us. So, I like the idea of the epilogue, just not the one that was written.

Overall this is a beautifully written book, one with many stories happening at the same time and many inter-connected events that fit together. The three main characters all have something missing from their lives, and all need each other as they search for what is missing. The book ties all their stories together to form a complex whole. Highly recommended. 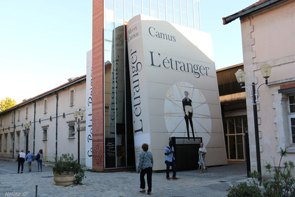 Bibliothèque Méjanes in Aix-en-Provence, France
This is a public library whose archives include medieval works dating to the 12th to 15th centuries. An important scene in the book takes place at the impressive modern entrance to the library. The three giant-sized books are Albert Camus’s L’Etranger (The Stranger/The Outsider), Antoine De Saint-Exupery’s La Petite Prince (The Little Prince) and the writings of Moliere.