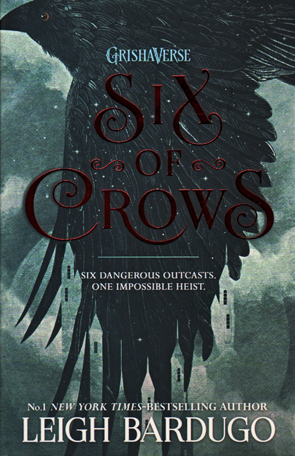 I read Six of Crows upon request by the owner of the Soups website on Neocities. That is also to say, this is not the kind of book I would have selected otherwise: I have read little in the way of Young Adult or Fantasy fiction over the last few years. So, to answer the obvious question straight up – did I enjoy the book? – I would have to say yes. To answer the next obvious question – would I read the sequel, Crooked Kingdom? – I would have to say no. This is not a judgment of Six of Crows but a reflection of my personal reading tastes. I would have loved this book in my youth. Now that I am older and curmudgeonly, I can acknowledge that it’s well done. The plotting is excellent, with believable characters who are well balanced in their skills, while their interpersonal relationships give balance to the plot. And that’s important. This is, after all, not just a heist story, since its characters also form a ‘found family’, a common trope in many films and books aimed at the teenage and children’s market. Its six major characters are all eighteen years old or younger, all outcasts in some way, and have come to depend on one another. There are also two burgeoning love stories that develop across the book and its characters reflect upon their formative experiences more than the wider social issues that drive their mission. So Six of Crows is aimed firmly at the Young Adult market

But to start with, I’d like to come back to that sequel …

I’m not a fan of films that brazenly set up the sequel in the closing scenes, even as you’re trying to recover from all the action that has just blazed across the screen. I could say the same for Six of Crows which is also a book of blazing action. Admittedly, the action is compelling. I found myself reading large sections of the book in my final two days – about 300 pages – to the point where I felt a little drained. So, without giving too much away, I also felt wearied that Bardugo was warming up the engines for the next book two chapters before the close of this novel.

But what else could you expect from me, being a curmudgeon, as I have said.

Six of Crows is a classic heist story set in the world of the Grishaverse. The Grisha are people gifted with powers to manipulate the elemental world, be it within the human body, the weather or by manipulating materials such as metal. Each Grisha specialises. For instance, Grisha who can manipulate the workings of the human body are known as Corporalki, and they either specialise as Heartrenders (those who can adversely affect others, even kill) and Healers. The problem is, there is a new drug, jurda parem, now being developed by a scientist called Bo Yul-Bayur, held captive in the Ice Court of the drüskelle. The drüskelle are witchhunters, who take it as their sacred mission to eradicate the Grisha. Jurda Parem is a drug with devastating effects. It is almost instantaneously addictive, and thereby has the power to enslave any Grisha taking it. But it also enhances the power of the Grisha enormously. There are reports of Grisha who can walk through walls, even take total control of other minds while using the drug. Any nation with the power to control enslaved Grisha has the potential to disrupt the financial system and the balance of power in the world.

This is where Kaz Brekker’s gang comes in. Kaz is tasked with breaking Bo Yul-Bayur from the Ice Court before he can perfect the use of jurda parem for the drüskelle. To accomplish this almost-impossible task he takes Jesper, his sharp shooter, Wylan, the son of the merchant who has hired him, Nina, a Grisha heartrender, and Matthias, a drüskelle who knows the layout of the Ice Court. To add to the complication, Matthias has been imprisoned for a year in Ketterdam due to false testimony given by Nina. It is not the only difficult relationship in the group. Finally, there is Inej, Kaz’s ‘Wraith’, a young girl skilled in acrobatics who can move noiselessly over almost any terrain and act as Kaz’s spy.

The novel, on the whole, is well crafted. Burdugo uses the group dynamics effectively to create drama and twists in the plot. Her use of back story not only makes her characters believable and appealing, but helps to create a sense of mystery and anticipation by withholding key aspects of their backstories until crucial moments.

Likewise, Bardugo’s world building is excellent. This is undoubtably helped by the fact that Six of Crows is one of several novels that have been set in this universe. There was enough information in the book to gain a sense of the setting – the Barrel – the backstreets of Ketterdam – feel like a nineteenth century slum in London. But there are also plenty of tantalising allusions to events and places that fall outside the main impetus of this plot: the Ravkan civil war or the Shu, for instance, which are part of the larger backdrop which remains mostly unexplained, but which no doubt form the subject of some of Bardugo’s other novels. The maps at the beginning of the book are also useful: just detailed enough to evoke a sense of the world and to understand some of the mechanics of the heist. The map of the Grisha world is an extract of a more expansive map which can be found on the Grishaverse website.

Like many Young Adult novels, the story deals with issues relevant to its audience. The use of jurda parem is a cautionary tale about the dangers of drugs, for instance, with its ability to enhance Grisha power like the euphoric or empowering feelings attendant with some drug taking, while its addictive and debilitating after-effects are all too apparent. The ideology and practices of the drüskelle also have intimations of the dangers inherent in othering marginalised groups, be it for race, religion or what have you. Their uniforms, language, beliefs and rituals are vaguely familiar, recalling cults or right-wing groups like the Nazis. And refences to the Grisha as witches and the drüskelle’sdetermination to persecute them needs no explanation. Conducting a ‘witch hunt’ has become a byword for the actions of any overzealous group determined to persecute others.

Kaz Brekker, the group leader, reminded me of Eoin Colfer’s Artemis Fowl. He is street smart and always one step ahead of the competition. But like Colfer, Bardugo has also imbued her hero with a sympathetic backstory – in this case, the death of his brother, Jordie – and a motivation beyond money to make him sympathetic: revenge.

This is what makes Six of Crows a classic heist story. Remember in the Clooney version of Ocean’s 11 (with which some critics have compared this book) it’s not just about the heist, but about Danny getting revenge over Tess’s relationship with Terry Benedict, the casino owner. It’s about setting things straight. So while the heist story focusses upon the criminal, unlike regular crime fiction which makes the detective its focus, the heist story is also driven by a moral imperative. In crime fiction the plot is focussed on the investigations of the detective to find out what has happened. In heist stories the focus is upon how the criminal will perform the crime, and the tension lies between the plan – the equivalent of the detective’s solution – and the execution of the plan, which is always thwarted by complications. Crime fiction looks backwards and moves from action to thought. Heist stories begin with a plan and move toward action. But at the heart of all this is a distinctly different world view, also. Detective fiction (I refer specifically to examples closer to cosy detective fiction rather than hard-boiled, for instance, which has more in common with the world-view of heist stories), has a consensual view of society. That is to say, its underlying assumptions are that the world is well-ordered. The crime is a disruption to order which the detective is tasked to restore. Heist stories assume the world is not ordered but works through competing interests. Little wonder then that the perpetrators of crime in golden age cosy detective fiction tend to be from the upper classes, while Kaz and his gang are from the slums and have had to fight their way up in the world. The underlying premise of a heist story, however, is that the heist imposes a moral resolution, be it through revenge or simply by attacking power or privilege. The heist story, therefore, is a story about the underdog righting a world that is wrong, not righting a wrong against the world order. That’s what makes criminals in heist stories appealing. And in Six of Crows we get a sense of the moral compass of each character, see their assumptions and beliefs challenged, and witness their growth. Kaz’s gang not only act to save the world from a disruptive drug (and earn a lot of money), but they must also consider the reach of their own powers and the moral limitations which must be placed upon them.

I enjoyed reading this book, even though it is not the kind of book I would like to read all the time. It is well plotted, well-paced, it has compelling characters and a clear, believable objective. This is a novel with characters relevant to its audience and with something to say about our own world.

Netflix has announced an eight episode series that encompasses the Shadow and Bone trilogy as well as Six of Crows and Crooked Kingdom, all set in the Grishaverse. The series will be called Six of Crows.
Widget is loading comments... 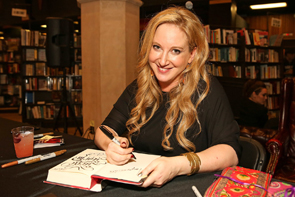 You can visit Leigh Bardugo’s Grishaverse website by clicking on the title above. Her website includes information about her characters, the Grishaverse as well as the novels, including upcoming titles. The site also has other things to explore for fans, like maps, wallpapers, quizzes, as well as videos of the author speaking about her books and how she was inspired by her reading of other authors.