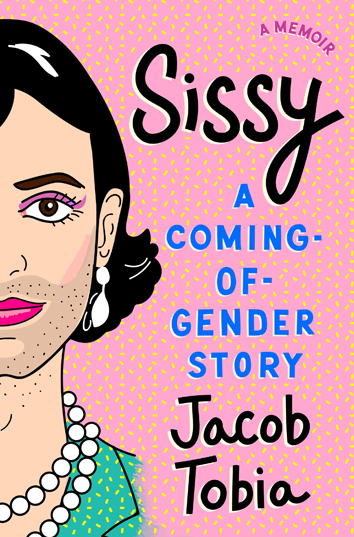 Sissy is the detailed and candid story of Jacob Tobia's journey from being classified as a male child at birth to the gender-queer activist they are today. Tobia’s choice of third-person pronouns – they/their – reflects their desire to eschew traditional pronouns that limit individuals to binary male/female identities. This is just one linguistic choice out of many that are now being used to express non-traditional gender identities. Tobia doesn't pretend to say their experience matches all other queer experiences. In fact, as the following quote illustrates, Tobia strongly feels that there is no one authentic or authoritative non-binary/queer experience:

No one trans story is better or inherently more radical than another, but that hasn’t stopped cisgender media culture from deeming certain trans stories to be more valuable than others. Those of us who don’t fit the classical narrative end up either having our stories edited and reedited until they fit, or end up having our voices silenced. And that’s fucked. At its best, this narrative is just an oversimplification of the trans community. At its worst, this narrative is used as a tool—reinforced by cisgender editors, curators, movement leaders, and gatekeepers—that continues to pressure trans people into fitting into one of two binary genders. By showing how desirable it is to be gender conforming and pass as a man or as a woman, this narrative reiterates the idea that gender nonconforming trans people are less-than and should be lucky to be treated as the gender with which we identify.

However, the book does provide a good overview of societal expectations, workplace norms, discrimination and some of the politics of gender which affect non-binary and gender-queer people; the marginalisation often felt by people who don't conform with societal norms and who feel invisible or ignored. Ultimately, it's a simple story which advocates a world where people of all genders are treated equally and with dignity, and where everyone has the opportunity to live a life without shame for what they are. Tobias questions these assumptions made by mainstream society that can negatively affect non-binary and gender-queer people:

As people, our identities change over our lifetimes. This applies to transgender and cisgender people alike. Everyone has a gender that evolves. Even if you identify as a woman, what it means to be a woman is never the same from day to day. Or, if you identify as a man, the way that your manhood manifests will be different throughout your life. The idea that gender is consistent is a flawed premise to begin with. By resisting convenient labels and embracing authentic ambiguity, I want to challenge the tenet that gender must be consistent and immediately legible to others.

As a white, cisgender, able-bodied female, I realised while reading this book that I have very little knowledge or understanding of people who have different backgrounds or experiences to me. Certainly, I didn't even know what the terms ‘gender-queer’ or ‘non-binary’ meant. This book gave me a small insight into the life of section of society that is consistently ‘othered’, the gender fluid, non-binary people of the world.

Tobia recognised early in life that they enjoyed both ‘masculine’ and ‘feminine’ activities, taking equal pleasure in playing in the mud or finding sticks in the woods to use as swords and other such ‘rough and tumble boyhood’ activities, as well as taking pleasure in tea parties with Barbie dolls and glitter crafts. One problem I did have with some of Tobia's descriptions, is their assignment of many activities I think should be considered as gender neutral as ‘masculine’ or ‘feminine’ activities: playing with science kits as a suitable activity for boys, for instance, while assigning kitchen sets as a toy associated with femininity. I agree with them that these activities shouldn't be restricted only to one gender, but not the assumption that they are inherently for one gender or the other. I dislike the idea that it is a masculine trait to be interested in science and a feminine trait to be creative. I also dislike the implications that males are aggressive and that females are passive in their play. But I also think I am being a little snarky about this, as Tobia is using these traits as traditional types to make a point about expectations they felt were placed upon them, not as general comments on gender expectations.

I think one thing this book highlights, is that representation in the media matters. What people see influences how people view the world and what they will accept as normal. Representation for females is generally problematic, anyway, but has at least been improving in recent years (yay Captain Marvel!) Representation for trans-people, generally, and gender-queer people, specifically, is practically non-existent. When Tobia began to develop the courage to explore what their gender was and what it meant, they had no guidance whatsoever outside traditional male paradigms. So, this book might be the start of providing support for others; a feeling for those unsure of their gender identity, that they are not alone in their uncertainties. This book isn't preachy in its tone, and it isn't burdened with gender theory and sociology. Rather, it’s pithy and readable, with some funny anecdotes thrown in regularly to keep it entertaining.

Vintage clothes shopping with Jacob Tobia - a short video with some pretty clothes and a pithy message that gender and life are similar - they're both best when they're flexible
Widget is loading comments... 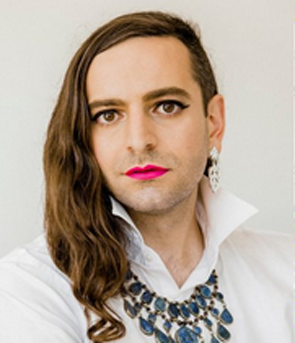 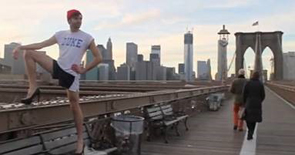 Running across the Brooklyn Bridge (1.1 mile) in 5" heels, December 2012.
They even managed a good pace, better than I think I could in running shoes! Tobia describes in their memoir that the inspiration for this challenge was to raise funds for the Ali Forney Centre, a shelter for homeless LGBT youth in New York which was severely damaged in Hurricane Sandy. It's an inspiring part of the book

I could hear the *click clack* of my heels on the brick walkway. *click* A boy starts a ballet class and doesn’t worry about what his friends will say. *clack* A college student reads Judith Butler. *click* A transgender person understands that, while they have a difficult life to face, they will not be alone. *clack* A sex worker reclaims her dignity and autonomy from a world that says she’s worthless. *click* A woman finds freedom from her abusive husband. *clack* A friend, struggling with bulimia, realizes that she is beautiful. *click* All people, man and woman, realize that in some small way, they have not been true to themselves, and the bonds of gender stereotypes and heterosexism dissolve into truth.