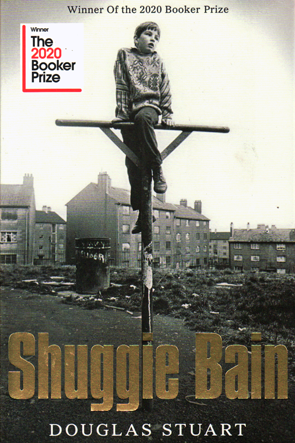 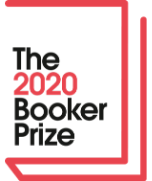 Shuggie Bain is the winner of the Booker Prize 2020 and tells the story of Shuggie and his mother’s struggle with poverty and alcoholism. Agnes Bain is an alcoholic and, in the end, there is only Shuggie to look out for her. Shuggie is about 17 years old when the novel begins, selling cooked chickens from a street stall. But this is after his family has broken apart and the alcohol has taken its inevitable toll on his mother. The rest of the story tells how Shuggie, from around 8 years onwards, is forced to look after his mother and take upon himself responsibilities that would normally be considered beyond his years. It’s the story about how he came to be where he is.

Shuggie Bain is a fairly standard third person narrative. Apart from the opening chapter, the novel is mostly linear. The ‘buzz’ around Shuggie Bain is not that it is ground breaking, but that it is a slice of reality. First, the novel is heavily indebted to Realist writers of the past. Shuggie’s youth brings to mind Dicken’s young protagonists – Oliver Twist, David Copperfield and Pip – for the portrayal of poverty and neglect, as well as their precocious intellect and morality in a world devoid of them. Another aspect of the novel’s ‘reality’ lies with the author’s own experiences. Douglas Stuart’s treatment of Shuggie is largely based upon his own relationship with his mother and her struggle with alcoholism. Added to this are formative struggles from Stuart’s own life: Shuggie’s growing awareness of his sexuality – Stuart is gay – and his difficulty fitting in with masculine working-class culture of the 1980s. For his part, Stuart designed clothes before he wrote Shuggie Bain, while Shuggie does not like football, plays with dolls and his mother’s makeup and likes little pony toys.

There is a suggestion of the unfulfilled wish – a thwarted fairy tale, if you will – as well in this story. With Agnes’ s story we are reminded of women like Madame Bovary or Anna Karenina, risking reputation and happiness for the promise of romance. Staurt begins the story of Agnes’s romance with Shug with Once upon a time, while continually expresses optimism for a change in her future: This time I mean it. I’m going to win big. I’m going to start living. I’m going to give Sighthill a showing up. I can just feel it. But romance with Shug soon devolves into ugly reality. When Agnes sings drunkenly on the stairs leading to their rented room, Shug is embarrassed and forcefully hauls her up by her hair, punches her in the face while wearing his ring and then rapes her. It is not the only rape Agnes will endure. And that’s not all for her relationship with Shug. Like Bovary or Karenina, it begins as an affair – Agnes is the other woman – and when they each leave their spouses to make a new life, Agnes finds that Shug’s eye continues to rove to other women. When Agnes has her regular card night with her female friends, Shug insists he will drive Reeny, who only lives a minute away by foot, home. It is many hours before he returns.

In fact, Shuggie Bain teeters between Agnes’s hopes and the despair of her failures. Agnes’s unrealistic expectation that changes in her circumstances will address her fundamental problems, result in promises made to her family which become increasingly unrealistic and never fulfilled. During her card night Agnes presents her friends with cross-your-heart bras, the very expression of a byword for promises. When Agnes attends the Gunslingers Ball with Eugene, another taxi driver like Shug, she engages in a mock-gunfight with another woman as part of the night’s festivities. Agnes calls herself ‘Phoenix Rising’ for her short stage debut, a sure clue to Agnes’s unfounded optimism that she can control herself and begin again. A new relationship with Eugene offers her more false hope, just as a move to the city from the housing scheme near the old coal mine where Shug abandoned her offers a chance at anonymity and a new start, except that Agnes cannot stop drinking.

Of course, the question that Shuggie Bain implicitly raises is whether poverty and despair are generational. Agnes’s parents surreptitiously sneak alcohol while Agnes hides caches of booze about the house. Children in the housing scheme tend to follow their parents’ predilection for alcohol and risky sex and sectarian squabbling, with little better to do. But Catherine, Agnes’ daughter from her first marriage, escapes by marrying Donald Jnr and moving to South Africa where diamond mines offer opportunity to men raised upon mining coal. In Scotland, the coal mines are closing down and once vibrant neighbourhoods are shuttered by the forces of poverty. Leek (Alexander) Shuggie’s older brother, and Agnes’ son to her first marriage, also, struggles to keep the family together and teach Shuggie how to fit in with other boys. Leek prizes a two-year-old letter of acceptance into a Fine Arts degree he keeps hidden in his pocket. Leek is a talented artist, but he knows that further education is a luxury his family cannot afford. Instead, he goes to work, trying to support his family, until he is forced out during an argument with his drunken mother.

It is Shuggie’s attempts to help his mother and his belief that his mother’s disease is a result of his own failure – he needs to try harder/he has to be better – that is the most heart-breaking aspect of the novel. Leek warns Shuggie to leave Agnes as soon as he is able, otherwise his attempts to reform Agnes will trap him in a miserable life as her nurse and enabler. Scenes in which Shuggie tends to his unconscious mother, undressing her, wiping away her vomit and making sure she doesn’t choke, are uncomfortably real, especially with the knowledge of Stuart’s own life experience. Yet hope lies in the very aspects of Shuggie’s character that draw the derision from other boys in the housing scheme: his fastidious attention to detail, his intelligence and desire to learn, not to mention maturity beyond his years, often signalled by his rather elevated dialogue.

Shuggie Bain is a well-written and engaging novel, mostly because its characters are sympathetic, but also because it has some excellent scenes that capture the circumstances of people living on the fringes of Scottish society, as well as the potential for revealing the darkness of the human heart. There is a chilling scene involving a story about Shuggie’s grandparents: Wullie, Shuggie’s grandfather, returns from the Second World War to find Lizzie, his wife, has had another man’s baby. When Agnes walks miles to pawn her only possession of value, her mink coat, the pathos and hopelessness of her situation are revealed when it is ruined in the rain. Yet there are also darkly humorous scenes that undercut the pretences of the alcoholic, particularly when Agnes is joined by her neighbour, Jinty, intent on getting smashed with Agnes, but who cannae stop long.

Some of the novel’s humour might trouble some people, since it may be interpreted as undercutting the seriousness of its themes. Yet to think this would be to miss the point that Shuggie Bain is essentially a hopeful novel; even if Agnes raises her hopes repeatedly, only to have them thwarted. Leanne, a friend of Shuggie, sympathises with his circumstances, since her mother, Moira, is also an alcoholic. But Stuart’s portrayal of Moira is more akin to the good-natured drunk: a little embarrassing, but entertaining and manageable. It’s a sop to the rest of the misery, perhaps, but to be too critical misses the point that Agnes is a figure of hope, even if she miserably fails. She always hopes to reinvent herself. And so, she does, for Shuggie is an extraordinary kid. He is her phoenix. If it seems too good to be true, too Hollywood, middle-class or simply naïve, you have to remember that Stuart is also telling his own story, here. Besides, every scene is tempered with reality. Moira may seem kindly, but she still sells her children’s Christmas presents one year to buy alcohol.

Overall, Shuggie Bain is a sombre read, although it is also entertaining as an insight into another world rarely written about. It has strong characters and many excellent scenes that have the potential to surprise and even fascinate its readers, and as much as it has the potential to disturb, there is always hope, too. 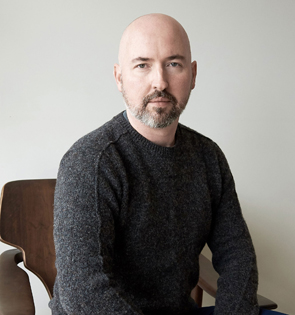 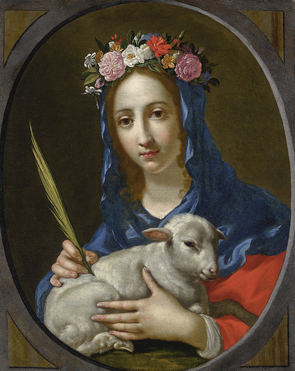 The handsome man shook his head. The room was quiet now. “Still, at the end, it was true, eh? I am in flames, yet I do not burn.” He wiped the spit from the corners of his mouth. “That’s what Saint Agnes had to teach us. How even in the darkness there is still hope.”

Agnes blinked blindly around the smoky room. She tucked her skirt and coat under her and made to sit down again. The man raised his voice again and pointed at her. “Flames are not just the end, they are also the beginning. For everything that you have destroyed can be rebuilt. From you own ashes you can grow again.”