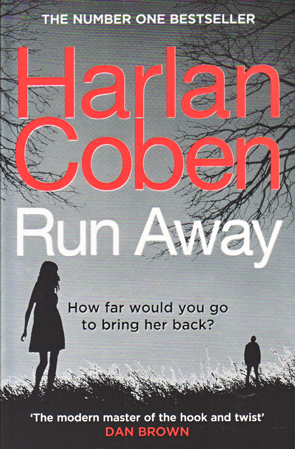 Every parent's nightmare: your child runs away from home. But what if you spend every waking moment trying to track her down, only for her to refuse any means of returning home? As a parent, just knowing eventually where she is, is not enough> You want to know that she's safe and bring her home to the life she lived, but the further you go, the worse it gets.

This is the premise of Harlan Coben’s new crime thriller, Run Away.

Simon, father to Paige, spends his time looking for his 21-year-old daughter who was last seen with her boyfriend, Aaron. Paige's mum, Ingrid has long ago decided that they must give up hope of bringing Paige home, but a series of events, including a recent sighting of Paige, makes her change her mind and join Simon in his search for their daughter.

Like most Coben hook and twist novels, there are a number of developments along the way, but from the start neither Simon nor Ingrid realise how deep they will need to go into the world of criminal gangs and the drug culture in order to reach their ultimate aim, Paige’s safe return and rehabilitation. Simon is somewhat naive in his attempts to approach Paige, and ends up being investigated by police and needing a lawyer, himself. And this is just one of the difficult situations in which he finds himself during the story.

This is a story of violence, threats, questions of paternity, drug use and murder. It is told convincingly, drawing an empathetic response from the reader. As I read it, I kept thinking how I would feel if I were one of Paige's parents. The all-too-familiar story about involvement in drugs would be devastating enough, but to see your child spiralling into an unknown abyss, and following her like a rabbit down that hole, far deeper than you ever felt was possible, would be unthinkable. And to know that there are obvious secrets which you aren't privy to would make surviving the situation even harder. That’s the dilemma and sense of helplessness that Coben captures so well.

Like any Coben story – I have read them all – you can never predict where they will go and this one was no exception. There are side stories that intertwine with the main plot, all the time leaving you wondering what relevance they have. Nothing is ever what it appears, until Coben unravels the various complexities at the end and the penny finally drops for the reader.

This reminded me a little of a movie I saw recently, Beautiful Boy, based upon David Sheff’s book about his son’s struggles with methamphetamine, but its real-life story was much more simply constructed, with none of the intricacies involved in Coben’s plotting. Coben is the expert of weaving a number of story lines together, and coming up with something you would never expect, just at a time when you think you have it all worked out.

This is one of the better Coben novels that I have recently read, although I must say that I think his writing just gets both better and more unpredictable.

He is recognised by his peer authors as one of the masters of the crime genre, and understandably, this one is no exception. It is a quick, simple read, one I was very glad I actually had the time to get into without spacing it out, without delaying the thrill, because it is a real page turner. I can thoroughly recommend it to people who like crime thrillers. 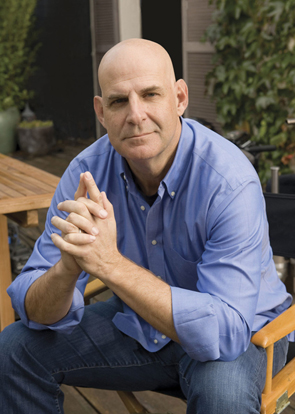