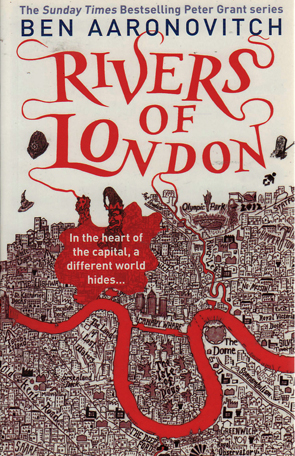 Sometimes I wonder whether, if I’d been the one that went for coffee and not Lesley May, my life would have been much less interesting and certainly much less dangerous. Could it have been anyone, or was it destiny? When I’m considering this I find it helpful to quote the wisdom of my father, who once told me, ‘who knows why the fuck anything happens?’

Thus ponders PC Peter Grant, a constable nearing the end of his probationary period, near the beginning of Rivers of London. A chance encounter with a ghost at a crime scene leads to him escaping a future in the Case Progression Unit (that is, stuck with paperwork) and joining a specialist unit which tackles crime involving the supernatural. Along with this, he gets to become a trainee wizard, the first in seventy years.

This is not the magical world of Harry Potter, where there is a whole world of magic that must be kept away from the muggles, or the rarefied world of Jonathon Strange and Mr Norrell where theoretical magic is an acknowledged hobby for gentlemen, but a police procedural with just a few elements of magic added. Magic is a fact of life for a few people, known by some members of police hierarchy but ignored as much as possible and kept well out of the limelight. Regular policework remains a major part of the story.

There are two main plotlines – a series of violent murders across London and a territorial conflict between Mother Thames and Father Thames. Grant is working on the murders, coordinating the magical side of the crimes with his former partner Lesley May who has been assigned to the murder team. But in between the investigation, beginning his magical apprenticeship and learning Latin, Grant has to negotiate a truce between the warring factions of Mother and Father Thames. The negotiations bring Beverley Brook into his life. Beverley is one of Mother Thames’s youngest children, extremely attractive, bored with hanging out with her family and being bossed around. She attaches herself to Grant and helps him at times.

For the early part of this book, I found this story disjointed, as it moved between the two main plotlines. The narrative changes seemed abrupt and not well coordinated. But by about halfway through, I either got used to the style, or it all began to better pull together for a harmonious whole. Maybe it was both. I'm hoping that the world Aaronovitch has created in this book is further developed in his later books.

The personifications of the rivers was one of my favourite aspects of the story. The contrast between the old world of Father Thames who controls the Thames system above Teddington lock, more leaning on the traditions of rural England, and the new world of Mother Thames who controls the tidal reaches of the Thames across most of London, showing the vitality and life of immigrants coming to England, was clever, and I found all the characters associated with this part of the storyline to be amusing.

I enjoyed this book and look forward to reading more in the series. The style is humorous, Grant is an appealing character – a bit of an idiot but good natured – and I was willing to accept the weird world he somehow fell into. Grant proves to be a quick learner, and he is able to figure out the murders, even if he is not able to save the one person he really wants to save. He also proves adroit at managing the Thames negotiations. I enjoyed his questioning approach to magic, and his experiments to find out how it actually works. I also liked his interest in history, that he gets distracted from his policing duties by reading information boards instead of concentrating on his job. I think this aspect of his character is what makes him appealing to his new boss, Detective Chief Inspector Thomas Nightingale (last remaining magician in London), and is also what leads to him making the needed connection between the murders and the traditional story of Punch and Judy.

This was a quick read. It would probably appeal to people who like light police procedurals with a twist of urban fantasy. 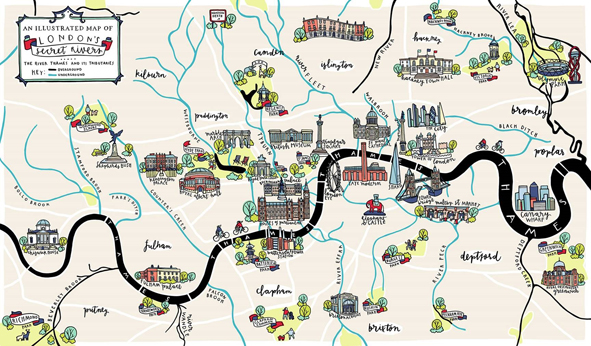 Decorative map of London showing many of the now hidden rivers that once flowed in the city. Personifications of the river form a major part of the story of Rivers of London. Beverley Brook, a major character, can be found in the lower left corner, and the Tyburn and Fleet, lesser characters, can be found around the centre.
Widget is loading comments... 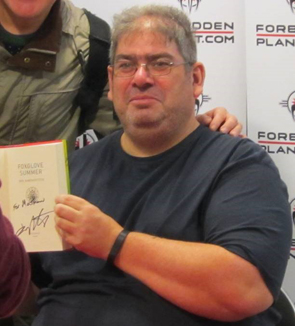 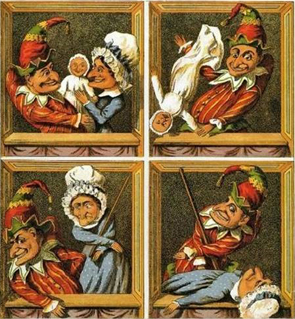 Punch and Judy
Punch and Judy, a traditional puppet show, is linked to the main plotline of Rivers of London, when a malevolent ghost of Mr Punch returns to London