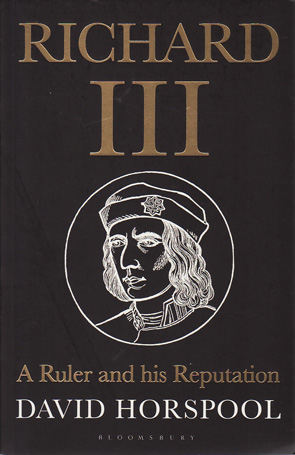 A Ruler and his Reputation

I decided to read this book directly after finishing Josephine Tey’s novel, The Daughter of Time. Tey’s novel famously sought to rehabilitate Richard III’s reputation. Richard was most famously vilified by William Shakespeare and by the near contemporary account by Sir Thomas More, disparaged in Tey’s novel, which questions both his authorship and the biased tone of the work.

Richard III reigned briefly from 1483 until his death in the Battle of Bosworth Field against his opponent and successor, Henry Tudor, afterwards Henry VII. Richard succeeded his own brother, Edward IV, although he technically followed Edward’s son Edward V, who was attainted, along with his brother Richard, and who came to be known as the Princes in the Tower, after they were placed in the Tower of London. One of the great historical conundrums is whether Richard had the two boys murdered to secure his own tenuous grasp on the crown. Josephine Tey implicated Henry VII as the true murderer. David Horspool, in this historical account, is more circumspect.

Horspool begins his account by returning to Tey’s novel. He raises a criticism of the novel which I discussed in my review of it; that Inspector Grant’s investigation is motivated by a portrait of Richard III which suggests a character not in keeping with his monstrous reputation. Naturally, discerning character from a portrait that is centuries old is fraught with difficulty, but the process becomes that much more questionable when one realises that the portrait is not from life. That it was, as Horspool points out as much a work of imagination as any of the nastier faces of Richard made by painters or conjured by chroniclers or playwrights. This comment provides an insight into the veracity of this book as history. Where Tey was an amateur historian writing a novel and where Shakespeare was a playwright aiming to entertain, Horspool is a professional historian dedicated to what can be known from facts. To some extent, this may not please staunch Ricardians, since Horspool does not attempt to rehabilitate Richard, nor might it please those vehemently opposed to the Medieval king, since he is not entirely damning, either. However, Horspool’s acknowledgements recognise the work of the Richard III Society and the support they gave him for his research, so Horspool’s critical appraisal of Richard must fit somewhere along the spectrum of acceptable Ricardian belief.

Horspool attempts to trace Richard’s story from his childhood during the period when his father was a player in the War of the Roses and also a contender for the throne, revealing how little is definitely known about someone’s childhood from this time, even a former king. The narrative focuses more on Richard’s father at this point, although small insights are drawn from scant references, as well as books purported to have belonged to Richard. The same applies to the other end of Richard’s life, his death of the Battle of Bosworth Field, for which one former historian chose to pass over entirely for I lack the illumination of eye-witnesses. Horspool is a little braver. He attempts to piece together what may have happened at the battle, but asserts that it is only a guess, based on little information as well as archaeological excavations of the site which show the surprisingly heavy use of ballistics for the time. Added to that, Horspool has the added advantage that Richard’s remains were discovered in 2012, and they revealed a great deal about the wounds suffered by the king and how he died.

Horspool’s book is literally written in the shadow of this discovery. The dig was performed by the University of Leicester with the urging and support of the Richard III Society, particularly Philippa Langley, whose book The Search for Richard III: The King’s Grave, I read a few years ago. Since the discovery of Richard’s remains on the first day of digging, Horspool suggests a political shift in attitudes to Richard: It has been hard to resist the implication that because Ricardians ‘found’ Richard, Ricardianism as a whole is ‘right’.

Horspool’s wider implication is that the Richard III Society, formed to counter the enduring image of Shakespeare’s Richard and Laurence Olivier’s famous portrayal, potentially moves the debate around Richard from academic to moral assessment; that there is an emotional investment in the project to rehabilitate Richard’s reputation that is not entirely borne by the evidence. The moral assessment focuses upon Richard’s good acts, like his parliament that introduced enlightened laws concerning jury empanelment and fines, but for which Ricardians claim an excessive credit on laws concerning bail, which were not new. This, along with a tendency to ignore or explain away evidence that is less salutary seems to characterise Ricardian approaches, according to Horspool.

One example will suffice for this. When Tey focuses her discussion of the probable murder of the princes, she needs to discredit any rumours prior to Richard’s death for her thesis that Henry VII was the culprit to have any weight. Her hypothesis is that the rumours were at the margins, likely started by John Morton, later Henry VII’s Archbishop of Canterbury, who hated Richard, but other than that, the rumours had not started. However, Horspool points out that the rumours were far more widespread and were the basis of popular uprisings against Richard. While Tey might argue that Richard had no reason to kill the princes, since his act of Titulus Regius gave him right to the crown, legally unopposed, Horspool more realistically points to the effect the uprisings would have had on Richard, and the motivation to remove Edward and his brother as possible successors. Added to this is the pressure put upon Richard’s reign by France’s backing of the little-known Henry Tudor. Why back Tudor if the princes were believed alive? Also, would it not have been in Richard’s interests to produce the princes to quell the rebellious impulses in his kingdom if they were alive? And above all, the whole matter points to a fundamental problem fatal to a king: Richard was not seen as legitimate. The means by which he had taken power had poisoned his reign.

The argument about the princes’ fate is the most famous aspect of the Richard III story, but it only forms a small part of Horspool’s book. The political intrigues and the quick unwinding of Richard’s power are examined in detail, including incidents that seem bizarre to a modern reader. That people could be arrested and tried for making a horoscope of the king, for instance. It was illegal to discuss – even imagine – the king’s death, and a horoscope which might predict that time fell within the definitions of a treasonous act. Of interest, also, is the significance that could be placed on physical deformity in Medieval times. Richard was portrayed by Shakespeare as a hunchback. Finding Richard's remains confirmed he had severe scoliosis, but was not a hunchback. But for the people of Richard's day, who saw his body near-naked when it was displayed for public viewing, Richard's physical deformity was a mark of inner character.

Horspool’s narrative is dense and requires careful reading, especially since there is such a large number of characters in the history, some of whom can be confused. Richard’s father (also a Richard of Gloucester) was allied with two Richard Neville’s for instance, father and son, and the tendency to give a parent’s name to a child is not limited to this instance. However, this book is a valuable account since Horspool understands the position of Ricardian reformers and attempts to test the limits to which Richard can be reformed based on an empirical assessment. He does not seem to hold a bias either way, but instead attempts to paint a portrait of a complex man whose strengths and qualities were admitted even by his enemies, but whose failings are also evident in the historical record. 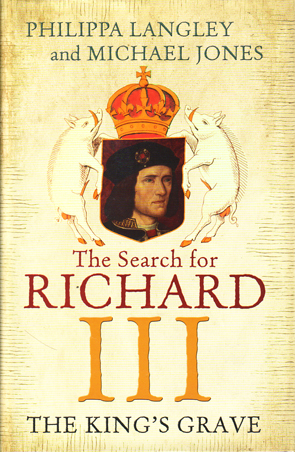 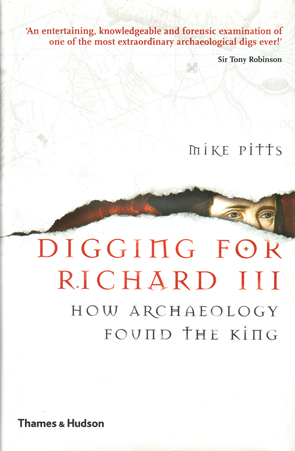 Ricardian histories of Richard like those above, inspired by the finding of Richard's remains in 2012, have gained an acceptance in the popular imagination. David Horspool examines Richard's character through the evidence available, and offers a more objective assessment on the king's character.