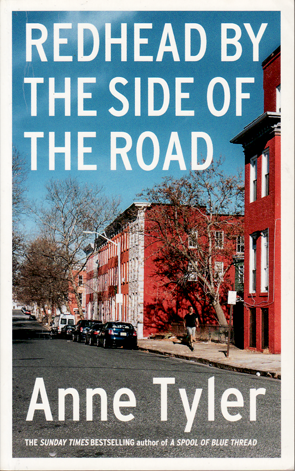 Redhead by the Side of the Road
Anne Tyler
bikerbuddy

Postmodern fiction and 19th Century novels have something in common. In theatre it would be called ‘breaking the fourth’ wall, that moment when the artifice of stagecraft is foregrounded at the expense of verisimilitude. In novels it might happen when the author intrudes upon the narrative to direct the reader or comment upon what is happening. As narrator, Jane Eyre draws attention to the construction of her story as a novel: dear reader I married him. John Fowles went further in his 1969 novel The French Lieutenant’s Woman when he first appears in a railway car as the author, watching his creation Charles Smithson, and later when he entirely undermines the conventions of 19th Century Realism by offering his reader two different endings from which to choose.

I offer this observation as a preface to my review of Anne Tyler’s Redhead by the Side of the Road, because I can’t help thinking that talking about authorial intrusion is a useful way to approach this novel. But if you’ve read it, that may seem like a complicated way to start talking about a simple story. So let’s start with the story, instead. Tyler presents us with Micah Mortimer, a computer technician who lives on his own but has a ‘woman friend’ - he refused to call anyone in his late thirties a “girlfriend” and has difficulty connecting with others on a personal level. He began his own business TECH HERMIT after he found his former business partner too difficult to get along with, but the truth of the matter is that Micah is having difficulty relating to anyone. He has a strict weekly schedule of cleaning, exercise and other jobs to which he adheres, and he is satisfied with the structure and predictability of his life. His family – he has four sisters and he is the youngest – think him ‘finicky’. But Micah likes everything under control. He has a belief in perfectibility and he strives for that. This is a man who, when he drives his car, puts his blinker on every time and takes pride in bringing his car to a perfect stop. He imagines (though he is not so mad to believe) that traffic Gods watch his skilled driving and comment upon his finesse. That’s how things are for Micah until Cassie, his ‘woman friend’, believes she may face eviction over a cat she has adopted and Brink, the son of a former girlfriend from his youth, turns up on his door suggesting he might be Micah’s son.

Anne Tyler is an intrusive author from the start:

You have to wonder what goes through the mind of a man like Micah Mortimer. He lives alone; he keeps to himself; his routine is etched in stone.

Does he ever stop to consider his life? The meaning of it, the point? Does it trouble him to think that he will probably spen his next thirty or forty years this way? Nobody knows. And it’s almost certain nobody’s ever asked him.

Tyler’s tone is judgmental, her litany of facts about Micah, impersonal (Afternoons he can be spotted working around the apartment building; he moonlights as the super). He doesn’t exist as a character in our minds before Tyler dismisses him. Micah Mortimer is no-one important. He has done nothing special and does not deserve our admiration, even if he has not earned our enmity. It’s an interesting strategy. The author is so controlling that as readers we want to resist her manipulation and find something interesting in Micah. He may be a nobody, his life may be overly regulated, but he has an everyman quality in that. Ironically, and Anne Tyler is obviously a skilled enough writer to know this, the opening of the novel has placed the reader firmly on Micah’s side.

Even so, we understand Micah’s limitations. When Cassie hints strongly that she would like to move in with him, since she fears eviction, Micah fails to take the hint. Cassie becomes increasingly annoyed and makes the point she might find a car to sleep in with others. Instead of understanding her distress he makes a bad joke: Why do that when you’ve got a car of your own you can live in? In fact, he seems to have a history of missing vital cues with women that have led him to his impasse at the age of forty-three (almost forty-four). Cassie leaves him and he is left to wonder what it is about me that turns women off.

Yet it is possible that Micah can be admired and Anne Tyler lets us see this. Brink relates to Micah, not just because he believes Micah to be his father, but because he feels they are similar and Micah can empathise with him. Micah struggles to act as a good mentor, even though Brink is another complication to his life. And Brink’s adoptive father, Roger, is able to see worth in Micah’s life (…a man who earns his own living … Who appears to be self-sufficient. Who works very hard, I assume, and expects no handouts.). The author may have loaded the dice against Micah, but we’re still treated to a rounded character.

And this is what I found fascinating about the novel: that it works as a simple plot-driven domestic drama, but Tyler intrusiveness demands we think about it. She repeats the words of her intrusive opening close to the end of the novel, but that isn’t everything. By doing this Tyler has called attention to the constructedness of her text. She has presented us with what works as a modern morality play equivalent, and in so doing opens up speculation about things like the title and characters names. Brink, Micah’s purported son, is aptly named. Micah is on the brink of middle age while Brink is on the brink of adulthood. Brink is a version of Micah’s former self and both men stand at critical moments in their life. ‘Micah’ is a Biblical name meaning one who is like God (his surname, ‘Mortimer’ has its Latin root in ‘Death’), and the novel subtly meditates on philosophical questions with a basis in religious and philosophy. The novel’s title, as a clichéd trope, suggests the possibility of a sexual encounter, but Micah, who jogs each morning, is perturbed by a fire hydrant he sees on his runs, which he never fails to mistake as a redhead by the side of the road. He is aware of his changing eyesight, a signal that he is getting older. His refusal to call Cassie a girlfriend is not so much to dismiss her, but recognises that he is at a juncture in life in which things might change. He might end up alone. The ‘redhead’ of the title, then, is both sexual frisson and a metaphor for the sombre reality of getting older.

Our interest in Micah is not only as someone whom we hope will sort out his problems (plot) or someone with whom we empathise as everyman (theme). Micah’s life, which is what Tyler wishes us to judge, is one of alienation and isolation. As a twenty-first century man he is losing his connection to others, his ability to relate and his hope that he might do so. His estrangement from the world represents modern Existential problem of alienation. Micah believes he can keep his house clean and thereby live an ordered life but his family gently deride him for it. His sister Liz claims his ‘finicky’ nature lies in his genes: his grandfather was the same. This is an argument based on biological determinism from under which Micah could not escape, could not change. Another sister, Ada, thinks life is a matter of accepting things as they are, a view akin to religious resignation. Micah’s lifestyle regimes are anathema to that. But Micah does not see his life as limited. Rather, he asks What is the point of living if you don’t try to do things better? Micah expresses a desire for things to be perfect. It is more akin to the Enlightenment ideal of perfectibility: that we can strive towards betterment as individuals. I don’t think Tyler wishes us to settle upon this ideal as the answer to her authorial questions, since it is Micah’s working through his problems that is of interest to us as twenty-first century readers, not an answer from a God-Author. But the fact that she has taken us to this point with such a simple narrative – without burdening our conscious reading of the story – belies a skill that is not readily apparent from such a deceptively quick and simple read. When I started this book I thought it was lightweight, but as I finished it, and as I thought about it over the next day before I started to write this review, I came to see it as a skilled, well-crafted novel that is thought provoking and relevant. Recommended. 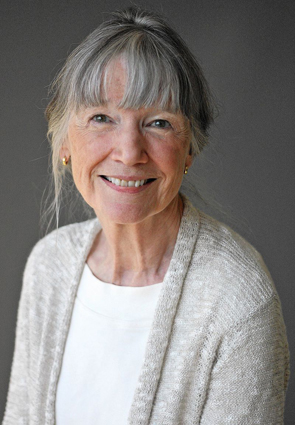 You have to wonder what goes through the mind of a man like Micah Mortimer. He lives alone; he keeps to himself; his routine is etched in stone. At seven fifteen every morning you see him set out on his run. Along about ten or ten thirty he slaps the magnetic TECH HERMIT sign onto the roof of his Kia. The times he leaves on his calls will vary, but not a day seems to go by without several clients requiring his services. Afternoons he can be spotted working around the apartment building; he moonlights as the super. He’ll be sweeping the walk or shaking out the mat of conferring with a plumber. Monday nights, before trash day, he hauls the garbage bins to the alley; Wednesday nights, the recycling bins. At ten p.m. or so the three squinty windows behind the foundation plantings go dark. (His apartment is in the basement. It is probably not very cheery.)

Redhead by the Side of the Road, Opening Paragraph