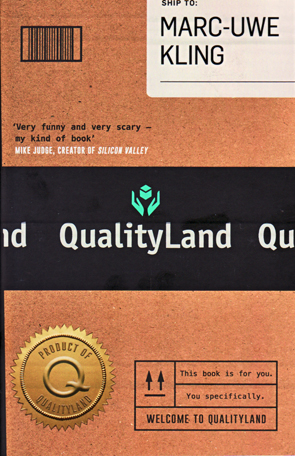 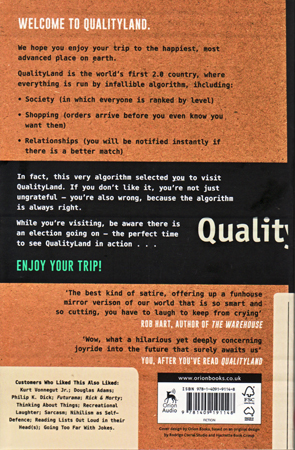 Like many gifts, when opened, QualityLand has a wrapping that may be found to be somewhat more enticing than its content. My edition of the novel sports a cover that imitates a delivery package – I’ve put the front and back covers up for you to see – complete with fake barcode and customer recommendations. Customers who liked this book, we are assured, also liked Kurt Vonnegut and Douglas Adams, among others. There’s a lot of playful stuff going on, including a welcoming introduction to QualityLand once you open the cover, as though the reader is about to visit a real place, with much-needed background provided for the visit. There is even a technical note - This book is not internet-enabled (we need to know this because we’re in the future, right!) – as well as Version Notes from Calliope 7.3 (a robot who turns out to have written the novel).

This all ties in nicely with Kling’s world building, which is the strength of this novel. QualityLand is a world of our future. We know this because Star Wars has reached Episode 16, Game of Thrones is in its eighth series (a virtual reality offering), the Terminator films have reached a silly number and personalised versions of classic stories are popular. The pornographic version of Pride and Prejudice is funny, but it was an obvious thing to do.

QualityLand as dystopian fiction is very clearly a parody of the present. Sure, a hyper-rational android is running for president, but it’s mostly like now with some exaggeration. QualityLand is a world in which relationships can be determined through algorithms, for instance, that match you to a partner (or a better partner if one becomes available), in which sex is pre-conditioned upon the signing of a contract over a hundred pages long and in which TheShop – The world’s most popular online retailer – has such advanced customer profiling that it can send customers merchandise before they even know they want it. It’s a world in which capital is increasingly centralised while traditional employment is disappearing, ceded to artificial intelligence. One of the things about QualityLand, despite the name, is that it doesn’t seem like a great place to live. Sure, consumer needs are met, but criticism of foreigners is pervasive, a sure sign of disquiet, while ‘terrorists’ in QuantityLand7 hover ineffectually at the edge of the narrative. Even the robots who serve humanity – everything from toasters, self-driving cars, doors and ‘QualityPads’ – are plagued by neuroses, having become so advanced. Their developing consciences may make them incapable of performing their work as lawyers, or a fear of flying may make a drone good for nothing.

What seems to drive the ‘quality’ in QualityLand is the oppressive rating system, 1 to 100. Without a good rating, people are devalued. Those of higher ratings can manipulate the world to their advantage. Peter Jobless – surnames are derived from the occupations of one’s parent – is a low-level functionary in QualityLand. He is a level 10, soon to drop to a level 9, officially classed as ‘Useless’. He runs a metal press in which he is meant to destroy robots that have malfunctioned or simply have glitches. In order to promote consumption, it is illegal to fix machines in QualityLand. Yet Peter takes pity on the rejected technology sent to him and stores a host of robots in his cellar, thereby ‘delaying’ their destruction by a loophole in the law.

On the political front, the president’s death has been predicted for a certain date – the arrogance of the system is that it can predict everything – so two candidates, Conrad Cook from the The QualityAlliance party and John of Us for the Progress Party are campaigning. The only thing different this time is that John of Us is an android and tends to run his campaign along non-traditional lines. He presents policy, argument and detail and avoids sniping at his opponent. His campaign is calm and rational, but his decision not to play to emotions is hurting his polls.

To be somewhat pedantic, there are inconsistencies in the novel which weaken its impact. This can first be gleaned from the appearance of the Technical Note and Version Notes at the beginning of the book. Kling clearly wants to play with the possibilities of digital media versus traditional books from the get go. At the same time, Calliope 7.3’s ‘Version Notes’ inform us about the many improvements made to the book (this is version 1.6 we are told) with logic loops and defective punchlines corrected along with the addition of a personalised newsfeed.

That’s fine, but it raises the obvious problem for a pedant like myself, that Kling hasn’t been able to decide which joke he likes best. For the purposes of the narrative, is this a traditional book or not? Obviously, it is a traditional narrative. The Old Man whom Peter Jobless seeks in the middle of the narrative is wise enough to see that. Stepping momentarily into a metafictional space, he refuses to play the part of mentor to Peter (although that is exactly what he is) since mentor figures in Hero’s Journey narratives usually come to a bad end so that the hero might stand on their own. Think Obi-Wan since Kling is so fond of dropping Star Wars references. Other digressions – news feeds, product placements and the like – support the traditional narrative role of world building and are often hilarious.

And that’s the thing about this book: there is so much that is actually very good. Kling is a perceptive commentator on our modern world of digital marketing, social media and politics, even if he’s not always original. Kling’s characters, the Old Man and Kiki in particular who open Peter Jobless’s eyes to the machinations of the digital world, explain concepts succinctly and entertainingly. It is hard not to find yourself nodding in recognition at the darker underbelly of the digital world and the implications of Artificial Intelligence that are revealed to Peter, and it’s very easy to laugh at Kling’s satirical treatment of his targets.

But the pedantic question about a traditional or digital book underlies a larger problem. It is between the satire against social media and mega-companies like Amazon (TheShop is an obvious reference to Amazon and its algorithms that try to push sales through customer profiling) and John of Us’s campaign that the awkwardness of the satire falls. When Peter is sent a dolphin vibrator by TheShop he is confused and eventually irritated that he cannot return the item. He does not want it but he is told he does. His insistence that he does not, first to a robot and later to real human beings who all uphold the company line, is only met with assurances that he is wrong because the system cannot be wrong. I think that had Kling limited the scope of his book and focussed on this idea, it had the potential to be a better book. Peter’s determined quest to return the dolphin vibrator is familiar to us. Caught in a labyrinthine system of bureaucracy and technology, his predicament is Kafkaesque. I was even reminded of the Kalahari tribesman in The Gods Must be Crazy who attempts to return the Coke bottle to the Gods because it has brought his tribe misery. The point about monolithic companies and the control they have over our lives and identity would have been made.

Yet Kling confuses the whole thing with the story of John of Us, which is unfortunate as it might easily have been removed. John of Us’s political slogan ‘Machines don’t make mistakes’ may seem to support the thematic concerns of Peter’s story, but it in fact changes the focus of the satire in this part of the narrative by either negating or modifying our understanding of what we learn in Peter’s story. John of Us is smart, competent, humane, focussed and respectful. He focusses on real issues in his campaign in a way that demonstrates what democracy might be without the shouting and slurs. Whether this is better or not is irrelevant. The real problem lies in the fact that John of Us, as a machine, is a desirable alternative leader, without any satirical intent. The satire, therefore, is not aimed at technology, here, or the manipulation of data, but at politics, itself. So, in one narrative strand we are warned of the manipulations of technology, while in the other it is presented as the better part of us.

The problem lies not only in this. In his meeting with Peter Jobless, John of Us assures Peter he is able to control the system and the algorithms. You don’t need to get into an obvious argument about using one machine to solve the problem of a system of machines here. The real issue is how John of Us’s presence in the novel modifies the problem of existential threat. In Huxley’s Brave New World, the process of creating humans, divided in classes from Alphas to Epsilons (like the rating system in QualityLand, except in QualityLand ratings can change according to circumstance), is met with horror by John Savage, a man born on the Reservation naturally by a mother. Savage represents a somewhat flawed humanity that the drug, Soma, and the bokanovsky process, removes from the citizens of the World State. Savage’s humanity is undermined and he cannot reconcile who he is with the system.

QualityLand is worth a read as light entertainment. It might even make you think more about your footprint in the digital world. But the finale is something of a disappointment, reducing key philosophical questions which Kling has mostly farmed from other sources into a couple of cheesy confrontation scenes featuring Peter’s buddy robots, which leaves little to think about. 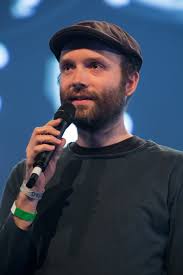 Marc-Uwe Kling
Marc-Uwe Kling is a stand-up comic, which accounts for the comic tone and lighthearted treatment of his material in QualityLand 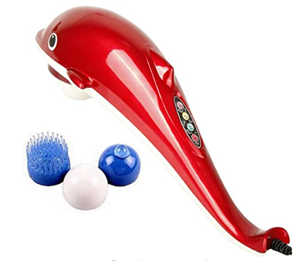