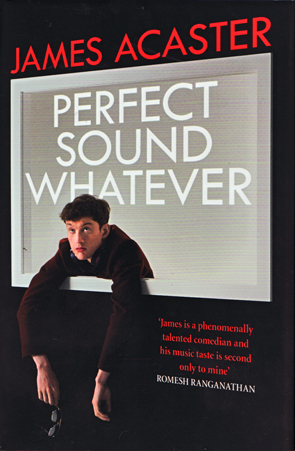 2019 has been a big year for me when it comes to music. This year I’ve discovered more music than ever before, enjoying things that in the past I could have never seen myself listening to. I’ve been avidly collecting vinyl records to fuel my material cravings, and I’ve spent almost all my spare time (and time that is definitely not spare) listening to music on my phone, constantly looking to discover something new using Spotify. You could even say that it has become such a big deal to me that it’s made me slightly anxious that I know there is so much excellent music out there that I simply haven’t heard. It sounds silly and it is, but every time I listen to my favourite album for the umpteenth time it still gives me this bittersweet unease that I could be listening to something new.

So when my friend told me that one of my favourite comedians, James Acaster, had a book coming out where for 300 odd pages he basically just recommends music; we both instantly ordered a copy each. That was basically the mindset I had walking into this book: to rob James Acaster of his music. And I got exactly what I wanted. What I didn’t expect, however, was that I would end up being a lot more interested in the comedian himself rather than the music he was recommending by the time I finished the book.

Acaster opens Perfect Sound Whatever with, as he describes, “a bold statement” – that 2016 is the single greatest year for music of all time. He then jumps straight into proving exactly why this is the case without wasting any time. He talks about every album he discusses with such passion that it isn’t hard to be convinced almost immediately by his argument. However, it’s how he talks about these albums in relation to his own experiences that makes this book absolutely incredible. Music is by far at its most effective when you can identify with it, and this entire book is James explaining in detail how each different song, artist and album that he mentions has affected him deeply. Perfect Sound Whatever is at its core just the story of James’ shitty-no-good-terrible-horrible 2017: a year that was so shitty for him, that he literally started obsessively listening to music exclusively from a different year just to get out of the nightmare he was in. And he weaves his own narrative with his music recommendations almost seamlessly. There are a few moments in the book where the connection between the story he is telling and the album being recommended is a bit ham-fisted, however Acaster manages to make these two aspects of the book collaborate excellently, overall.

One of the strongest examples of this occurs about half-way through the book as James discusses the album WORRY. by Jeff Rosenstock. I had begun to listen to Jeff Rosenstock shortly before reading this book, and WORRY. instantly struck a chord with me in its tight writing and emotional performance. This is an album that explores the lingering anxieties at the forefront of the brain that make it difficult to think straight. Things such as loved ones leaving you behind, accidentally leaving loved ones behind, and even heavier themes such as poverty and death. Acaster talks about his personal connection with this album; how he would listen to it backstage at some of his comedy specials to avoid breaking into panic, and even recounts his experience meeting Rosenstock at a pub after one of his shows. James references this album several times throughout the book, mostly because more than anything else, it’s clear that WORRY. is an album that is deeply ingrained in every experience he describes. This is not a music review, but is, along with countless others albums, an essential listen which perfectly complements this essential read.

Apart from the great unique structure that Perfect Sound Whatever has, it’s also ridiculously funny (which won’t be a surprise if you’re familiar with Acaster), excellently paced, and surprisingly heartfelt and emotional at times. It’s such an easy read which has so much appeal for a huge variety of an audiences that I want to recommend it to literally everyone I know. I certainly know I’ll be reading it again to properly visit all the albums that Acaster mentions (there are 366 of them in total, the perfect number for the next leap year in a month or so), and it will certainly be an entertaining read for anyone regardless of whether they are particularly interested in music or not, just on the merits that James is such an entertaining writer.

This book was a joy to read, and on top of that I have found countless amazing albums from it, some of which are literally some of my favourite albums now, which alone is a priceless gift from such a gifted author and comedian.

James Acaster talks about 16 of the albums from his book 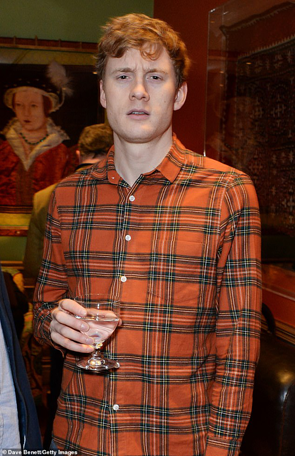