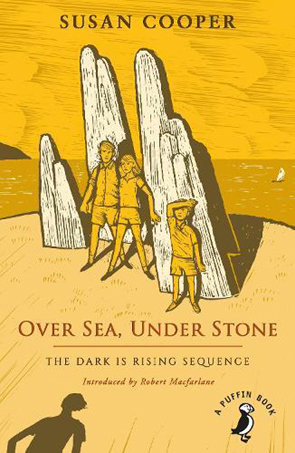 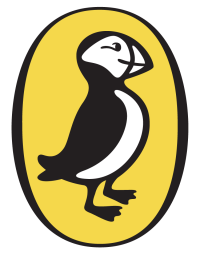 Over Sea, Under Stone
Susan Cooper

Book 1 of The Dark is Rising Sequence

“Once upon a time… a long time ago… things that happened once perhaps but have been talked about for so long that nobody really knows. And underneath all the bits that people have added the magic swords and lamps they’re all about one thing – the good hero fighting the giant or the witch or the wicked uncle. Good against bad. Good against evil."

- Great Uncle Merry to Simon, Jane and Barnabas on page 99 of Over Sea, Under Stone

Over Sea, Under Stone was originally published in 1965. It is the first book in what has become known as The Dark is Rising Sequence, a five book series named after the second book in the series. However, when Over Sea, Under Stone was published, it was never conceived as the beginning of a series. The Dark is Rising was not published until eight years later, an eternity for a quickly-growing audience. Greenwitch and The Grey King followed. The Grey King won the Newberry Medal in 1976, and the series was completed with the Silver Under the Tree in 1977. Nevertheless, this first book really kick starts the story of a battle of good against evil which draws upon Celtic culture and legends around the Holy Grail and King Arthur. Over the course of the series a collection of four objects of power must be found belonging to The Old Ones to defeat the Dark encroaching upon the world. That foreboding sense of a supernatural evil becomes explicit in The Dark is Rising, but there are intimations of it in this first book.

Yet the opening pages of Over Sea Under Stone have elements more in keeping with traditional children’s adventure books. This book reminds me of a Famous Five adventure, as the three siblings Simon, Jane and Barnabas (Barney) arrive in Cornwall with their parents for a summer holiday at an old house leased by their Great Uncle Merry. The excitement of the children as they arrive in Cornwall is contagious, and gives a feeling of just how much they are looking forward to their holiday. There is even a dog to add to that Famous Five feeling, belonging to the house but embraced by the children with enthusiasm. That familiar Famous Five feeling partially continues throughout the book, in that the children do fall into an exciting adventure. But that’s where the similarity ends, really. This rapidly becomes a much more complex story, with a much more menacing feel, drawing heavily upon the legend of King Arthur. It is interesting that the children accept almost without question that Arthur is a real person and that there is a basis of truth behind the legends that have been passed down. As readers, we are thereby drawn into this mythical world and have it made real through the discoveries of the children. How enticing!

On the first day after the children arrive in Cornwall the weather turns bad and they decide to pretend to be explorers and go on a discovery quest through the house. Here, it is reminiscent of stories like The Lion, the Witch and the Wardrobe; the common trope of stumbling on another world or reality while exploring a large country house. In this instance, the children stumble upon a hidden stair case and find an attic filled with interesting old things. And in a gap between the floorboards and the wall, they find a very old manuscript. It has a map and text in a language they can’t read. It turns out to be in a form of Medieval Latin. At first they think it’s a treasure map and that it will be a great game to hunt for hidden treasure, but then everything gets a lot more serious as they realise the stakes they are playing for. Great Uncle Merry translates the text for them and sets them on a quest to find a grail that once belonged to King Arthur.

The action really picks up once the children start following the map and working out the clues. It’s basically non-stop action for the second half of the book, with frequent danger to keep the level of tension high. The children find themselves being followed, possibly under threat. Suddenly their game seems to have a reality they didn’t anticipate.

This book seems to be targeted at a fairly young audience, but it is very atmospheric and is quite terrifying at times. The bad guys are truly menacing and the danger to the children is palpable. And I’m easily drawn into a story if it links in to Arthurian legend, but this aspect wasn’t overly emphasised in this book. It stayed, in essence, a thrilling adventure story with the kids playing for high stakes. You don’t need to have any prior knowledge of the Arthurian legends or Grail mythology to follow this story of good versus evil. Instead, this novel appeals to children’s desire for adventure, mystery and independence, and draws upon English mythology to achieve this.

Susan Cooper explains how Over Sea, Under Stone came to be written and published
Widget is loading comments... 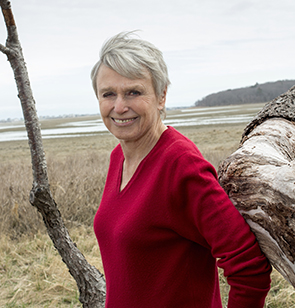 Susan Cooper
Over Sea, Under Stone was Susan Cooper’s first published book. It wasn’t until several years later when she began what was eventually to become The Dark is Rising, that she realised the stories were thematically linked, and began to plan a five book series about the fight between good and evil.

The Dark is Rising Sequence 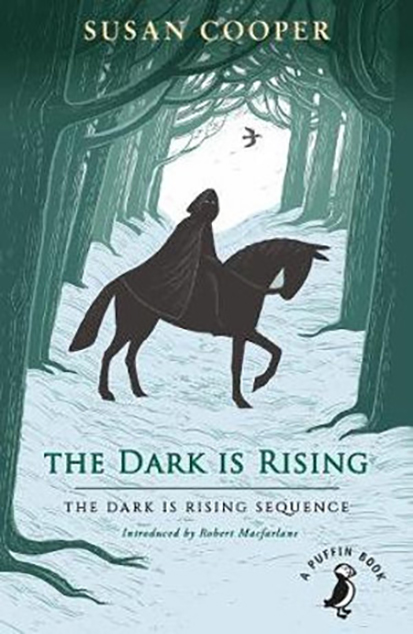 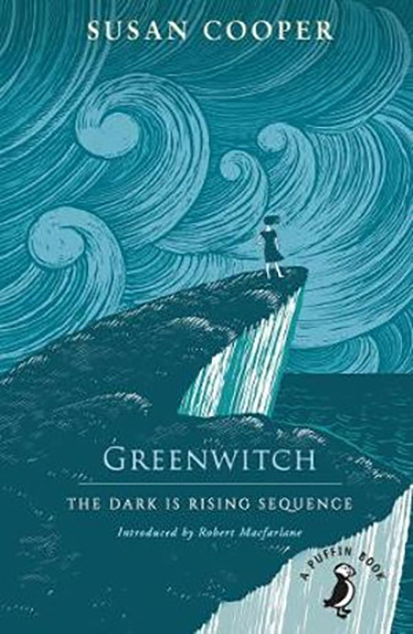 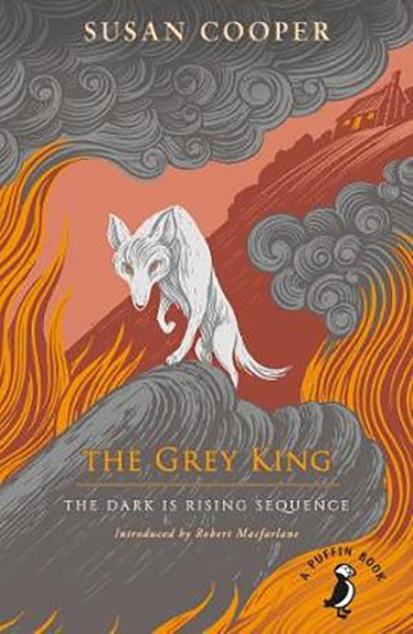 The Grey King
(1975)
Winner of the Newbery Medal, recognizing the year's "most distinguished contribution to American literature for children", and the inaugural Tir na n-Og Award for English-language books with a Welsh background. 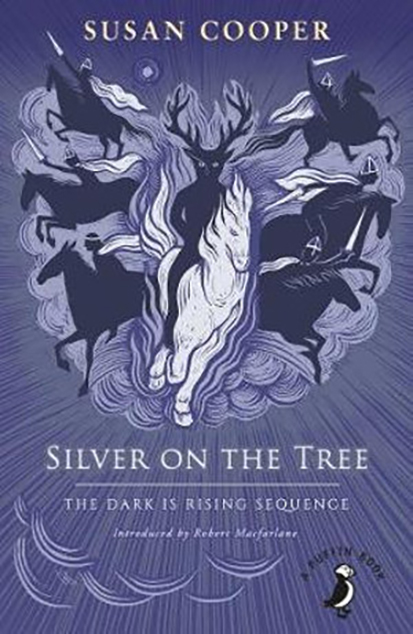 Silver on the Tree
(1977)
Winner of Tir na n-Og Award for English-language books with a Welsh background.