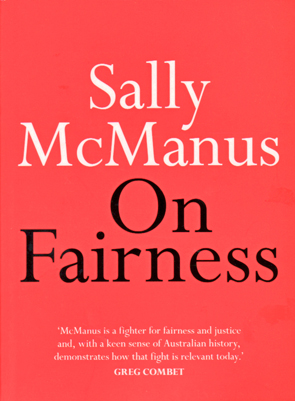 I saw this little book advertised on social media and decided to order it online (apparently the only way it can be purchased). It is written by Sally McManus, the current secretary of the Australian Council of Trade Unions, and in these changing times, the first woman to hold this position.

Now being a supporter of unions and having taught the topic in Business Studies in high schools, I was aware of what some the content may be in the first place, but I was still glad to have read it, and that some of the earnings from its sale would go towards assisting unions in their fight for fairness in the workplace.

This tiny book, less than 100 pages long in A6 size was a quick read for me, reminding me of the many conditions unions and their members have fought for over the years which many people take for granted … that is, until they are removed.

As a young teacher in the early 80's, I joined the union movement and withdrew labour many a time to support these conditions, such as pay rises, being won. Remember, each of these strikes were seen as unlawful, but we recognised the right to strike as a basic human right as portrayed by the International Labour Organisation.

The book gives a bit of a history of changes to the workplace, and the changing laws over the years are discussed, such as Work Choices, and successive governments have eroded conditions and pay over the years since. It also gives real examples of how taxation laws such as trickle-down economics, simply don't work.

I have to say that I think young people these days have been put in a horrible position. Casualisation of the workforce leaves a larger percentage with insecure work prospects. A large percentage of people, especially those recently entering the workforce (and I know this to be the case in teaching in NSW, Australia at least), are not only not part of a union, but the Teaching standards board is piling on more and more work by creating unrealistic expectations of what they can achieve in a day of teaching.

Internships are perhaps one of the only things Sally doesn't touch on in the quest for fairness and equality in the workplace, but then how much can you cram into such a small book?

Sally McManus writes intelligently and succinctly in this book, one which I feel all young people should read in order to understand what has come before and what may well be their future. I hope that more are able to see the worth of Unionism before it is too late for our kids and theirs.

Work Choices was the name given to the Industrial Relations laws introduced by the Howard Government in Australia in 2005. The legislation affected laws governing unfair dismissal, laws protecting workers' conditions, their ability to go on strike, and threatened unionism due to its focus on individual rather than collective bargaining. The Howard government dropped the Work Choices name prior to the 2007 election, since it had become so unpopular. Work Choices was nominally overturned with the instalment of the Rudd government in 2007, but some aspects of Work Choices still live on in Industrial Relations. 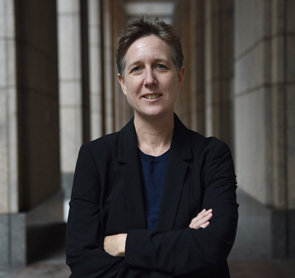 Sally McManus is the tenth elected Australian Council of Trade Unions Secretary in the organisation's 90-year history and the first woman to hold the position. She was previously the NSW and ACT Secretary of the Australian Services Union and ACTU Campaigns Director. This satirical advertisement sums up much of the suspicion against Work Choices during the Howard era. The Howard Government eventually dropped the name, if not the legislation, since the campaign against it had made the term irredeemable.