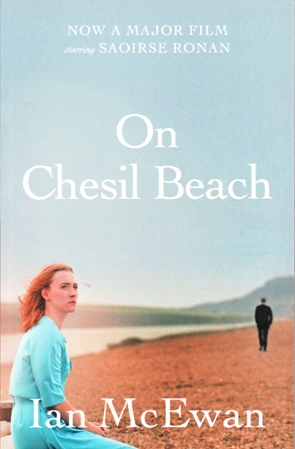 The principle action of On Chesil Beach occurs during July 1962. Heinlein’s Stranger in a Strange Land had been published the year before but the sexual liberations of 1960s counterculture were yet to be fully realised. Kennedy’s assassination in Dallas was well over a year away but the Cuban Missile Crisis, which was a defining moment in Kennedy’s presidency, would happen only three months later. Sometimes the period in which an author chooses to set their story can be tantalising, especially when the historical context is alluded to in what is an otherwise domestic drama.

On Chesil Beach is a simple story. Edward Mayhew and Florence Ponting have just been married. Both are virgins and each anticipates their honeymoon with some trepidation. Edward’s only preparation for the marriage has been to stop masturbating a week before the wedding as he nervously awaits the consummation of his relationship with Florence. Florence, however, has a secret. She has been naively guided by social expectations, has followed convention and in her personal life has been exceedingly deferential. Now, each act of conformity, each acquiescence to the expectations of others has led her to this moment when she and her new husband sit at the hotel above Chesil Beach, and she knows she can no longer put off the inevitable. The truth is, Florence believes she not only lacks sexual desire but finds the thought of the sexual act repulsive.

McEwen’s hand is readily identifiable in this story. Florence’s sexual reticence finds some parallel in the naïve judgment cast by Briony Tallis in Atonement. But Atonement is a better novel. It has some similarities to On Chesil Beach, since they both deal with sexual misunderstanding and its consequences. But in Atonement Briony’s hasty judgment and its aftermath is more satisfying and McEwen uses his historical backdrop more extensively.

Nevertheless, McEwen’s use of music as a metaphor – previously used in his novel Amsterdam – is accomplished in On Chesil Beach. Florence is a virtuoso violinist and has ambitions for her classical quartet which she manages with greater confidence than she does her relationship with Edward. Yet McEwen uses the musical motif to suggest a latent sexuality of which Florence, herself, has been unaware. When Edward slips his hand under her dress his finger touches upon a lone public hair outside her underwear which he manipulates, arousing her in a way that is not entirely unfamiliar:

… something between an ache and an itch, but smoother, warmer, and somehow emptier, a pleasurable aching emptiness emanating from one rhythmically disturbed follicle, extending in concentric waves across her body and now moving deeper in it.

For the first time, her love for Edward was associated with a definable physical sensation…

Edward essentially plays her like an instrument. Florence’s intellectual passion is music and Edward has attended many of her rehearsals when they were dating, despite his indifference to classical music. He prefers rock, but Florence finds it too simplistic. That alone is a symbol of their relationship. But when he arouses her through the touch of the follicle, we see that McEwan is avoiding simple explanations of frigidity or lack of experience. Both Edward and Florence will explain their disappointing experience in different ways, but the problem remains that neither really understands the needs of the other, nor how they have been shaped by their class, their country and by history to be who they are.

McEwan chooses to occasionally foreground the historical context of the novel. It is still over a decade before Britain will join the European Union, but McEwen’s characters are already considering Britain’s slide to historical irrelevance. Indian independence and the Suez Crisis have exemplify the breaking apart of the once mighty empire and the Cold War and the threat of nuclear annihilation – Edward and Florence meet at a Campaign for Nuclear Disarmament (CND) meeting – highlight the ascendant roles of Soviet Russia and America in the world. Yet Florence and Edward hope that England, too, will be transformed for the better, that youthful energies were pushing to escape, like steam under pressure, merged with the excitement of their own adventure together. The historical moment holds promise and dread. Like England, Florence and Edward’s relationship is at a crossroad; will they suffer a stultifying life together or will they determine their own destinies?

Edward subscribes to the great man theory of history: a belief that forceful individuals like Napoleon, Hitler and Stalin shape history. His tutor, on the other hand, believes History, properly capitalised, was driven forwards by ineluctable forces towards inevitable, necessary ends, and soon the subject would be understood as a science. It is through Edward’s approach to history – not to mention his pugilistic nature – that we understand the problem of the relationship from Edward’s side. Florence has been corralled towards marriage by ineluctable forces, while Edward wishes to take control of the situation and eagerly press the matter of their physical relationship. The irony is that Edward, as an historian, lacks an historian’s long-term view. He finds it difficult to see past the honeymoon and picture the future avenues open to their relationship.

On Chesil Beach is an accomplished piece of writing that captures the tone of a relationship, as well as characterises the struggles of national relevance at a particular historical moment. It highlights the importance of listening for understanding and how the most trivial of moments can impact a life, as well as portraying the inexorable historical and social forces that shape the individual. It’s well worth a read, especially if you have an interest in McEwan’s novel Atonement. 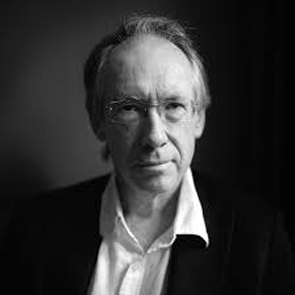 And what stood in their way? Their personalities and pasts, their ignorance and fear, timidity, squeamishness, lack of entitlement or experience or easy manners, then the tail end of a religious prohibition, the Englishness and class, and history itself. Nothing much at all.