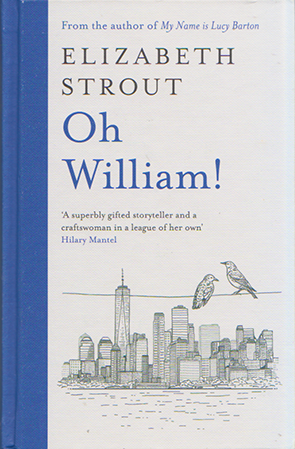 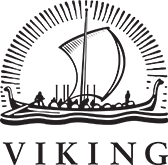 Oh William! is a brilliantly conceived novel which traces the relationship of William and Lucy in the latter stages of their lives. The first thing that occurs to me to say about this novel is that it is easy not to notice how cleverly Elizabeth Strout constructs her narrative until late into its reading, or perhaps even after it is finished. For the most part, the writing style is simple vernacular which avoids complicated stylistic devices. Lucy Barton, Strout’s fictitious protagonist, is a successful author, but Oh William! reads less like what we might expect of Lucy’s fiction and more as a confessional between herself and the reader. “I would like to say a few things about my first husband, William.” she begins, as though seeking our consent and establishing rapport. The tone is personal and intimate. There is a sense of a relationship between Lucy and us, as though we are an old friend she is telling her story to across a kitchen bench over a cup of tea.

Oh William! is Strout’s third book featuring Lucy Barton. Lucy’s first outing was in My Name is Lucy Barton (2016) which details Lucy’s relationship with her difficult mother during a period in the early 1980s when Lucy was hospitalised for appendicitis. Strout’s second book featuring Lucy, Anything is Possible (2017), was a collection of short stories that fleshed out Lucy’s relationship with her parents and her experience of growing up in the small town of Amgash, Illinois. In this third book, Strout changes the perspective. Lucy is now 63 years old, no longer focussed on her formative years – or so it might seem – but rather on her complicated relationship with her first husband, William Gerhardt. So, as she speaks intimately to us she will sometimes remark, “I wrote about it in an earlier book…” or “I have told you that before” as an aside, which may seem to suggest that this story will be incomprehensible without prior knowledge from Strout’s previous books. But this is not the case. Rather, Lucy’s remarks are indicative of the novel’s conversational style, with its foreshadowing, digressions and meandering thoughts, all of which somehow remain coherent and relevant. Anything pertinent to the story from Lucy’s past is in the narrative: her mother’s detachment and abuse; her father’s PTSD and strange sexual urges; and her sense of shame at the poverty of her family.

Lucy begins her story by very clearly stating that she wishes to speak about William. Her second husband, David, whom we sense she loved and cared for deeply, is not the subject of this novel, even though she will sometimes speak of him. David has recently died and Lucy, who has always felt safe around William, turns to him for support. William, however, is facing traumas of his own. He has begun to have night terrors, mostly concerning his parents. He has had night terrors about his father after visiting the German concentration camps from World War II. William’s father was a Nazi, and his visit to the camps has awoken terrible thoughts. William is also visited at night by a sense of his mother, Catherine, whom he feels as a terrible presence. The only way for William to overcome these feelings as he lies in bed is to think of Lucy. Lucy and William divorced many years ago, but they are somehow still a comfort to each other.

So, while Lucy’s story may be about her rekindled friendship with her former husband at the end of his career after the death of her second husband, there is a strong sense of the importance of the past in their relationship, nevertheless. While the impetus for the plot is two important events that happen to William during this period – his third wife, Estelle leaves him and he discovers he has a sister whom he has never met – the narrative is really focussed upon Lucy and William’s relationship, which is entirely friendly and not romantic. The determination with which they apply themselves to seeking out William’s lost sister in Maine raises questions about the ties that bind them, still, as well as the impact their formative years has had upon them. Lucy attempts to explain their relationship – what brought them together – as their mutual need for support: “I had the private image of William and me as Hansel and Gretel, two small kids lost in the woods looking for breadcrumbs that could lead us home.” Of primary importance to Lucy, is a need for routine and to feel safe. William has what she calls “authority: Of believing in the presence of this person we are safe.” Yet, as readers, we are acutely aware that neither William nor Lucy possess the needed “authority” the other seeks. This is part of the skill of the novelist which allows us, as readers, to see when reading her words what Strout’s protagonist cannot.

In fact, it is William, not Lucy, who has the best insight into their situation. William has had various affairs during the course of all three of his marriages. He even inadvertently admits to an affair he had while married to Lucy when he mixes up his timeline and wives. “Did I choose to have those affairs?” William asks Lucy in what might seem an entirely disingenuous and self-serving defence of his actions. But William’s question touches upon an insight he has had that transcends the issue of simple “accountability”: “when does a person actually choose anything?” William’s question also touches upon Lucy’s decision to leave him and their family, as well as her own affairs, and relates to the issue of class and upbringing which underlies a lot of what the story is about. There is a pathetic scene in which William recalls being sent to nursery school at an earlier age than normal, and being teased by other children when he cried for his mother. His most salient memory resides with the teacher who picked him up to comfort him. Likewise, Lucy recalls the indifference of her own mother and the sense of freedom she felt when she won a full scholarship to go to college. Lucy’s guidance counsellor, Mrs Nash, who was to drive her to the college, took her shopping to buy new clothes so that Lucy might arrive with dignity. “Can I pretend you’re my mother?” Lucy had asked her. Both Lucy and William experienced at an early age the kindness of a stranger they could not experience in their own family.

The issue of class also pervades the novel. By marrying William, Lucy may seem to have raised her social standing from the abject poverty of her youth, but William’s social pedigree is somewhat illusory. His mother, Catherine, married a successful business man before she met William’s father, and he was able to raise her status from the benighted poverty under which she, too, suffered. Yet Lucy was to feel a sense of inferiority when she met Catherine – Catherine buys her golf clubs but Lucy never feels the same warmth as when Mrs Nash bought her clothes – and Lucy feels shame in her marriage to William because he had married the “same sort of woman” as his mother: poor. When she visits the apartment owned by William and Estelle, she feels alienated by its size and lavish interior.

There is an understanding in this novel that upbringing, class and wealth do matter. William’s desire to locate his newly discovered sister turns upon the relationship he had with his mother and an understanding of his own sense of identity. Lucy is driven by a desire for comfort and security. Both William and Lucy are affected by the deep scars left by emotional neglect and the social stigma of their upbringing. Lucy’s constant refrain – “Oh William!” – speaks to the exasperation and pity she feels for her former husband, and his stumbling attempts to navigate his life.

This is a novel driven by the deep feelings of those emotions and the ties that bind us in life. I reflected as I read Lucy’s story that it is possible I may not have appreciated this novel twenty years ago. Confidence, assuredness and determination are the provinces of youth. But Oh William! is told from a different life perspective: of that time in life when we have accumulated enough experiences, made enough mistakes and have experienced the complications of various relationships that we understand the uncertainties of life: we have acquired a more acute perspective about how our lives have been shaped, and our personalities and our motivations moulded, often by experiences or forces beyond our control. This is what is fascinating about this novel: that its narrator can reveal so much of this complicated reality through such a simple narrative style; that such common narrative tropes like infidelity and lost family can be used to transcend moral blame, and instead explore the complex tapestry of identity and its fragility. Oh William! does not trade on disaster, salacious revelations or action like much popular fiction. It is a simple meditation on humanity. It’s the sort of thing you either enjoy or you don’t. If you think you like this sort of thing, it’s well worth a read. Elizabeth Strout’s novel is a skilled and understated achievement. 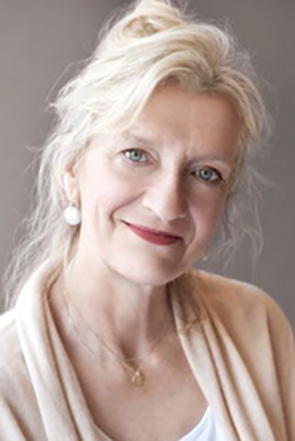 I would like to say a few things about my first husband, William.

William has lately been through some very sad events – many of us have – but I would like to mention them, it feels almost a compulsion; he is seventy-one years old now.

My second husband, David, died last year, and in my grief for him I have felt grief for William as well. Grief is such a – oh, it is such a solitary thing; this is the terror of it, I think. It is like sliding down the outside of a really long glass building while nobody sees you.

But it is William I want to speak of here.