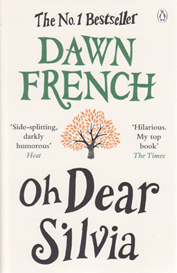 Last Christmas I was given a number of novels, three of which were by this author. I read the first one, A tiny Bit Marvellous and enjoyed it immensely with lots of humour along the way. So I set out to read this, the second published of the three I had been given.

The story is a rather serious and can I say, in many ways quite depressing one. A woman from a dysfunctional family lying in hospital in a coma, visited by various of the family members, and the nurse, each with different views on her life and their relationship with her and possibly her impending death. Yes she tackles the issues of love, death, grief, childhood, motherhood and parenthood, but not in a funny way.

While there were some moments where I had a little chuckle, mostly those relating to either the nurse or the housekeeper, I couldn't bring myself to laugh with or at the family much in the book at all. Indeed I must have a very different sense of humour than many, for when I read the other brief reviews, they tell a very different picture.

I found it hard to get through, and on many occasions simply put it down, though it was a little easier as time went on - perhaps as I became more familiar with each of the characters. I love a page turning book and this one simply did not do it for me.

The ending was a little unexpected, but by then I was almost wishing it to be over anyway. Not sure what to expect from the next instalment, According to Yes, but hoping for better - something I can at least have more of a laugh at.

Other books by Dawn French 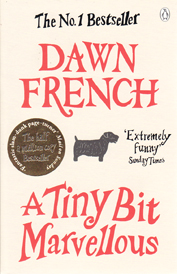 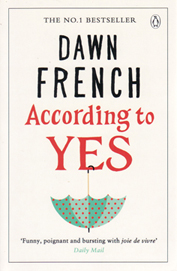