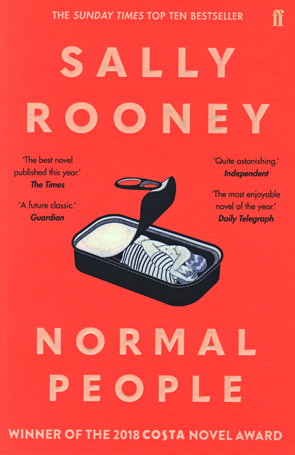 I first started reading Normal People back in December of 2019. However, I got around 100 pages in and stopped reading out of absolute boredom with its characters and seeming lack of plot. At the time, I was in a bit of a slump with books. I hadn’t really read much in terms of fiction for almost a year, and the looseness of Normal People left me feeling empty. I think I was craving an experience that would draw me back into reading fiction, with a rich narrative and a colourful world in which to engross myself. And that’s something that I would get eventually, when I decided to finally read the dense science-fiction classic Dune around halfway through last year.

But Normal People continued to linger in my head for the remainder of 2020. In April, a TV adaption of the book started streaming on Stan., and out of curiosity I decided to watch the first episode, which gave me a similar feeling to reading the first part of the book. Both the book and the show were receiving a lot of acclaim at this point, and although I was slightly confused as to where any of that was coming from, I decided in the end the book just wasn’t for me.

My reading slump resumed shortly after finishing Dune, perhaps due to a laziness stemming from the sheer accomplishment of making it through such a tome, and it wasn’t until the beginning of 2021 that I decided to actually pick up a book and start reading again. And funnily enough, I gravitated towards the dusty part of my bookshelf that Normal People had occupied for the past 12 months. The bookmark sitting at page 94 was still in the same place I’d left it when I frustratedly closed the book back in 2019. However, I hesitantly removed it and began to read from the first chapter.

My perspective on the novel a year ago had been pretty heavily tainted by my desire for huge narratives that felt of great significance and importance. This was mainly due to the fact that I hadn’t read a proper book in a while and desperately needed a feeling of gravity in order to convince me what I was reading was worthwhile. And Normal People simply isn’t that at all. In fact, it’s quite the opposite. There are really only two characters, disregarding some semi-frequent minor-characters. And even they don’t take on roles that would be deemed particularly significant in most novels. Marianne and Connell are what you would consider to be, if you pardon the overtness, normal people. Apart from some qualities, such as their mutual high level of intelligence, there really isn’t anything extraordinary about either of these characters. The plot jumps months at a time between chapters, signalling the span of time that significant events happen in either person’s life, and even during these small vignettes, much of what happens is relatively insignificant from a plot perspective.

What isn’t insignificant at all, however, is the relationship between these two people. This is the central focus of the novel, and it elevates moments of mundanity into feeling like monumentally important points in the plot. And this is what makes Normal People so extraordinary. There are sections of this book in which there are obviously narrative-driven elements, such as the characters moving into college and earning scholarships. However, the moments that feel the most important are the minute and subtle exchanges between Marianne and Connell, which are given such clarity and intimacy by the absolutely gorgeous writing from Sally Rooney.

Rooney’s depiction of humanity within these characters is by far the most realistic I’ve ever read in a novel before. It’s extremely relatable to an extent that seems almost invasive, as if reading the interactions between these two characters is an intrusion into their very-much-existent private life. From full conversations, down to the misinterpretation of vague body language, every exchange between the characters is recorded in sometimes-uncomfortable detail. By only a few chapters in, my understanding of each of these characters was so deeply engrained in my mind that they felt almost like people that I actually knew. And that’s the biggest achievement of Normal People. It is one of the most intimate and realistic depictions of a relationship I’ve ever seen, and it’s all due to the absolutely spectacular writing from Rooney. Now that I’m finished the book, although not every single event from the plot has been retained, I’ve been left with memories of two characters that most likely will not leave my mind for a while.

Although I haven’t read any reviews for the book or the show online, the one thing that strikes me about the book was the ending. Much like the rest of the plot, the conclusion to Normal People feels as though it occurs during a random excerpt from the characters’ lives. Although there is a relative sense of significance to it, it’s almost frustrating to leave the characters behind at a point that seems to be leading to more pivotal moments in their story. Although this is most likely the point; highlighting the deep connection between Marianne and Connell, and their inability to stay apart regardless of the circumstances. Yet, it still can’t help from feeling unsatisfying. This isn’t necessarily detracting from the book. The more I think about the ending, the more I appreciate it, and sympathise with each of the characters. However, I do think the ending will divide many readers: it was the only part of the book that I wasn’t instantly enamoured by.

If you’re in the mood for something driven by a rich plot, Normal People will most likely bore you, just as it did me about a year ago. However, I would encourage anyone who is in the mood for a beautifully written, subtle and profound character (or characters) study to definitely give this a shot. Sally Rooney has written something really special here, and the level of detail and authenticity the relationship between these characters is outstanding. I don’t know why I decided to try this book again, especially after disliking it as much as I did when I first tried reading it. However, I’m extremely glad I did, and this makes me excited to read her other novel, as well as whatever she puts out in the future.

Trailer for the television drama, Normal People, based on Sally Rooney's novel.
Widget is loading comments... 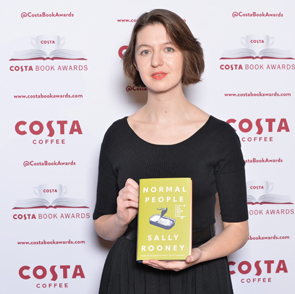 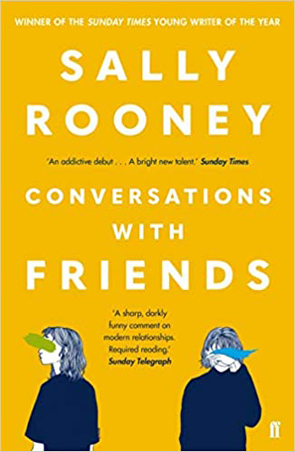