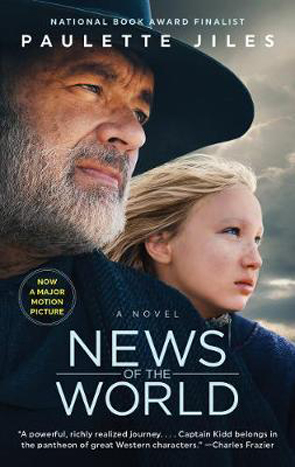 And then he had come to think that what people needed, at bottom, was not only information but tales of the remote, the mysterious, dressed up as hard information.

News of the World tells the story of a trip taken by Captain Jefferson Kyle Kidd and Johanna Leonberger from Wichita Falls to San Antonio in 1870. Kidd is seventy two and a veteran of three wars (the War of 1812 (1812-1815), the Mexican-American War (1846-1846) and the US Civil War (1861-1865)). He is an itinerant traveller around Northern Texas, making a living from giving live readings from various newspapers in small towns. He is a widower and his two grown daughters live in Georgia, so he leads a solitary and lonely life.

Johanna is ten years old, the child of German immigrants who lived in Castroville near San Antonio in southern Texas. Four years ago, her parents and sister were killed by Kiowa and she was taken captive. She was adopted into a Kiowa family and forgot everything about her parents, birth language and European behaviour. The Cavalry have recently begun reclaiming captives, and the Kiowa tribe who took Johanna have returned her to an agent in Fort Sill in the Indian Territory (now known as Oklahoma), trading her for fifteen blankets and a set of silver dinnerware.

Britt Johnson, a free black man who worked as a freighter, transported her from Fort Sill to Wichita Falls in Texas, but is reluctant to take her further, to reunite her with her surviving family, an aunt and uncle in South Texas. Although the Civil War has been over for five years, Texas is a remote part of the Confederacy and has relatively few Union troops to enforce the emancipation proclamation. During the period of this story there are many free black men in the North and West Texas, but the general population has not settled the matter of free black people in their minds, and this is more pronounced in South Texas. One news story Kidd reads in the opening chapter is about the ratification of the 15th amendment, which extended the right to vote to all men without regard to race or previous condition of servitude. He has to explain to his audience that this means coloured gentlemen, and then has to quell muttering from the crowd. For Britt, a trip to the south is not a safe journey. It’s an interesting little example of how high level decisions can be made that take a long time to filter down through a population and change behaviours.

“Loss of reputation and the regard of our fellow persons is in any society, from Iceland to Malaysia, a terrible blow to the spirit. It is worse than being penniless and more cutting than the blades of enemies.”

On his return from fighting in the US Civil War, Kidd finds he has lost his printing business. Following the death of his wife, he has lost his home in San Antonio. Both of circumstances lead him to him becoming an itinerant traveller around Northern Texas, making a living from giving live readings from various newspapers in small towns. He labours to keep his reading clothes in good repair and looking respectable. That his fine cotton shirt is beginning to fray is depressing him. As he packs his black reading suit and his good black hat away near the beginning of this book he reflects that:

“Young people could get away with rough clothing but unless the elderly dressed with care they looked like homeless vagabonds and at every reading he must present the appearance of authority and wisdom.”

If he loses this appearance, he will lose his only source of income. At one point in the story Johanna steals two chickens from a man in a small town. Kidd only discovers the theft long after they have left the town: and they had had to leave quickly in the middle of the night to avoid fallout from a brawl that broke out between supporters of different politicians at Kidd’s reading that evening. He just can’t risk returning to pay for the chickens, but it frets him to be thought of as a common chicken thief: “a dreadful loss of status in the world.”. Several days later they meet a woman travelling that road, and Kidd gives her money to pay the chicken’s owner, far more money than they were worth, to apologise and remove the stigma from his name.

Kidd is at first reluctant to take on the job of transporting Johanna back to her family. Not only is it a disruption to his relatively peaceful world and to his income (news readings have low attendance in the South, where there are larger cities with a daily distribution of newspapers; his readings are only popular in small towns near the frontier), but it is also dangerous. They will need to watch out for thieves and other desperate men, the army, and both the Kiowa and Comanche who frequently kill travellers on the lonely roads. He wonders if it would be best if she could be left with the Kiowa. But the $50 fee offered to transport her is tempting and, besides, he feels sorry for the girl who has been twice torn from her family. As a father of two daughters, he feels the need to protect the young girl. And he has learned that the Kiowa will not take her back, due to the increased risk of cavalry raids.

At first the trip is difficult. Johanna will not ride the wagon Kidd bought with the $50 fee, preferring to walk alongside it. At first she will not speak, but gradually he teaches her a few words, such as her birth name, which she pronounces as ‘Chohenna’, and his name, ‘Kep-dun’. She attempts to run away one night, to join the Kiowa she sees on the other side of the river. Gradually though a bond forms between the two of them. It starts when they meet a group of soldiers on the road and she fears she will be handed over to the group of men. She is reassured when it becomes obvious ‘Kep-dun’ will not let them have her. She senses from his tone that he is insulting to the soldiers, even if she doesn't understand the words.

This bond deepens into a mutual respect when the two are forced to join forces to defend themselves against a man who wishes to take Johanna for use in his child prostitution ring. In that battle, he learns to value Johanna’s resourcefulness and bravery, and she to value him as a warrior who will fight to protect her. The bond between them continues to grow stronger and stronger after this point, until they get to a point where the Captain is torn at the thought of leaving Johanna with relatives who she does not remember and who have no understanding of the trauma she has been through, nor the best way to ease her back into their world.

This is a fairly short book, but the story it tells is both sweet and moving. You get the feeling that not only has the Captain saved Johanna, she has also saved him. His life had become stagnant, he was isolated from everyone, and he had begun to feel indifferent to the news and stories he brought to the various places he travelled. Johanna draws him away from living in his memories of the past and back into the world of living concerns. This book is slow paced at times, with long descriptive passages that really give a feeling for the landscape and the harsh reality of daily life in this time and place. But the real strength of the book lies in the characters of Captain Kidd and Johanna, two misfits who forge a strong friendship.

The Official Trailer for News of the World, starring Tom Hanks
Widget is loading comments... 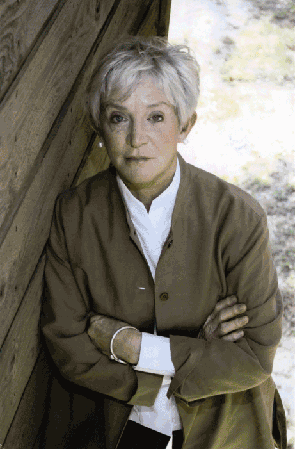 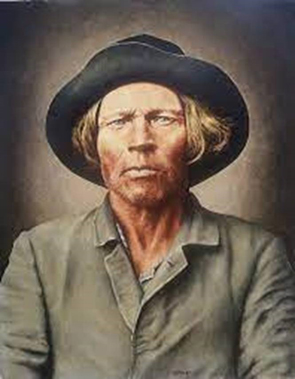 Painting of Kiowa Dutch by Dale VanSickle
Jiles based the character of Johanna on a number of documented reports of child captives from the Texas frontier. Kiowa Dutch is mentioned in the book as someone who was taken as a child and who stayed with the Kiowa for the rest of his life, remembering nothing of his former life, not even his name. He was called Boin-edal (Big Blond) by the Kiowa.