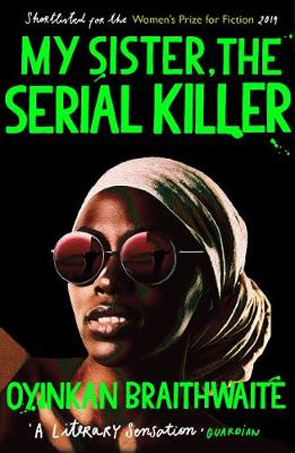 I wonder what the chances are that the death of a person in the company of a serial killer would come about by chance - Korede reflects on the likelihood that her sister was not to blame for one particular death.

Despite the title, this is not a crime thriller. Rather, it is a look at family relationships and sibling rivalry. It is also very funny, in a morbid way. Not laugh out loud funny: the humour is more the result of sardonic enjoyment at the situations created in the book and in Ayoola's apparent lack of concern over her actions.

The story is narrated by Korede, an extremely competent nurse at a Nigerian hospital. Her sister is the beautiful Ayoola who designs and makes clothes and sells them via Instagram. Ayoola is also a serial killer who, at the start of the book, has just disposed of her third boyfriend. As usual, she calls her sister for help. As usual, she claims the man was assaulting her and that she had to strike in self-defence. As usual, Korede is there to help her little sister, to clean up the mess and to dispose of the body.

Korede seems on the surface to be normal, just maybe a little jealous of her beautiful sister. But we gradually find out that she is just as damaged as her sister. At first this only shows up in her obsessive cleaning, a trait which is very useful when you have a murderous little sister you need to protect. But we learn over the course of the book that the cleaning is linked to their father; that both girls grew up in terror of their abusive father, with a mother who could not protect them or herself. Cleaning is a motif with Korede, both as something she does obsessively, without thinking, and as a thing she uses to clear her mind and think clearly.

While it seems at first that Korede has the brains in the family, with Ayoola rather simple minded, the relationship between the sisters is much more complex than this. We find they are co-dependent. We think at first that Ayoola is easily beguiled by men, but gradually we realise that she holds them all in contempt, even the ones that she seems to like and flirts with. She has far more insight into their motivations than Korede, demonstrating this when she seduces Tade, the doctor Korede secretly loves. Neither sister is really that likeable, but surprisingly, both are very sympathetic, when you start to learn what they have survived.

Apart from the relationship between the sisters, Braithwaite makes use of the culture of Nigeria to add to the atmosphere of her story. It is set in Lagos, the largest city in Nigeria. Korede's family is fairly high status, and they give the appearance of wealth, living in a large house. They are careful about keeping up appearances and behaving as expected. We get the impression of an extremely patriarchal society, where even ten years after his death, their father's memory must be celebrated with appropriate ostentation. In no way are the sisters or their mother able to speak of the violence of the father, or of his corruption. Their aunt supports her brother, even in his insistence that a 14-year-old Ayoola be given to a local chief to help seal a business deal. Korede is careful to not antagonise the corrupt police or other powerful men as she navigates their world, keeping herself and her family safe from any suggestion of wrongdoing. This is also why she covers up Ayoola's first murder: why take the risk that her cry of self-defence might go unheard. Korede does not even consider putting her sister at the mercy of the police.

This is a fast-paced book, with many of the chapters being only a few pages long. The chapter headings are terse, and tell part of the story themselves. At the end, you need the chapter headings to understand the story. There are no long explanations to slow down the story, it is all immediate. And Braithwaite doesn't spell everything out for us. There are many parts of the story which are hinted at and left for our minds to fill in the gaps. Behind the simple story, there is a much more complex story which keeps you thinking after you finish it, about the relationship between the girls and what really happened when they were younger. Ayoola might indeed be a sociopathic serial killer, but what is Korede? As someone asks late in the story, There's something wrong with her … but you? What's your excuse? In the end, Korede is torn but ultimately has to make a decision she can live with. The book doesn't say what that decision is, but the chapter heading makes it clear if you think of it and its connection with the story.

A finalist for the 2019 Women’s Prize, Longlisted for the Booker Prize in 2019 and winner of the LA Times Book Prize for a Mystery/Thriller, My Sister the Serial Killer is a darkly humorous novel that challenges the reader’s own moral compass. Highly recommended. 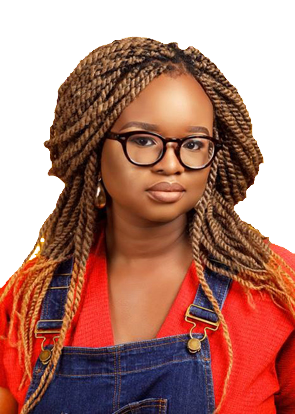