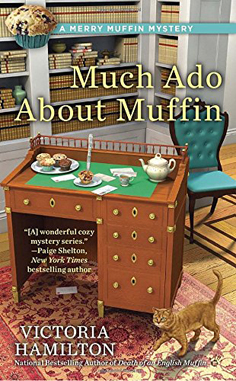 This finishes the Merry Muffin mysteries for me for the moment, as the next in the series isn't due to be published for a couple of months yet. While the third one disappointed me just a little, this one was back to being as enjoyable as the first two. The plot moved along quickly, he characters were enjoyable, and more believable (still can't believe anyone actually put up with Cleta from #3 for more than a day).

Merry has been in Spain for a few months, spending time with her dead husband's family and making peace with her mother in law before she died. When she finally returns to Autumn Vale and Wynter Castle, she finds she has a new house guest. An opera singer, Roma, with a bad case of stage fright has been given refuge at the castle by Pish (old friend of Merry's who lives at the castle with her). Roma creates dramas wherever she goes, including a public spat with the local post mistress. Merry suspects the various dramatic scenes are just Roma behaving as she thinks opera divas are meant to act, but she has a lot of people mad at her. Initially I thought Roma would be the victim, but I was wrong.

When Merry returned from Spain, she only brought a small suitcase with her, with her brother in law forwarding her remaining luggage through the post. When it doesn't turn up as expected, and the tracking shows it's been delivered to the post office, Merry also has an argument with the post mistress. The next morning, she visits he post office early to apologise and to try to find her luggage. Instead, she finds the dead body of the post mistress. Murdered with a letter opener belonging to Roma.

Merry sets out to clear her unwelcome houseguest from suspicion. Along the way, she has other minor problems to solve, such as freeing Emerald from the clutches of a scammer, working out why Shilo is unhappy, continuing her quest to find a way to keep the castle, and to finally get the hunky Sheriff Virgil Grace out on a date.

While other books in the series have had minor references to the importance of family and friends in your life, the theme is much stronger in this one. Merry finally found out a little about her family history at the end of the third book, and this book consolidates how she feels about the people she now lives amongst. It starts with her finally dealing with the death of her husband, and being able to move on with her life and moves on to her realising how important her friends' support has been to her. And resolving to make sure she does everything she can to support her friends in return, such as helping Shilo move on from the abuse in her childhood.

The actual murder plot is well done, with plenty of suspects and believable motives. I did pick up on most of the clues, and had my suspect list narrowed down to a small field. I couldn't pick between the last few, and thought the reveal was quite satisfying. We got the murderer exposed and the scammer exposed at the same time. Two plot lines tied up in one scene.

The end of the book tied up all the loose ends, and left us with a few budding romances. However, we were still left with one unresolved mystery at the end - did Merry ever get her missing luggage back? It's never mentioned again after giving her the reason to find the body.

A fun mystery, recommended to cosy mystery fans after a quick, entertaining read.

Other Books in the Series 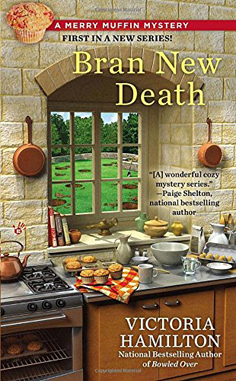 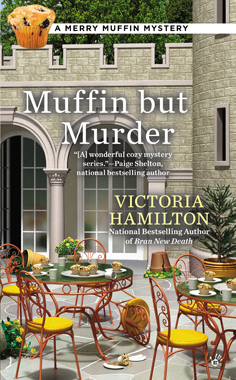 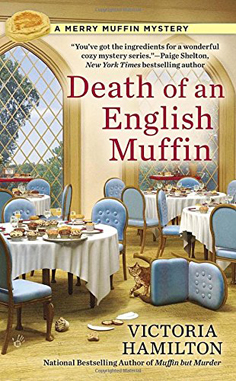