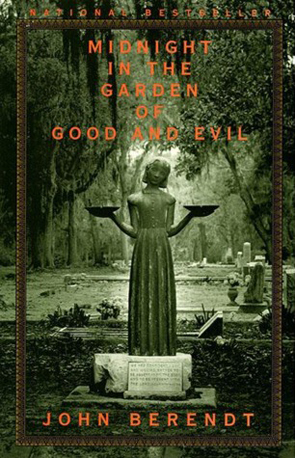 Midnight in the Garden of Good and Evil
John Berendt
Toriaz

Savannah’s resistance to change was its saving grace. The city looked inward, sealed off from the noise and distractions of the world at large. It grew inward, too, and in such a way that its people flourished like hothouse plants tended by an indulgent gardener. The ordinary becomes extraordinary. Eccentrics thrived. Every nuance and quirk of personality achieved greater brilliance in that lush enclosure than would have been possible anywhere else in the world.

Midnight in the Garden of Good and Evil, page 388

Whether or not it is due to its geographical isolation, Savannah certainly seems to have a fair number of eccentrics. The first half of this book is basically a chronicle of all the eccentric characters the author has met since he moved to Savannah. Although we meet Jim Williams, the man who will later be on trial for murder, in the first part of the book he is just one of the many fascinating characters we meet, a successful antiques dealer who has built up a fortune from nothing, and who lives in one of the grandest houses in Savannah, Mercer House.

The shooting that is the centre of this story doesn’t happen until the last few pages of part one. Perhaps the point of the gradual build up and all of the other characters is to show that nobody was really that concerned about Williams’ actions, that it was just another incident of many strange incidents in Savannah. Not long after the shooting, Williams throws his normal Christmas party, long established as the highlight of the social calendar for Savannah society and most of the invited guests are happy to accept the invitation. Many of guests had themselves been involved in highly questionable deaths of close family members without any consequences from the law. They are also so highly established in society that nothing they do will affect their status.

Much of the second half is about whether or not the shooting was self-defence or deliberate murder. This is actually a true crime story, not fiction. It is sometimes classified as a ‘non-fiction novel’, rather than historical fiction or true crime. My only previous experience with a true crime book is Truman Capote’s In Cold Blood. While Capote’s book tells what happens like a story, with build-up of characters and following the murderers afterwards, to me it always read as a true account, and a fairly impersonal account at that. In contrast, Midnight in the Garden of Good and Evil could easily be read as pure fiction. In a note at the end of the book, Berendt says that although the story is based on true events, he has changed some character names and has altered the timing of some events to better fit the story he wanted to tell. So it’s not strictly a True Crime book.

Williams’s murder trial eventually stretched to four separate trials, with a few appeals to the Supreme Court in between. In addition to high-powered lawyers, Williams had a local voodoo practitioner helping his case. The voodoo aspect of the case is where the title comes from. Williams needs work done on both sides of midnight to help his case. Williams may not believe in voodoo, but feels it can’t harm his cause, and costs him far less than his lawyers charge.

That the case went to four trials is one of the reasons why it is so fascinating. Most people who knew Williams where surprised he was charged with murder to begin with, and even more surprised that he was initially found guilty. Over the course of the trials, Williams’ lawyers uncovered many instances of mistakes made by the police at the crime scene and of the suppression of evidence favourable to Williams by the District Attorney. But Williams was revealed in the first trial to be a closet homosexual and to have paid Danny Hansford, the victim, for sex. It appears that prejudice was enough to overcome reasonable doubt. If Williams had not been rich enough to continue to pay for his expensive lawyers, he would not have been able to keep up with the appeal process.

After finishing the book, I tracked down a copy of the 1997 Clint Eastwood directed movie based on it. John Williams is played by Kevin Spacey, and I think he captured both the look and character of Williams incredibly well – smooth and charming on the surface, with a hint of menace lurking underneath. But watching him with current knowledge, and seeing him show interest in the young reporter makes his portrayal of Williams seem a bit creepy.

Obviously a film was never going to drag itself out to four trials, and indeed collapsed all of the action into a relatively small-time frame (the book spans 8 years). The whole story is simplified and many of the eccentrics who feature in the book are either just mentioned in passing, such as Joe Odom who is a leading character in the book but who gets just one scene in the movie, or are omitted altogether, such as the Adler’s. One character that thankfully did not get left out is the wonderful Lady Chablis. Indeed, Eastwood was lucky enough to get Chablis to play herself in movie, and this is one of the highlights of the movie.

Although, as the narrator of the book, Berendt gets to know Williams well, is sympathetic to him (at least at first) and gets involved in discussions of defence tactics. The film, however, gives him a much deeper involvement, as an investigator for the defence team. He becomes the means by which vital evidence is uncovered.

While the second part of the book focusses heavily on the trials and various legal issues, it also continues to feature more of Savannah’s eccentric characters and what they get up to. In contrast, the movie is more of a courtroom drama. I found the movie enjoyable, but lacked the depth and humour of the book. And while it showed off some parts of Savannah, I don’t think it showed enough of the town to make me want to visit. In contrast, the book’s descriptions of Savannah made me want to jump on the first plane that would get me there.

The book is a highly pleasurable read. It is an entertaining true crime that focuses more on the setting of Savannah and the many eccentrics who inhabit it than on gruesome details of the crime. Highly recommended. The movie was also enjoyable, and worth watching if you can find a copy, but don’t expect the depth or energy of the book.

Midnight in the Garden of Good and Evil Trailer
Widget is loading comments... 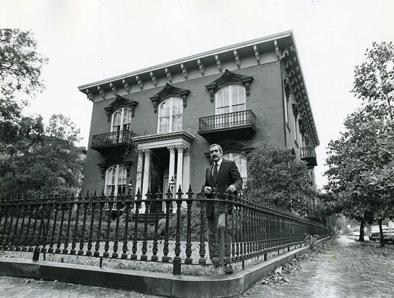 Midnight in the Garden of Good and Evil, page 247