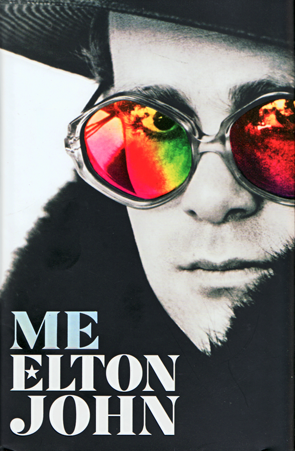 It seems like I’ve listened to Elton John ever since I was a kid – obviously I haven’t since he is only nine years older than me – but it seems that way, anyway. I remember his music always being played on the old record player when I was growing up, and when he came to Sydney in the 1980’s it was incredible to see him live at the Entertainment centre: so vibrant; such a variety of songs and outfits. Simply an amazing performer!

I have now read a few biographies relating to music stars: Jimmy Barnes and Freddie Mercury are probably the two that come to mind most because of the similarities in difficulties they faced. While Jimmy Barnes, the lead singer of Cold Chisel, an Australian band, may not be well known overseas, Freddie Mercury is certainly well known worldwide to most, but especially those of my era. One thing I have certainly come to realise over the time is that many rock stars such as these have led difficult lives, involving addictions, alcohol and a variety of drugs being the most common. For each of these stars they were able to eventually work though their addictions and come out alive on the other side, but not without struggle. Elton John had the additional struggle of coming to terms with his sexuality and eventually coming out as gay. Freddie Mercury was actually one of his close friends and Elton looked upon him as a kind of role model in terms of his life and career.

Before reading a biography like this it is easy to forget how many stars each of these rock legends like Elton John have made close contact with over the time. In particular, Elton speaks of John Lennon and how Yoko Ono reached out to him after the Beatle was shot dead, to finish some of Lennon’s unfinished songs and record them. Elton could never bring himself to do it, because he didn’t think he’d do it justice. He speaks fondly of Freddie Mercury and his devastation at seeing him wither not long before his death, and how hard that was to cope with. He also speaks of how, having come through the other side of drug addition, particularly to cocaine, he tried to help George Michael before it was too late. He also fondly speaks of Prince William and Harry, of the beautiful Princess Diana and how Bernie Taupin, his long-term friend and lyric writer collaborated to produce a version of ‘Candle in the Wind’ for her funeral, a song he has never sung since because of the sadness he felt after her death.

Elton John is extremely candid in his book, which covers his life from a young lad, his struggles with family life, including both parents, his coming to terms with the fact that he was not only bisexual, an alcoholic, a drug addict, a sex addict, a shopaholic and bulimic, but that he could also explode when things didn’t go his way. He talks of how much time he spent in therapy, going from one session to another for these addictions, trying to sort out his life. One cannot imagine the amount of time involved here. The book obviously covers a great deal more, and in more depth than the recently produced biopic Rocketman, which had to use some licence in spots to make it work for the big screen. But other parts of his story as portrayed in the film, such as the many relationships he had through his life, are not such a large part of the book, despite their obvious importance and impact they had on him. For example his long term relationship with John Reid, both as a lover and his manager is not fleshed out even though it was obviously paramount in his life at the time and had devastating effects for him getting back on his feet in the long term.

I was not aware until I read this book that a prior documentary movie had been produced about a year in Elton John’s life. Produced in 1997 it was filmed by his then partner, David Furnish and called Tantrums and Tiaras, something I must now try to search out. It will be interesting to see his portrayal compared to the later biopic staring Taron Egerton.

The final part of the book looks at his life with his husband, David Furnish, their work with AIDS charities and their experience of having two children via surrogacy. Indeed he seems to have come though his difficult years and is now looking at retiring from stardom to become a fulltime dad, something he relishes.

I thoroughly enjoyed reading this book. It has photographs throughout to help bring the characters to life. It took me quite some time to get through, not because it was difficult, but simply because life often gets in the way. But with lockdown in Australia at the moment because of COVID-19, it gave me a chance to finally sit down and finish it. It was also nice to reminisce to some of the songs I grew up with and hadn’t listened to for a while. I can thoroughly recommend this book. 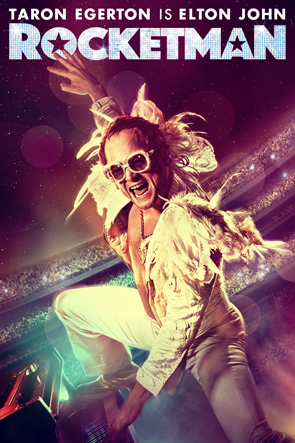 Rocket Man
Rocket Man, starring Taron Egerton, is a brilliant biopic that approaches Elton John's life in the manner of a traditional musical, adapting the songs he and Bernie Taupin created to tell the story. 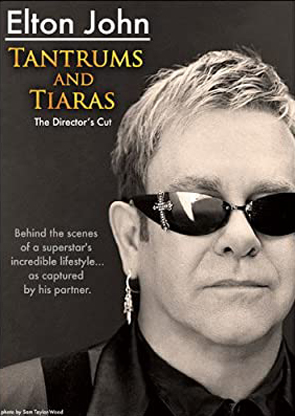