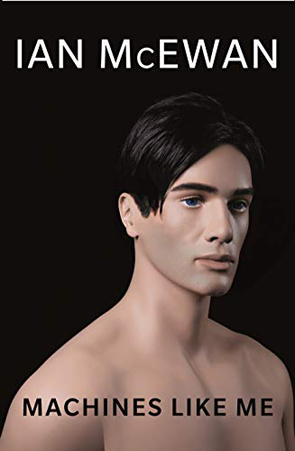 Machines Like Me is something of a change from other Ian McEwen novels I have read. One aspect of the novel deals with the implications of artificial humans and artificial intelligence, placing it firmly within the Science Fiction genre. Yet, unlike many Science Fiction books and films that deal with this subject – Blade Runner, 2312 and I, Robot for instance - Machines Like Me is set in the past rather than the future. McEwen offers an alternate history of the 1980s, centred around London during a period of social and political upheaval. McEwen’s alternate past is technically more advanced than our present: not only are there mobile phones, but self-driving cars have become the norm. Now, society faces its next step into futurity: artificial humans and all their attendant promise and dread. But McEwen’s past reads more like a contemporary history than Science Fiction, with allusions to Brexit (a common subject in contemporary novels, including Ben Elton’s Identity Crisis, Ali Smith’s Seasonal Quartet and Sam Byers’s Perfidious Albion to name only three) and the current problems Western countries now face concerning identity. Most interesting, for me, the novel extends the possibilities of the common Science Fiction trope of the artificial human. Blade Runner teased at what it means to be human, I,Robot considered the relationship of humanity with robots, and 2312 considered the moral implications of robots’ decision-making with the introduction of quantum computers. Machines Like Me does all these things and more.

Adam, one of twenty-five new artificial humans (twelve male and thirteen female) have been made available for purchase at an exorbitant sum. Charlie Friend, a former lawyer, now disbarred and playing the stock market to make a living, decides to use the inheritance left to him by his mother to buy one of these new machines. Charlie tries to understand his own risky decision. He is aware there is a hollowness in his life: he lives in a state of mood neutrality in a neutral zone. He grew up without bedtime stories, having never seen a play, listened to music, without poetry, myths or family jokes. In a sense, Charlie is very much like Adam who, unlike the replicants of Blade Runner, was never given a past by his makers. Charlie’s purchase of Adam is, arguably, an attempt to complete himself.

At the same time, Charlie is cautious not to merely replicate himself in Adam. To this end he seeks the help of his attractive neighbour, Miranda, to whom he gives the responsibility of setting one half of Adam’s personality parameters. Charlie wants to form a new being, much as he and Miranda might have done had they had a child. This is one of the many aspects of human life that McEwen is able to explore through his story. Like Geppetto who dreams of a son when he makes Pinocchio, Charlie soon discovers that he has little control over what Adam thinks, feels or does. Instead of a child, Charlie discovers he has allowed a rival into his home. Adam expresses love for Miranda, and Miranda takes him to bed one night. It is little wonder, when Charlie and Miranda have an opportunity to adopt a real child, Mark, that Adam is increasingly drawn to the idea: to make the puppet (although not a ‘puppet’ in the pejorative sense) a real boy.

One of the most interesting aspects of the story is McEwen’s decision to set it in a period which was, in our past, the very beginnings of the computer revolution for the mass market. Why he did this was a fascinating question for me as I started to read. McEwen teasingly dots his narrative with variations on real history. The most significant is Britain’s loss in the Falklands War. Margaret Thatcher, instead of gaining a poll boost and winning the next election in a landslide, loses the election and tearfully steps aside for Tony Benn to become the next Prime Minister. The demonstrations against the Poll Tax remain, but we learn that Kennedy narrowly escaped an assassination attempt in Dallas in 1963, Jimmy Carter beat Ronald Reagan in the 1980 election, the Beatles have regrouped and produced another album, while Britain is heading for a divorce from the European Union decades before the 2016 referendum of our own reality. And while Alan Turing was still charged for homosexuality and given the option of chemical castration in the 1950s, in McEwen’s story he refused, did a prison sentence instead, didn’t commit suicide, and is now a national hero, influential in the development of technology.

McEwen’s alternate history is not just the product of whimsy. It speaks to the very heart of the notion of identity. The present is the frailest of improbable constructs. It could have been different, Charlie realises. There are versions of reality he imagines in which Shakespeare may have died young and was never missed by history, or America dropped atomic bombs on Japan at the end of World War II, or the Earth rotated slightly more before the impact of the meteorite that killed off the dinosaurs, missing the sun-blotting, fine-grained gypsum sand of the Yucatan, allowing the dinosaurs to live on and deny future space to the mammals, clever apes included. So, in this ever-expanding collection of what-ifs McEwen’s England has benefitted, it seems, from the potential of an Alan Turing who lived through his persecution. At the same time, it is a country torn by the promise of the future, as well as the uncertainties that future holds. Will robots take over jobs? What will people do if robots do everything? Will culture degenerate, resembling the worst excesses of the Julio-Claudians? England is in a state of flux, and how it will define itself in the future is dependant a variety of factors now at play. In short, who will we become?

The narrative also poses moral questions about the decision-making of hyper-rational intelligence; about how we define a sense of ‘self’; about the moral obligations we owe our creations, much like the moral questions raised by Frankenstein’s treatment of his creature; about how human behaviour will live in conjunction with the moral absolutes of machines. Miranda’s past becomes a point of conflict between what is morally acceptable to humans and what can be accepted within the moral parameters of a machine.

Added to this is the challenge raised by technology to notions of Utopian dreams. Adam’s sense of Utopia resides with the belief in connectivity: of the human mind conceived as an ocean of thought, like a hive mind, a notion preceded by the Internet: like social media without posturing and lies. Everything known. But there are sobering implications for humanity. If everything is known Our narratives will no longer record endless misunderstandings. Our literatures will lose their unwholesome nourishment. In essence, culture will be reduced, with literature stripped down to its barest form, the lapidary haiku, expressing a single moment, a single perception. Adam loves this pure form, and has composed thousands. We can both marvel at the autonomy Adam has achieved as well as be disturbed about how machines might change humanity.

It is a thought which contains the essence of that old paradox, of an invaded country invading its invader; of changes worked upon those that seek to shape the destiny of others, or in the case of artificial humans, how we as humans may be shaped by the minds we seek to shape. It seems less than ironic that our creations might otherwise change our own thinking, our own culture. To this end, McEwen sees the potential of artificial humans not just to mimic us, but their potential in literature to be a metaphor for us. As Charlie becomes acquainted with Alan Turing, he learns that some of the Adams and Eves have been deliberately destroying their own minds in a kind of robot suicide. Faced with the problem of meaning and purpose in their lives, they have been overwhelmed by the kind of existential crisis that plagues humans, without the ability to accommodate the kind of paradoxical thinking humans can accommodate. It’s interesting enough, but ‘connected’ mind as a metaphor for the mind en mass, of mass demonstrations against Brexit, for instance, and the fracturing of our cultural identity, McEwen has imbued artificial humans with qualities that reflect the problems of our modernity; of what plagues us now; of conflicts over national identities and values.

This is a subtle and well-written book which explores the idea of what defines a ‘self,’, of how we live in relation to the world about us, and what we mean by morality. Miranda’s story – not discussed in this review – forms the backbone of the whole plot and the problem of moral behaviour. There are many ideas to explore in this novel and an interesting plot to draw the reader along. For those interested, reading the novel is the next step in finding out not only what happens, but what a man like Alan Turing may have thought about our possible futures. Well worth a read.

“The present is the frailest of improbable constructs. It could have been different.” 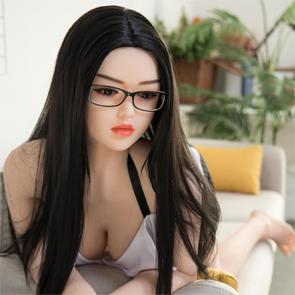 I read an article in the newspaper last year about the development of high quality robotic sex dolls that possessed their own computer that controlled facial movements and boasted artificial intelligence. Charlie Friend tells us in Machines Like Me that the Adams and Eves are not sex dolls, but Miranda sleeps with Adam early on and there is a continuing tension between Charlie and Adam following that.