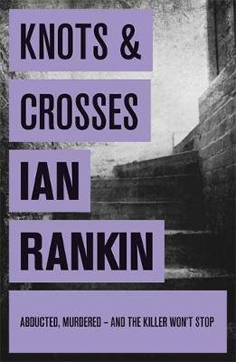 What a great read! Very different to my normal preference for cosy mysteries, this is a much grittier style of crime writing. The book was a bit slow to start with, but gradually builds momentum until suddenly you're caught up in the action and just want to keep reading to find out what happens.

The main character is John Rebus, formerly in the army and SAS, now a detective with Edinburgh police. He seems a competent cop, good at what he does but not outstanding. He's summoned to join the investigation into what appears to be a serial killer - a person who is abducting and murdering young girls, seemingly without motive - but gets assigned to the most tedious tasks of the team. We get hints of a past trauma in the army which gradually get revealed to be important to the plot. We quickly discover Rebus drinks too much, smokes too much, doesn't get on with many people and has a failed marriage behind him. He's an interesting character, but not a particularly likeable one. I could feel sympathy for him, but at the same time be glad that I didn't have to deal with him in real life.

Someone is sending Rebus cryptic messages which he dismisses as a crank. It takes a while for it to dawn on him that the messages are related to the case, and that the killer has a personal interest in him. Rebus has to figure out why the murderer has an interest in him before he can kill again, this time with a personal consequence for Rebus. The plot device used to solve the case is a little contrived and unrealistic. It seems a little too convenient that Rebus has a brother who is a hypnotist, and that a quick session with him can reveal all. But the device does provide an easy way to reveal Rebus's traumatic past in the SAS and his links to the murders.

There's an interesting side story of his relationship with his brother that I wish was a bit better developed. The whole story of what his brother has been doing and how he got involved with it felt a bit rushed and under developed. I would have liked this part to have been expanded on a bit, but this is a minor quibble with an excellent story.

Although a really great read, let down a little by what felt like a rushed ending. I would have like another chapter or so, dealing with the aftermath for Rebus and his family. But this is the first book in a series, so perhaps we get that in the next book.