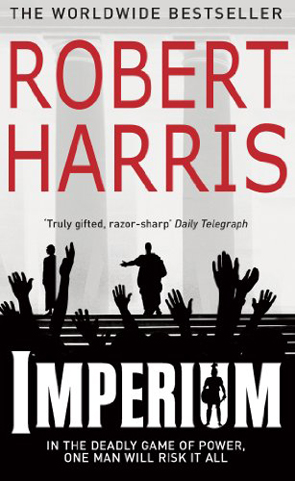 A belief has become established — as harmful to the Republic as it is to yourselves — that these courts, with you senators as the jury, will never convict any man, however guilty, if he has sufficient money.

Imperium is the first book in a trilogy based on the life of Marcus Tullius Cicero, famed as one of the pre-eminent orators of Rome near the end of the Roman Republic. Cicero is a ‘new man’, the first in his family to ever win an election to the senate. He is ambitious, and dreams from a young age of achieving imperium, the power to life and death , as vested by the state in an individual. This book tells the story of how Cicero gained that power, using the prosecution of Verres as a stepping stone to becoming consul of Rome.

The story is told by Cicero’s confidential secretary, the slave Tiro. According to the author’s note at the end of the book, Tiro did actually write a life of Cicero. Both Plutarch and Asconius made references to this work which was lost in the general collapse of the Roman Empire. Harris has recreated what this book what might have been like. Tiro admires Cicero and is loyal, but also wants the truth about him to be told, so includes some aspects of the story which are less than flattering.

You get the feeling over the course of this story that Cicero, although disgusted by the excessive level of Verres’s theft and corruption, is more concerned with using the trial as a calculated means to an end. Defeating Hortensius, Verres’s defence lawyer, will give him a higher position in the senate (the traditional right of a victorious prosecutor) and will aid him in his initial goal of being elected as an aedile, and ultimately, consul. Cicero had previously given his support to Pompey in the expectation of reward, only to find that Pompey the Great was not that great at rewarding his supporters. He realises that he needs to do something notable in public view to advance himself.

Cicero already knew of the grievances of the Sicilians for many months, and had done a little to help them, but was not interested in taking further action which might cost him support in the senate until after he was publicly humiliated by Pompey and saw the use he could make in prosecuting Verres.

The cynical advantage Cicero takes from the prosecution is demonstrated in the second part of the story, when he defends Fonteius who is facing a similar prosecution to that which Cicero had brought against Verres. Cicero’s cousin Lucius who aids him in the prosecution of Verres and who comes to believe deeply in the cause of Roman justice, is horrified by this. He would have been even more horrified nearer to the end of the book when Cicero contemplates defending Catilina. However, Cicero changes slightly at this point, and realises he cannot defend Catilina, no matter how good it might be for him politically, and still think of himself as acting honourably in the eyes of his newborn son. After all, one of his reasons for working so hard to gain the consulship was so that his son would never be called a new man.

In deciding not to wait for advancement by Pompey, Cicero is contrasted with Palicanus who continues to loyally support Pompey and becomes too dependent upon his favour. Palicanus never gets his share of the spoils, as after a few years he has nothing left to offer.

I had never previously heard about the prosecution of Verres, or read the speech Cicero gave in the trial which gave him the victory. Since finishing this book, I have read the speech Against Verres. Harris used parts of the speech in his book. Not the whole speech, the book still remains Harris’s work, but he weaves parts of Cicero’s words into the story so that you get a feel for the speech and its impact on the crowd without just copying it out verbatim. And you get to feel the pressure put on the jurors, most of whom had been bought by Verres and who were made to squirm and feel as if they were the accused and were on trial themselves. Cicero’s plan was simply to obliterate Verres’s defences so completely that by the time he had finished laying out his case not even the most corrupt senatorial jury in Rome would dare to acquit him. And of course, his plan succeeds, when the final witness Cicero uses describes Verres’s torture and execution of a man who claims to be a Roman citizen. Cicero stirs the crowd at the trial to riot with his use of I am a Roman citizen, the final defence and sanctuary of even the poorest Roman. Verres is broken, he flees Rome instead of continuing his defence.

This is a highly entertaining book which recreates a historic drama and sets it up as the foundation used by an ambitious man to establish his name and obtain power. It is also filled with wry observations from Tiro on the nature of politics and politicians. Any of his statements could equally apply today, such as little gem when Cicero’s pregnant wife insists that he accompany her to a temple to sacrifice a lamb – Cicero was delighted to oblige her, for he was genuinely overjoyed at the prospect of another child, and besides, he knew how much the voters lapped up these public displays of piety. Tiro scatters many such observations throughout this book.

All up this was a great book which I would highly recommend. 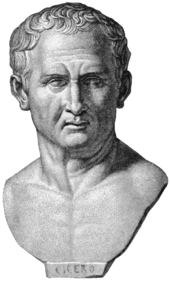 For here is the man, and here is the case, that will provide an answer to this question: will a court of Senators convict a guilty man if he is rich?