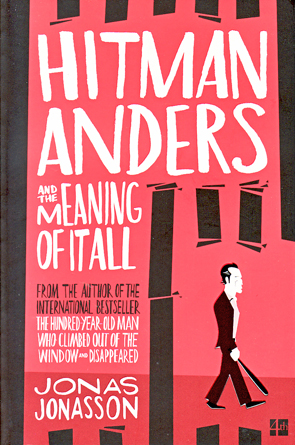 Hitman Anders and the Meaning of it All
Jonas Jonasson
Toriaz

I’ve read Jonas Jonasson’s previous two books – The Hundred-Year-Old Man Who Climbed Out the Window and Disappeared, and The Girl Who Saved the King of Sweden – and loved both of them as quirky comedies. So, I went into this book with high expectations. This one however was not as immediately engrossing as the previous two. Those first two just got more and more complicated within a few chapters and rapidly snowballed into ridiculous situations. This one started much more slowly, and it wasn’t until around half way through the book that I actually got into the story.

I think one of the main issues for me was the characters. Allan from The Hundred-Year-Old Man, and Nombeko and Holger 2 from the Girl Who Saved the King of Sweden, were all likeable and engaging characters. They were all smart and part of the humour of the books was them having to deal with the stupidities created by the idiots they were surrounded by. In contrast, I found I cared very little about Per Persson (the receptionist) or Johanna Kjellander (the priest) or Johan Andersson (Hitman Anders). I don’t think it helped that Per and Johanna were just called ‘the receptionist’ and the ‘the priest’ for much of the book. I didn’t connect with them or particularly care what happened to them.

About halfway though the receptionist and the priest come up with the unusual idea that instead of following the sensible approach of staying on the run and hiding from the criminals they have ripped off, they should form a church with Hitman Anders as the Pastor and religious leader. At this point the story introduces a few new characters and switches from a single point of view to being told from four different points of view. The snowballing into chaos begins, it all starts getting ridiculous and much more entertaining. But it never quite manages to reach the charming quirkiness of Johansson’s previous two books.

The starting premise of this story is that Hitman Anders moves into the seedy hotel where the receptionist works, after being released from prison for the third time. He is determined to avoid drugs and murdering people this time round. He isn’t particularly bright (even by the standard set by this real life hitman who was linked to a hit by the GPS tracking on his Garmin watch) and is easily manipulated by the receptionist and the priest who form a lucrative business of managing Hitman’s activities (within an ethical framework, of course). All goes well until Hitman Anders finds religion and refuses to continue his current line of work. It’s a very black comedy that takes time to get rolling into the farce it promises to become, but it does get there in the end.

One of the amusing parts of the story is the satire on organised religion, and in people’s unquestioning belief in what they want to believe.

When Hitman Anders first starts to experience a sense that life is hopeless – his general approach to life, that is, with a plentiful indulgence in booze followed by lots of violence – and to wonder if maybe if this is really the best way he could be living his life, he decides to talk to the priest about God and the Bible and how all that stuff works. Now the priest has never believed in God, and has recently been kicked out of her parish. She is perhaps not the best choice of person to provide spiritual guidance to Hitman, but she is all that he has.

The priest belatedly sees the danger in Hitman’s interest and attempts to discourage him by explaining the inconsistencies in the Bible. But much like many Christians, Hitman hears only the parts he wants to hear:

The priest noticed that the hitman found miracles more compelling than doubt, but she didn’t give up. She explained that two of the four evangelists had had a third evangelist’s writings in hand as they wrote. No wonder their testimonies were similar. But the last one, John, had made up a load of stuff on his own a hundred years after Jesus had hung on a cross. He suddenly claimed that Jesus is the way, the truth, and the life, that he is the light of the world and the bread of life and everything in between.

‘The way, the truth, and the life,’ said Hitman Anders, with a certain reverence in his voice. ‘And the light of the world!’

The priest continued, saying that parts of the Gospel of John, by the way, were not even written by John. Someone has made up new bits as much as three hundred years later, including a famous scene where Jesus talks about how he who is without sin should cast the first stone. The guy who came up with that, whoever he was, was probably trying to say that no one is without sin, because there never ended up being any stone-throwing, but the question is what this story had to do with the Bible.

‘Three hundred years! Do you understand?’ said the priest. ‘That’s worse than if I were to sit down today and make up how things actually went during the French Revolution, and who said what – and then have all the world’s historians reading, nodding, and agreeing with me!’

‘Yeah,’ said Hitman Anders, without listening to any more than he wanted to. ‘Jesus is definitely right. Who on earth is without sin?’

- Hitman Anders and the Meaning of It All, page 83

There is also an interesting little side discussion of comparative morality. One of the new characters in the second half of the book is a churchwarden who was attached to the church building our main characters buy for their new religion. He is outraged by the services held, as they degenerate into drunken disarray thanks to the cases of red wine distributed for communion, and even more so when he realises just how much money is being fleeced from the gullible congregation each week. But after we have several chapters of his outrage, we learn that he kept a tenth of the weekly collection of the original church for himself for years.

Overall there are some amusing parts to this book, and it eventually gets into the ridiculous farce I was hoping for, but it was a slog to get that point, and at one stage I very nearly did not finish it. 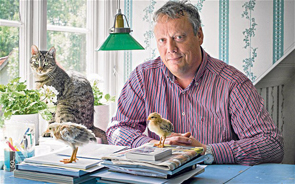 Jonas Jonasson
Jonas Jonasson is a former journalist who published his first book The One Hundred Year Old Man... in 2007 which enjoyed international success. 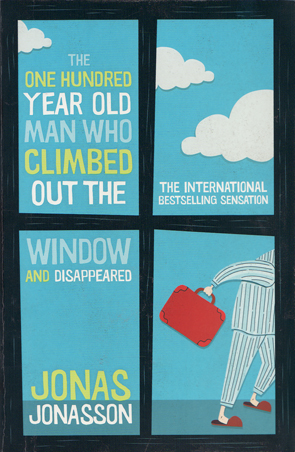 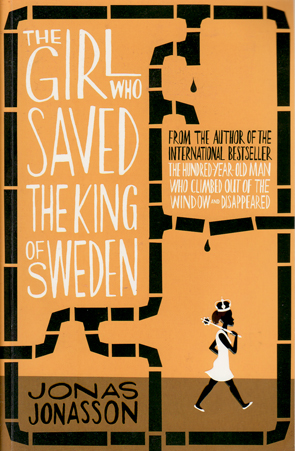