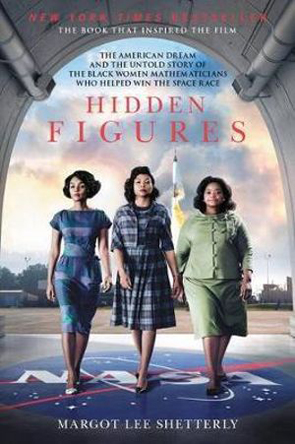 Hidden Figures is an inspiring read, for telling the stories of the challenges and successes of the main characters, black women during 1950s and 60s America, and for setting it into the context of a time of great social change. The story that it tells makes the book worth reading for anyone interested in the space program, or in the civil rights movement, or in women’s rights.

But it does have some negatives, and I’ll get them out of the way first. I found the style of Shetterly’s writing grating, and reminiscent of the tone that you sometimes get in US television documentaries. It was badly written and could have used a good editor. The book jumps around too much for a cohesive narrative. A chapter will frequently start with one character, then jump around to others, move around in time (and occasionally place), then finally come back with some significant statement about the first character, if we are lucky.

There are also continuity errors which should have been picked up. For example, one character is referred to by two different names within two paragraphs (Katherine Johnson who is Katherine Goble for much of the book, then marries Jim Johnson roughly two-thirds into the book. The book refers to her as Johnson in one paragraph then Goble in the next, and this is a few chapters before she meets Jim Johnson).

Despite the writing, I loved this book and found it enthralling reading due to the fascinating subject matter. But the writing made me drop my rating back to 4 stars.

I watched the movie based upon this book around a year ago, and I would also highly recommend the movie, possibly even above the book. The movie focusses on three main characters, and also focusses on the relatively small timeframe leading up to John Glenn’s orbit of the Earth in 1962. The book includes the stories of more people, and covers the period from 1943, when the U.S. needed more people to work in the Langley Memorial Aeronautical Laboratory on aircraft research for World War II than could be provided by the white male population, to 1969, when Neil Armstrong became the first man to walk on the moon. The epilogue then continues the stories after 1969

The movie takes all of the detail in the book and conflates several characters into the three main characters (and further creates a main male character) to tell a succinct and entertaining story. A good example of this is the opening scene of the movie, where the car Dorothy, Katherine and Mary are travelling to work in breaks down, and they are confronted by a threatening police officer. I think this scene memorably and succinctly represents pages and pages of documentation in the book on the prejudices faced by the black characters every day. It also demonstrates the intense pride generally felt by citizens in the space research program, when the officer is satisfied that the three women really do work for NASA and gives them an (unnecessary) escort to work.

But however entertaining the movie is, it cannot of course provide the sheer detailed information of the book, nor can it fully show the social context of the women’s stories. For this is not just the story of three women who managed to succeed in a challenging field that largely excluded women and black men, let alone black women.

At the start of the book, the Langley Research Centre, the home of the National Advisory Committee for Aeronautics (NACA) is working with the US Army Air Corps to advance the scientific understanding of aeronautics and apply this understanding as quickly as possible to aid the US war effort. Langley ran three shifts a day, six days a week. This needed people, not just the engineers, but support staff such as craftsmen, to build what the engineers needed, mechanics to keep everything working, and mathematicians to process the huge amount of data that issued from all of the research.

By 1943, mathematician had largely come to mean female. Langley had a large pool of white women trained in maths at college but whose main career prospect was to become a school teacher. Very few of these women were given the title mathematician, a title which entry-level males automatically received, but were generally classified as sub-professionals, with a lower pay scale (highly beneficial to Langley’s bottom line). Then in 1941, President Roosevelt signed two executive orders which prohibited employment discrimination on racial grounds. In 1943 the first black computers were hired by Langley. Dorothy Vaughan was amongst the first. She was joined by Mary Jackson in 1951 and Katherine Goble (later Johnson) in 1952. Stories of these three women form the main part of this book.

Another positive for the book over the movie is the way that it presents the story against the backdrop of huge upheavals happening at many different levels, and provides some context for all of these changes. Great scientific advances were being made at Langley and other research centres, but at the same time there were battles for equality for women and for black people against conservatives who sought to keep traditional American customs and values in place; values which included white supremacy. It was also the start of the Cold War, where the fear of communism was also used to maintain the status quo, with civil rights and women’s lib suppressed.

The Cold War is an important backdrop for this story. Of course it provides the impetus for the space program, and leads to NACA, which hired our main characters, becoming NASA in 1958. But the book also discusses the impact of segregation on international politics. Many countries became independent of former colonial rulers after World War II, and faced a choice on the system of government they would use in their future.

Through its inability to solve its racial problems, the United States handed the Soviet Union one of the most effective propaganda weapons in their arsenal. Newly independent countries around the world, eager for alliances that would support their emerging identities and set them on their path to long-term prosperity, were confronted with a version of the same question black Americans had asked during World War II. Why would a black or brown nation stake its future on America's model of democracy when within its own borders the United States enforced discrimination and savagery against people who looked just like them? (page 104)

Despite the number of newly independent countries embracing communism, the fear of communism was a bonanza for segregationists like Senator Byrd who applied the term communist to anyone who threatened their world view. Proponents of civil rights had to engage in a delicate two-step of denouncing America’s foreign enemies while doing battle with their adversaries at home.

Each of the main characters have struggles both professionally and personally, and each has to deal with different aspects of mainly racism, but also sexism at times. The importance of education is one of the main themes throughout the book, and is used to demonstrate the lag that can exist between legal and political triumphs and social change.

Each of the three women received a good education and were as highly qualified as any white woman at their time, but their qualifications were received at black schools. When Roosevelt signed his executive orders to remove discrimination based on race, and made it illegal for government employers to ask for an applicant to provide a photo with their applications, employers could still easily pick race by the names of the schools and colleges attended. It was seen as a radical move when Langley started hiring black employees, one that created friction between Langley employees and the local population.

When Dorothy, Mary and Katherine attempt higher study, their access is limited compared to white employees. For example, Langley worked in conjunction with local colleges and schools to provide courses on aerodynamics and computing and advanced maths. Those which were held on Langley grounds were open to all employees, but those held on the grounds at local white schools, such as Hampton High School, were accessible only by the white employees.

When Brown v the Board of Education of Topeka was handed down in 1954, it ruled that segregation in public schools was unconstitutional. In theory this should have meant that the courses Langley wanted employees to attend should have been open to all employees equally, regardless of which campus the course was held at. However, Langley was in Virginia, and Senator Byrd, former Governor of Virginia, was vehemently opposed to desegregation, and formed the massive resistance movement against desegregation.

If any public school in Virginia attempted to desegregate, the school was closed. In one extreme case, one county shut down their entire public school system from 1959 to 1964. They defunded the entire public school system for five fucking years rather than desegregate. Apart from the short-sighted stupidity of segregation leading to white students from poorer families being denied an education along with the black students, this also resulted in placing Langley, home to one of highest concentrations of scientists and engineers in the world, in the middle of an area which led the US in denying children an education.

When Mary Jackson began her quest to become an engineer, she faced a number of barriers. The main one was that most of country’s top engineering schools did not accept females, of any colour. Before she could even look at those, she needed additional classes in differential equations. These were only available locally at Hampton High School. Mary had to petition for access to the classes, in the middle of the Byrd era of massive resistance to Federal mandates. She was given the approval in 1956, but this approval was limited to her only, and was not a general opening to other applicants.

Mary was a local, and had attended the local black school. She had seen white students entering Hampton High School, and had always held it in a kind of awe, this place of learning that she and other black children were not allowed to enter. She had a shock when she arrived for her first class in differential equations:

… She had just assumed that if whites had worked so hard to deny her admission to the school, it must have been a wonderland. But this? Why not combine the resources to build a beautiful school for black and white students: Throughout the South, municipalities maintained two parallel inefficient school systems, which gave the short end of the stick to the poorest whites as well as blacks. The cruelty of racial prejudice was so often accompanied by absurdity, a tangle of arbitrary rules and distinctions that subverted the shared interests of people who had been taught to see themselves as irreconcilably different.

In 1958, Mary became the first black female engineer at NASA. It is her personal triumph in the middle of a shameful period when so many children were denied an education.

That is probably the strength of this book, that it shows clearly how stupid the policies of segregation were by illustrating just what the three main characters were capable of, despite all handicaps they faced. They refused to accept the limitations society placed upon them, both as black and as female. All three of the main characters should be well-known figures whose achievements are celebrated. The book is a relatively light read, without too much use of mathematical terms, so it would be accessible for anyone even if they don’t have any background in maths or science. 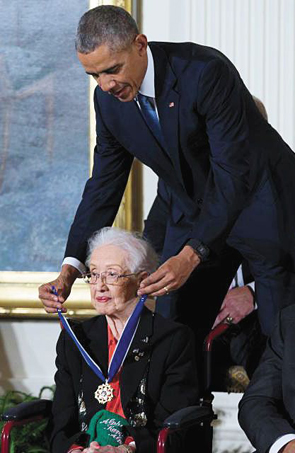