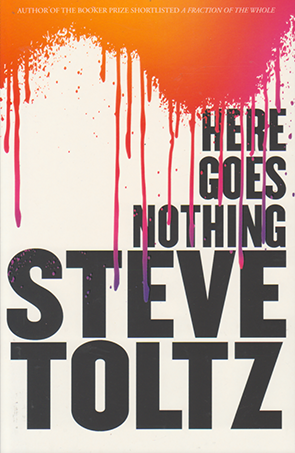 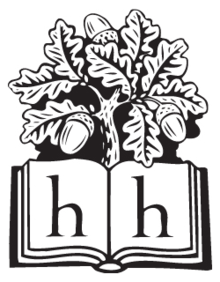 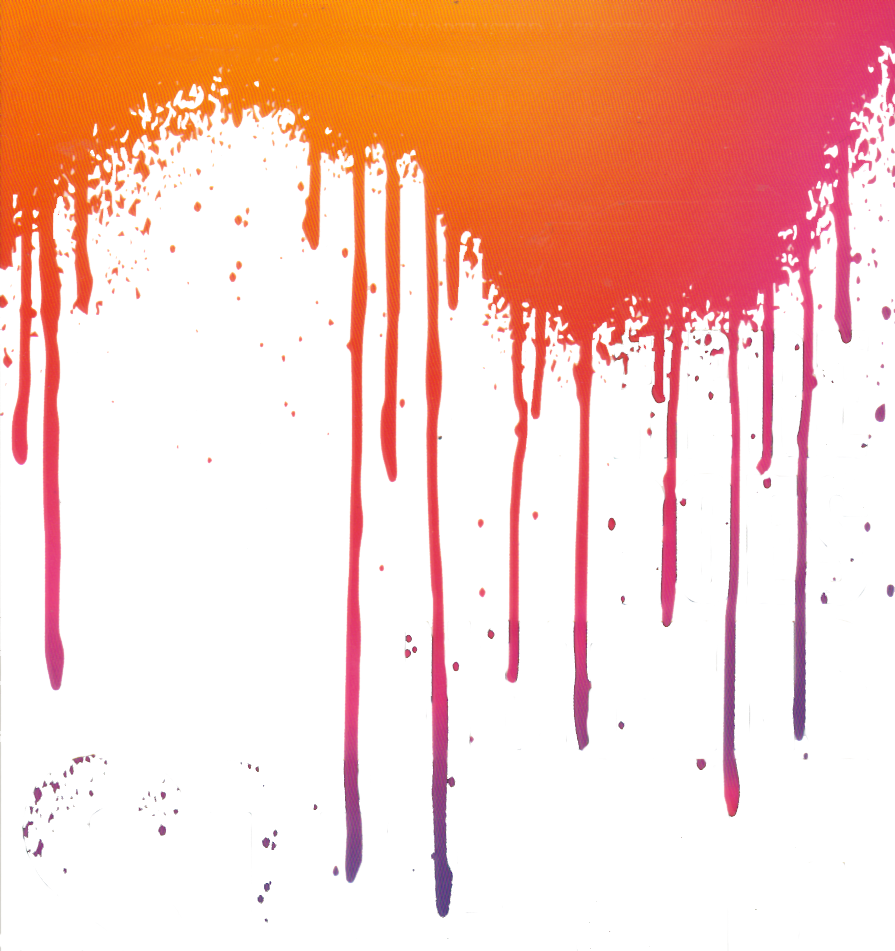 Here Goes Nothing is the third novel from Steve Toltz. Toltz came to sudden prominence in 2008 when he was shortlisted for the Booker Prize for his first novel, A Fraction of the Whole. It was a clever, chaotic tall tale which was pure entertainment: it somehow managed to shoe-horn in allusions to Australia’s policies about boat arrivals as a minor aside, without ever being about that, and other comments about Australian culture, while never burdening the plot. A Fraction of the Whole is one of those rare books that come from nowhere and, once read, leaves you addicted like a poker machine winner after a big payout, feeding more coins into the machine for a long time afterwards. That ‘win’ has led me to read Toltz’s second and third books, Quicksand and now Here Goes Nothing. My poker machine analogy may be a clue that Toltz’s latest work falls far short of the genius of his first, but Here Goes Nothing has its own appeal and satirical agenda.

Toltz takes a stab at a number of modern issues in his latest book: at social media, war, the refugee crisis, religious belief, the impact of the Covid pandemic, the lack of purpose and meaning in our lives and the sheer pointlessness of everything. If you’re after a feel-good novel then go read something else. Sure, there is a lot of humour in this book, but its summation is bleak and nihilistic, even if the premise of the story is based on a kind of life after death.

The story begins (although the novel does not) when Angus Mooney meets Gracie Adler. She is officiating at a wedding Angus attends. Gracie performs ceremonies with a mixture of good will and celebratory remarks, as one might expect, and a good dose of edgy, cynical observations that acknowledge the realities of life. When they marry Angus takes on the role of a wedding videographer to complement Gracie’s wedding business. However, their own marriage is not without its challenges. Of primary concern is their failure to produce a child, which forces them into expensive IVF treatments. Angus, who was himself abandoned by his parents and raised by a series of foster parents, feels compelled to return to the petty crimes he abandoned after his youth, with his long-time friend, Ernie, in order to pay for the treatments.

But Toltz’s book is larger and darker than this domestic tableau. There are threats on the horizon. A 32,000 year old wolf’s head has been found in Siberia which unleashes a deadly virus throughout the world, spread by dogs, so virulent – an 89% death rate – that Covid will seem like a fond memory. Also, Gracie has allowed a man, Owen Fogel, to enter their lives. He turns up at the front door one day while Angus is away, claiming to have grown up in their house. He has a brain disease and now wishes to die there. Owen promises them his fortune after he dies if he is allowed to stay, and the cash-strapped Mooneys agree to the deal. The only problem is, to return to the beginning of the novel, Angus is already dead. He has been murdered by Owen.

Of course, death is not the end of Angus’s story. Rematerializing in the afterlife, he discovers that his cynicism about religion may have been misplaced, except that the afterlife is remarkably similar to our own world, rather than the beauteous promises religions offer. The after world faces the same kinds of challenges as our own. There is war and revolution. There is bureaucracy. There are endless evaluations. Group therapy exists and employment is mandatory because there is even a financial system. Rather than dying and awaking in paradise, the afterlife – in this case a town called Lagaria (“a provincial outpost between two medium-sized cities, neither of which is the capital”) – is depressingly similar to life on Earth. And what is more, no one is any wiser about the existence of God. Weirdly, you can die again in the afterlife, even though any illness or injury disappears when you first arrive. But no one knows what lies beyond that death.

Toltz manages to work several topics into his story. The K9 or Good Boy Virus is a virulent exponentiation of the Covid crisis, in which “the only thing we learned was how to hide from deliverymen.” People are dying at a greater rate than ever before, sparking a crisis in the afterlife, which is inundated with the newly dead and nowhere to house them. The characterisation of the crisis in the afterlife fluctuates somewhere between the MAGA response to immigrants in America, to the Nazis’ Final Solution to the ‘Jewish problem’. First there are plans for new housing, then camps are built, and it is not long before there is talk of mass executions and cremations of the newly dead to solve the problem.

While Toltz’s satire can be quite funny and apropos (Ernie observes at Angus’s funeral that he never wore a suit in life: “It looks as if he’s going to heaven for a job interview), it is at these margins of Toltz’s narrative that we sense a virulent wit that verges on the extremes of Swift. Every belief system, whether it be monotheistic religion or the personal belief about the centrality of one’s own importance as reinforced by the social media universe, is open for critique. Gracie’s beliefs verge on New Age, with a belief in alternative medicine and the supernatural, Angus’s disbelief in an afterlife is overturned, Ernie is a Goth and an “amateur Satanist”, while on the other side of life there are conspiracy theorists who deny that there ever was a first life. Naturally, the narrative throws up a plethora of questions we all have and many none of us would ever have dreamed of asking about death and belief, and the characters speculate upon a whole range of theories about the wider purpose and eventual fate of their existence, including a quite novel theory that Angus offers Gracie based upon Charlie and the Chocolate Factory. Toltz’s mind is eclectic and far-ranging, and it shows in the multitude of thoughts he throws up like confetti, which other writers may have considered more comprehensively and to less effect.

The idea that our afterlife, if there is one, should be basically the same as our current life seems patently ridiculous. But therein lies the depressing evaluation Toltz is making. The banality of the afterlife, in which one still needs to run errands and “take food in [and] shit it out”, belies the depressing assessment that humans cannot change. If there were a second-chance afterlife, Toltz seems to surmise, we’d make it just as terrible as the world we currently inhabit, complete with wars and revolutions and the same awful repetitions of history. In short, existence (or perhaps humanity itself) is absurd, like Sisyphus rolling the boulder up the hill, as alluded to on a cover of Toltz’s second book. The sense that existence might be endless repetition does not speak to the hope that some religions place in reincarnation, but an absurdist universe, envisaged as Prometheus’s endlessly regenerating liver plucked out every day by an eagle, or Nietzsche’s eternal hourglass, “turned upside down again and again”. In short, Toltz posits existence in which hope may exist, but humanity is fundamentally flawed.

This may be too depressing for some readers, or it may appeal to the needs of confirmation bias in others. Considered beyond the limitations of emotional response, Toltz’s satire is quite brilliant and cohesive. Nevertheless, the story does not have the complex appeal of his first novel. This is a simple story. Angus is murdered and can do nothing other than cope as poorly in his life-after-death as he did in life, while watching his wife cope with his loss and a looming pandemic. This is fiction serving up our lives with a depressingly familiar garnish of human failure. It’s done well, but readers will have to decide if this is the kind of story they want to read right now. 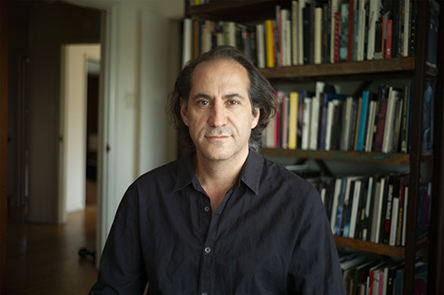 Steve Toltz
Steve Toltz was born in Sydney. His first novel, A Fraction of the Whole, was shortlisted for the Man Booker Prize and the Guardian First Book Award. His second novel, Quicksand, won the 2017 Russell Prize for Humour. 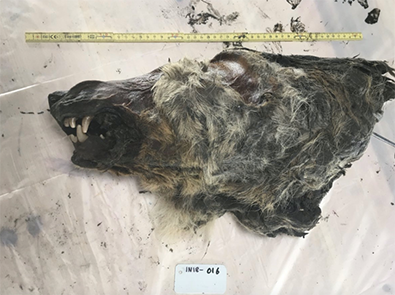 Siberian Wolf's Head
This well-preserved 32,000 year old wolf's head was found in permafrost in Siberia in 2018. Toltz uses this find as the fictional source of a new worldwide pandemic that follows Covid, even though the find predates Covid. There are a number of articles about this find. Click here to view one of them. 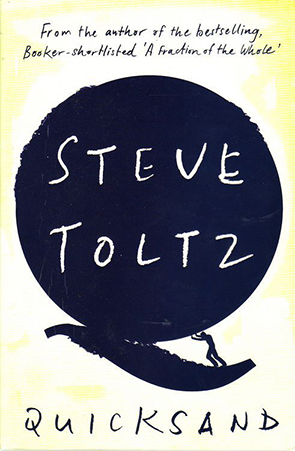 Quicksand by Steve Toltz
The cover of my edition of Toltz's Quicksand, his second novel, bears the image of Sisyphus from Greek myth pushing the boulder uphill. It is an apt metaphor for Toltz's absurdish vision of existence. The myth has long been associated with tis since Albert Camus used Sisyphus as a metaphor for absurd existence in his 1942 essay The Myth of Sisyphus.