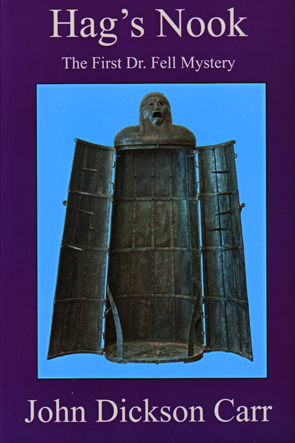 John Dickson Carr was a writer from the Golden Age of Detective Fiction who specialised in locked room mysteries. Hag's Nook is one of his early books. It introduced his main amateur detective, Dr Gideon Fell. As well as a mystery, this book is packed with everything needed for a good Gothic tale: a cursed family; a rat-infested ruin of a prison abandoned after a cholera outbreak; the death pit used by the prison to drop bodies into after hanging (originally used to hang witches); an iron maiden and the shackles built into the walls of the prison; several mysterious murders; and a love interest. Edgar Allen Poe, creator of the first locked room murder, The Murders in the Rue Morgue, couldn't have asked for a more macabre setting. This is the only one of Carr's books I've read, so I have no idea if it is typical of his writing. The second Dr Fell mystery is The Mad Hatter Mystery which sounds like it might be more of the same good stuff.

The background to the story is basically this: the Starberth family were once the Governors of Chatterham Prison, built on their land in Lincolnshire. The founder of the prison and original Governor, Anthony Starberth, was found dead from a broken neck in the Hag's Nook pit. His son, the second Governor, also died of a broken neck in his room at the prison. The room, known as the Governor's Room, looked out over Hag's Nook. The prison then closed due to a cholera outbreak, possibly caused by the unsanitary habit of leaving dead bodies in the Hag's Nook pit. Anthony left the family fortune entailed, with a bizarre requirement that the male heir must spend an hour in the Governor's Room on their 25th birthday, between 11pm and midnight, in order to inherit the estate. No one else is ever permitted in the Governor's Room, or allowed to know the secret task to be completed by the heir in the room.

The current heir, Martin Starberth, is now 25 and it is time for him to undertake the family ritual. He is terrified at the prospect, in part because his father died three years earlier of a broken neck after being thrown from his horse. His body was discovered next to Hag's Nook. Martin enters the Governor's Room alone, observed from a distance by Dr Fell and two companions. They can clearly see him enter and sit by the window, as the room is lit by his lamp. Suddenly, at ten to midnight, the light goes out. The observers rush to the ruins and find Martin's body next to the pit, dead from a broken neck. No one else had been seen through the window, and indeed, no one else had keys to get into the prison. The curse of the Starberth's has clearly struck again. Or has it?

Dr Fell believes that Martin was murdered and sets out to prove it. He does so by working out a fiendishly clever plot. I was completely misdirected, and had two (related) ideas of how the murder was accomplished. Neither was correct, but one of my ideas at least was partially correct. I'm not completely convinced that Carr played fair with us readers, as the vital clue Dr Fell based his deductions on was based on his (Fell's) knowledge of how one character would behave, and although the behaviour was described to us, we don't have the insight Fell has into what was wrong with this behaviour. So, I'm calling this unfair according to the conventions of this genre, but it was still a very clever mystery and one that actually seemed like a reasonable way to commit a murder (unlike, say, some of Ngaio Marsh's ingenious murder contraptions that always sounded implausible to me).

I was enjoying all the Gothic suspense/goodness in this book when the story took an unexpected turn in one chapter. This chapter was great fun and the character featured in it became my favourite. The Starberth's have a butler of stolid respectability, Budge. But Budge has a hidden side, revealed as he walks home in the moonlight after an evening with friends:

On such a night the soul of Mr Budge became the soul of D'Artagnan Robin Hood Fairbanks Budge, the warrior, the adventurer, the moustache-twister—even, in mad moments, Budge the great lover. His soul was a balloon, a captive balloon, but still a balloon. He liked these long walks, where the stars were not merry at the antics of the other Budge; where a man could take a savage pass at a hayrick with an imaginary sword and no housemaid the wiser.

Budge became my hero for his actions in this chapter but it would be a complete spoiler to describe what those actions were and why they became so important to the plot. Needless to say, Carr is able to leaven his Gothic atmosphere with some fun and adventure as well.

This was an entertaining mystery which I thoroughly enjoyed. Recommended for anyone who likes classic mysteries or a good tale of Gothic suspense. Carr's books are not easy to find any more, but seem to be worth seeking out. My copy was published by a small business that specialised in reprinting out of print and hard to find classic mysteries, but they have unfortunately gone out of business since I bought my copy. 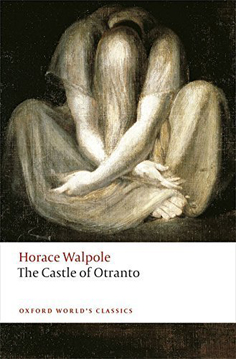 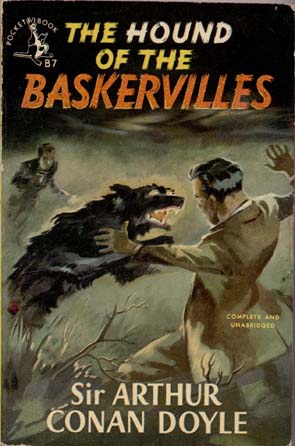 Hag's Nook is imbued with a Gothic tone, but not to the excesses of one of the earliest Gothic novels, Horace Walpole's The Castle of Otranto. Arthur Conan Doyle's The Hound of the Baskervilles also uses a family curse as the basis for the story. 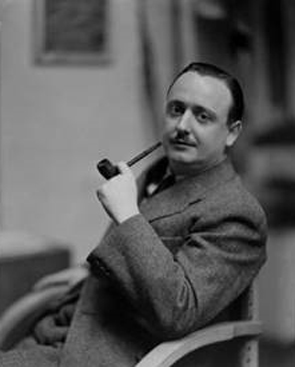