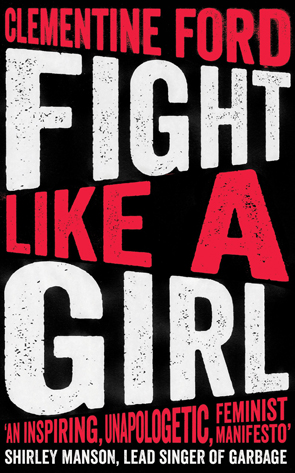 Why would I, as a modern woman, have any need of feminism? I can vote. I went to university. I have a career. I get paid the same as a male in the same position. What relevance could feminism have to my life?

Just before I started reading this book, I saw news stories about a group I’d never heard of before – incels. The first story was about a man who murdered 14 people and injured 14 more by deliberately driving into a group of pedestrians. His justification for this act of terror appears in part to wanting to be part of the start of the incel revolution. Incel is shorthand for involuntary celibate. An internet group of men who cannot get willing sexual partners and who instead of doing something constructive about this, join with others online to plot violence against women, including proposing State sanctioned rape. One post I saw on social media shared an incel post from one of their forums, describing the ‘fun’ that can be had by deliberately targeting a woman, to terrorise her by following behind her as she walks. Keep a discreet distance, don’t approach her, just let her be aware that she is your target.

At the same time there was another news story about protests in Spain, after 5 men were cleared of the gang rape of a teenage girl. According to reports, part of the outcry was due to the severe cross-examination of the victim at the trial, rather than the accused.

I just googled rape statistics for Australia. One report I found gave sexual assault figures for NSW in 2015:

In the US, women have only had the right to vote since 1920, when the 19th amendment to the constitution was passed. In 2016 a twitter hashtag started, calling for #repealthe19th. It started after some maps were published showing gender based voting trends after allegations of sexual harassment emerged in the presidential campaign. Although this was more of a trend on twitter than a widespread political campaign, it points to how quickly a call can come to silence women who dare to speak out against powerful men.

Fight Like a Girl starts with a discussion of why feminism is needed in the world. It’s sad that this needs to be stated, because a quick read of a newspaper on any day will give enough stories to explain why feminism is still needed. Just the few I have mentioned are enough for me. Ford however is able to articulate many more reasons than this.

Some of what was in this book was new to me, including much of the terminology. For example, I had never heard the phrase ‘symbolic annihilation’ previously. But as soon as I learned its meaning (the idea that women have been ritually erased from history, storytelling and the representation of the world through its pop culture), I remembered a question at Trivia the previous night – what was Valentina Tereshkova famous for 1963? I suggested astronaut, the first woman in space. Not because I actually knew her name, but because the year seemed right for space exploration. I was happy to accept a (male) teammate saying he knew the names of all early astronauts, and that they were all male. We went with defector, probably ballet dancer. But of course she was the first female cosmonaut in space. It was such a perfect example of the idea of symbolic annihilation, where someone who claimed to be interested in the early days of space exploration and to know all the names of those involved had never heard of this woman.

But as well as learning some new terminology, I picked up some very important things from this book. The main one for me is that it is okay to be angry. That’s the heading of the last chapter in this book, and for me it is the most powerful chapter. As Ford says, We should be angry. Because if we aren’t, we aren’t paying enough attention.

I am angry that the common approach to preventing rape is telling women (the potential victims) to modify their behaviour, rather than educate men to not rape. There’s currently a discussion on a running forum I belong to about whether women feel comfortable running only in a sports bra. Amongst the responses were a few that summed up the whole issue for me – that the wearing of a sports bra isn’t the real issue for us, because we already modify our behaviour to reduce harassment as much as we can, we run only in certain areas, we change the time of day we run, we cover up instead of wearing what is most comfortable, and we never forget that we are not safe. Today as I walked down a street with my children, we had abuse hurled at us from someone driving past. What he said wasn’t important. What was important was that he felt entitled to express his crude opinion of us. That so many men think it is acceptable to abuse, intimidate and scare women like this makes me angry.

Ford is extremely honest in the subjects she addresses in this book, sharing her history of eating disorders, mental health problems and abortion openly. These are subjects which are rarely discussed openly, so it was inspiring to read of Ford’s experiences. Some of her stories are uncomfortable to read, but she doesn’t shy away from telling us the full story. I identified with some parts more strongly than other parts, but as we aren’t all carbon copies of each other, that is to be expected.

I found a few parts of the book to be repetitive in places, but overall I think it is a valuable summary of many of the issues facing women in the world today, and an extremely readable one. Ford is unapologetic in confronting the many ways our society can be unfair for women, and I found this book to be inspiring, encouraging and empowering.

The copy of this book that I read was borrowed from my local library. I need to buy of copy of my own, in the hope that my three teenage children will read it, my son as well as my daughters. I think it is an important book for them to read, to help understand that despite the relative privilege they were born into, there is still a lot of structural oppression of women in our world, there is unfairness, violence and misogyny, and that we need to be angry and fight for a better world.

Be angry. Be rageful. Be loud. Be unrepentant. Be assertive. Be aggressive. Be the kind of she-beast that trains her fire-filled eyes on the male gaze and burns it down. Be everything that woman are always told not to be, and commit to giving zero fucks about who may or may not have a problem with that.

It is okay to be angry. It is fucking okay.