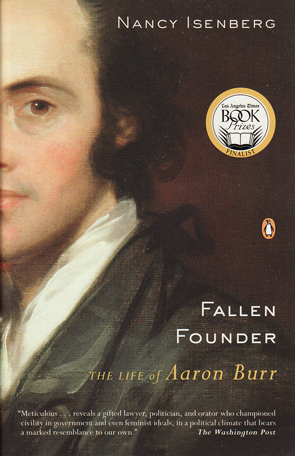 The Life of Aaron Burr

The term colourful personality is often used by journalists to describe prominent people they wish to imply are corrupt or criminal. Had he lived today it may well have been applied to America’s third vice-president, Aaron Burr. In writing his biography there are certain facts Nancy Isenberg cannot ignore. Burr’s life later became the inspiration for romantic writers and pornographers. As vice-president he shot and killed the nation’s first treasury secretary, Alexander Hamilton, in a duel, then went on the run. In the years that followed he was also put on trial by the Jefferson administration for treason, following his preparations in the west to invade Mexico with his own private army (which was accompanied by rumours that he intended to overthrow the government of the United States). If in the end Aaron Burr was deemed not to be criminal in any of these actions, as was the case, then he certainly was colourful.

But Nancy Isenberg wishes to paint a different portrait of Aaron Burr in her book Fallen Founder. The Aaron Burr that Isenberg offers was a brave soldier in the campaign against Quebec in 1775, initially under the command of Benedict Arnold (of all people) and subsequently under the command of General Montgomery: also a brilliant defence lawyer as well as an adept politician whose magnetic personality and intelligence was seen as a threat to his political opponents; a man who would not stoop to smear those who were willing to destroy his own reputation; a feminist who engaged in the philosophical works of Mary Wollstonecraft and Jeremy Bentham, and in turn advocated for a more enlightened voting system and society. Nancy Isenberg’s Aaron Burr suffers a long decline to infamy not because he is a bad man, but because he is a good man ahead of his time, misunderstood by his political opponents, easily villainised in the press, and whose own ingenuous nature made him an easier target for the likes of the villainous Jefferson and Hamilton, whose own personal lives were no less profligate than allegations made against Aaron Burr’s.

The real Aaron Burr, now lost to us, is likely to be someone between these extremes of representation. Nancy Isenberg’s portrayal at times verges on a hagiography as she attempts to provide a counterbalance to the abuse done to Burr by history. For my own part, I came to this book after reading Ron Chernow’s Hamilton last year, the inspiration for the musical by Lin Manuel-Miranda, which is what initially made me interested in the subject. Isenberg mentions Chernow’s biography in her epilogue, questioning Chernow’s essential judgment about Burr in the duel with Hamilton: that he was an assassin who shot to kill. The duel came to define much about Burr’s life in popular memory. After the duel Burr’s career never recovered, although Isenberg makes a convincing argument that it was essentially finished in 1801 after he achieved the vice-presidency after a long and contentious election, when he received the same number of electoral votes as Jefferson. The argument that Hamilton intended not to aim at Burr in order to settle the matter amicably is accepted in Manuel-Miranda’s musical, taking its cue from Chernow. However, Isenberg argues that while Hamilton may have said and written of this intention, she argues there is evidence to show Hamilton intended to kill Burr. She focusses upon the report that Hamilton adjusted his glasses and levelled his gun from various positions. For such an important moment, it seems a flimsy piece of evidence to support her theory. Chernow also addresses this detail. What Isenberg leaves out is that Hamilton was positioned on the duelling field with the morning sun in his eyes with the light bouncing off the river. As Chernow argues, he may have wanted to assure that he didn’t hit Burr. Added to that, Chernow outlines a long series of events that suggest Burr long intended to make a challenge and that he merely used remarks published in a letter by Dr. Charles Cooper to precipitate the duel; even more telling, Burr had been practising his marksmanship for months.

This is a criticism of specific parts of Isenberg’s account that I think needs highlighting. I have read little on this subject, but of the little I have read it seems clear to me that there are at least two instances I can identify where Isenberg has been selective in her portrayal so as to paint the best portrait of Burr she can. A second instance was in the matter of the Manhattan Company. The stated aim of the Manhattan Company had been to provide fresh water to New York in the hope that this would alleviate Yellow Fever outbreaks that were devastating the city. Burr sought Hamilton’s support to help win over the council. Isenberg outlines how Burr was instrumental not only in gaining support for the Manhattan Company in this endeavour, but how he also changed the makeup of the Council’s board to make it more amenable to political adversaries, while at the same time reducing the city’s shares in its stocks at the last minute to remove its authority over the Company.

Isenberg freely admits that Burr used the Manhattan Company to covertly introduce a new bank. He did this by inserting a clause into the Company’s charter that allowed the company to use surplus capital for other unnamed enterprises. The importance of this is that it allowed Burr to establish a bank that could service society’s less wealthy and give the Republicans a bank unfettered by Federalist control. Isenberg acknowledges that this was a trick, but it seems it is one she admires, since the bank gave the Republicans greater political and financial clout. The reaction against the trick is characterised as the naysaying of a political class whose privileged position had become threatened. Which is about as far as Isenberg’s account of the bank goes. What is striking is that she does not consider the original stated purpose of the company – to provide fresh water to the city – or that Burr had used Hamilton in order to effect his plan. She does not consider how this might have given justification for Hamilton’s criticisms of Burr, the most famous being that he had no true convictions. Throughout Isenberg’s account Hamilton is always the villain. Even in the matter of Hamilton’s greatest gift, his writing, she states he lost control of his words all too often. But of Burr’s deceit she is silent. The outcome of the Manhattan Company, not stated by Isenberg in her account, was that it took the place of other projects that might have delivered fresh water, but once the Company began trading as a bank – its surplus capital was raided to capitalise the bank – the idea of supplying fresh water was dropped. Impure water was pumped from old wells instead and that summer many more people died of yellow fever in New York.

But Hamilton’s real reason for wanting to destroy Burr’s career, at least in the early 1790s, was political: Burr’s growing support in New York, Hamilton’s lieutenants, such as Nathaniel Hazard and Robert Troup, had been watching Burr, and observing his increasing popularity. Burr had acquired a political base. He had been assembling a team of influential men, such as Melancton Smith, who could help him organise his own popular party. And despite what Hamilton claimed, the men around Burr were attracted to his principles: his belief in promoting commercial opportunities for the middling sort, his advocacy for liberal legal reform, fair elections, and freedom of speech…
- Nancy Isenberg Fallen Founder, pages 119 - 120

As a result, Isenberg’s portrait sometimes seems more a partisan account which exonerates Burr on almost every matter upon which history finds reason to criticise him. Hamilton was a lascivious rake (he had an affair with Maria Reynolds) who viciously destroyed Burr due to Burr’s brilliance. Jefferson was an unbalanced president who bore a grudge against Burr over the 1800 election, which manifested in his attempts to persecute Burr for treason. To be fair, much of what Isenberg says concerning Burr, even when it seems surprising, has the air of truth about it. Burr was acquitted of treason in various hearings and trials over the matter of his intention to lead a filibuster (an unauthorised personal army into foreign territory) to gain land in Mexico. It seems clear that Burr saw the potential to regain his reputation and status through this action which would be beneficial to the United States. It also seems clear that much of what was reported in the press about Burr was malicious and was often so salacious that it was reprinted often enough that it seemed factual. It is also believable – although at first instance as I read it did not – that Burr had feminist leanings. His education of his daughter, Theodosia, his reading and recommendation of feminist tracts and his support of equality suggest an early male feminist whose reputation as a rake is therefore somewhat ironic, although Burr’s journal, in which he kept records of sexual encounters, also suggests the complexity of the man. Isenberg, ever desiring to defend Burr, suggests he wrote as to monitor himself, putting pen to paper to curb his excesses. Isenberg never entertains the thought that Burr might have recorded the encounters as trophies.

While Isenberg’s portrait of Burr may appear somewhat biased at times, her book is valuable in that it does offer different interpretations of key events in early American political history, as well as a fuller idea of the complexities of Burr who has been trivialised and demonised from histories, to novels and plays. This includes portrayals of Burr as Satan, himself, as well as a lascivious corrupter of young boys. This last grew from Burr’s sexual reputation, coupled with the fact that many of his political supporters at the height of Burr’s political career were younger men. What Isenberg’s book does is provide a portrait of a more complex, intelligent and influential man that has been largely lost to history. And while one might quibble at some of the details and see some of the limitations in Isenberg’s interpretation, one can still see the germ of truth in the account at those moments, as well. Burr might have acted deceitfully, even despicably, for instance, in the matter of the Manhattan Company, but he also acted effectively in a way that advanced his party’s interests. He may have a reputation as a womaniser, particularly after his wife died, but he also cared about women’s intellects and their rights. He may have shot Hamilton, but he did not engage in the smearing of political reputations in the manner done to him. While killing Hamilton killed his own career, it was an act based on the understanding of honour from a masculine culture of a previous military age. And if nothing else, Burr was acknowledged not only as a brilliant lawyer, but a brave and effective soldier.

Isenberg’s account is well written and well documented, if somewhat selective. Its chapters are split into subchapters which makes for quick, easy reading. The book has extensive detailed notes at the end for those wishing to delve deeper into Isenberg’s account. While this book is not perfect, I would suggest it as essential reading for anyone interested in a different perspective of Burr and his times. 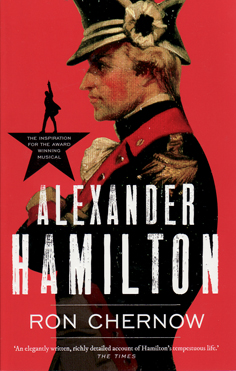 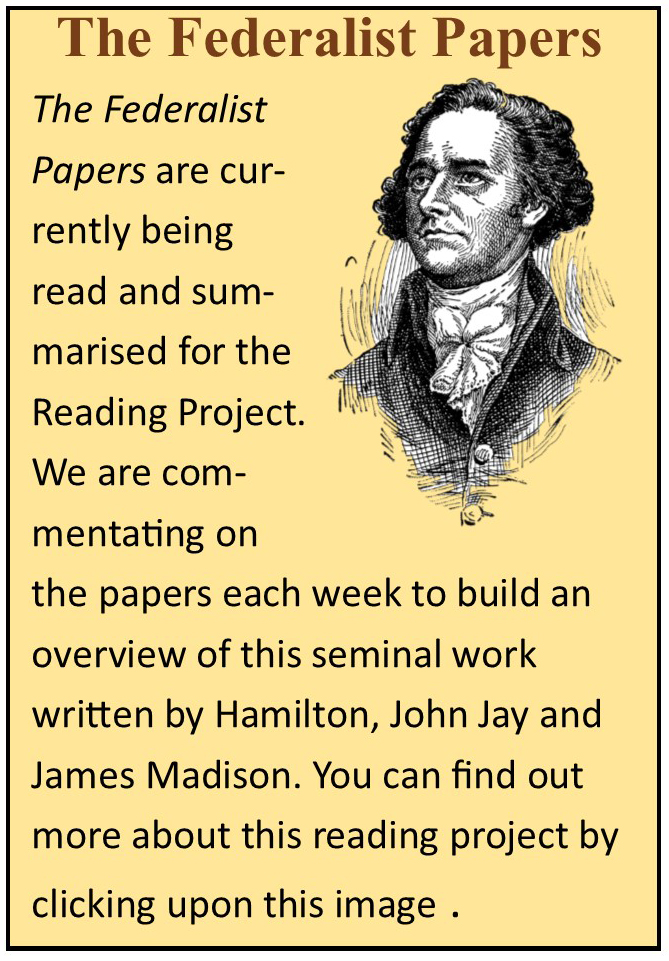 The Federalist Paper, co-written by Hamilton with James Madison and John Jay, was a defence of the new American Constitution. Nancy Isenburg defends Burr's status as a Founding Father of the republic, but his remaining papers offer little in political thought, but he did keep an interesting journal of his sexual exploits. It is claimed that Burr's papers were mostly lost in the sea disaster that killed his daughter, Theodosia.