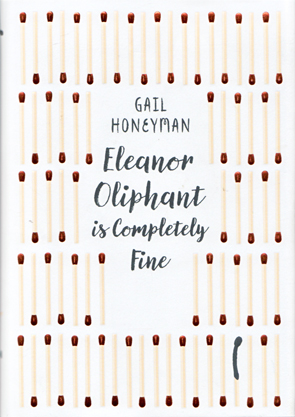 Gail Honeyman’s novel was voted in a recent popular poll run by the Dymocks book chain in Australia as the number one book of the annual top 101 books. The list tends to include classics as well as current titles. With my curiosity piqued, I purchased the book in January. Having now read it, the natural question to ask is whether it would rate as one of my top books? The answer is no. Not number one. Not even in my top 101. Does this make it a bad book? No, it just makes it an ordinary book. The writing is highly competent, its story is predictable, its insights are pedestrian.

Eleanor Oliphant lives alone. In fact, she is something of a recluse. She does cryptic crosswords and is obviously intelligent. She has a degree in ancient history and speaks Latin. But her qualifications are of little worth to her. She is a thirty-year-old office worker. She works for a graphic design company in accounts receivable, drinks too much vodka and speaks to her mother once a week on the telephone. It appears her mother is in prison for a crime against her family when Eleanor was young. Eleanor has lived a traumatic life, but she copes. She’s fine, just fine. It’s a word repeated throughout the novel.

Of course, Eleanor isn’t fine. It’s clear that she finds her loneliness oppressive, so when she sees Johnny Lamond, a front-man for a local musical group perform on stage, she is besotted. She is determined that Lamond is going to be her future partner – not just a boyfriend but her husband – and from that one moment begins her ‘project’, to make herself presentable and to place herself in Lamond’s way.

But life has a way of changing things. Without meaning to, Eleanor forms a friendship with Raymond, a computer specialist from her work, after they both attend to an old man, Sammy Hill, collapsed on the street. Through hospital visits and then visits to see Sammy with his family, Eleanor and Raymond form a close friendship.

I think the appeal of this book is that it speaks very effectively to the sense of isolation and insecurity we all feel from time to time. Eleanor bears not only the emotional scars from her youth, but physical scars, too. One half of her face is burned from the fire of Eleanor’s mysterious past. When she forms a friendship with Raymond, we understand that she has had little contact with anyone on a personal level since her youth, excepting one abusive relationship with Declan. Eleanor is a relatable character who deserves sympathy but does not seek it. She knows that despite all that has happened to her she is also lucky. She was raised in foster homes, was fed and clothed, was never abused by her carers and was given an education. Her life is small, but she appreciates the gains she has made. Yet the sense that her project is futile, that despite everything that has happened to her she remains naïve and idealistic, makes her a highly sympathetic character.

However, the novel is fairly predictable. It has a familiarity about it that is hard to place, like the proverbial word on the tip of your tongue. It seems like other books and films I have read, so commonplace yet so forgettable. One example, memorable enough evidently, came to mind, of John Marsden, an Australian Young Adult writer, best known for his Tomorrow series, who made his name by first writing about young girls who carry emotional, even physical scars. We read their stories to get at the heart of their mystery; to find out what has happened to them. In the case of Marsden’s So Much to Tell You, the story of Marina, written as a diary, we have another character scarred by an early event who will not speak. In Marina’s case, she also bears a facial scar from her trauma. I wonder whether we would be as interested if we knew what the trauma was to begin with. Would reading a story about how things just get better and better for the protagonist be as captivating? It’s necessary for this kind of story to lead the reader on with that mystery, since there has to be a sense of approaching climax, which lies in revelation rather than action.

On this point, this kind of story bears common aspects with Aristotle’s conception of Tragedy. The drama in Sophocles’ Oedipus the King lies not in what has happened, but the slow and inevitable revelation that brings about catharsis. Oedipus’s blinding is an ironic counterpoint to his finally seeing things as they are. Eleanor’s revelation is achieved through her counsellor, Maria, although her insights feel more like payments to the reader for sticking around, rather than anything truly revelatory.

There is a scene separate to the Eleanor’s sessions with Maria that attempts to characterise some aspects of Eleanor’s insights. Eleanor is on a bus and plays a ‘game’ most of us probably play on public transport of bus seat selection:

One had ten seconds to scan the occupants and select the slimmest, sanest, cleanest-looking person to sit next to. Choose wrongly, and the fifteen-minute journey into town would be a much less pleasant experience – either squashed beside a sprawling fatty, or mouth-breathing to minimize the penetration of the reek emanating from an unwashed body.

The game backfires on Eleanor when an attractive man avoids sitting next to her: …did I look like the kind of person who ought to be avoided in a game of bus seat selection? Eleanor wonders. I could only conclude, in the face of the evidence, that I did.

This immediately leads to Eleanor’s insight: I said to myself, sometimes you’re too quick to judge people. She continues, …you can’t sum someone up in a ten-second glance. And then, The way you try not to sit next to fat people, for example. There’s nothing wrong with being overweight, is there? They could be eating because they’re sad, the same way you used to drink vodka. They could have had parents who never taught them how to cook and eat healthily…

I found this pretty terrible. Eleanor’s insights into the humanity of others is worthy, signalling her change of heart with the shift from the pejorative fat to the more clinical overweight, followed by a litany of handwringing over her own insensitivity. But the whole scene is clumsy for two reasons. First, it tries to explain what is already obvious from Eleanor’s own experiences throughout the novel as a woman with a burned face. Second, the scene isn’t relevant to the point. Eleanor’s insights are applicable to people we interact in life and as a general principle, but in her bus scenario her prejudices may be deemed to merely be practical considerations. Like the two hours I spent watching In the Heights a few nights ago with my back twisted and my body leaned over by an rather large man sitting next to me in the all-too-close-seats of a school theatre, I believe there is some justification for wanting to avoid a ‘fat’ or otherwise ‘overweight’ person. I ached while watching the show. Then there was the time my eyes watered on a bus when a homeless person sat next to me. The fact that I could sympathise with his plight did not make him smell any less, nor did my back ache any less as I watched the show.

This might seem like I have gone a little off track, but that’s how the scene felt to me. Yet it was clearly meant to be a major insight. It wasn’t. The same kind of clumsy insights are offered at the end of the novel as Eleanor starts to deal with her issues more effectively. There is little subtlety in Honeyman’s treatment of her character’s insights at these moments.

In the end, however, my criticisms might be irrelevant. In reading this book we want to read about a character who is in some way like us. Who is isolated and hurt like us, or how we sometimes perceive ourselves to be. We know what is good and bad for Eleanor as we read, who is good and bad for Eleanor as she progresses, and we want to be assured that Eleanor will overcome her obstacles in the end, because, after all, she is doing it for us vicariously. This is not an original work, it is not particularly insightful, but it is well written, familiar and unchallenging.

Dymocks, an Australian book chain, runs an annual poll for readers to select their favourite books. Gail Honeyman's Eleanor Oliphant is Completely Fine was voted into the top position this year. I wrote about this in our March blog which can be viewed here. That blog entry also contains a list of books we have reviewed from the Dymocks Top 101, with links to those reviews. Click on the image above to view this year's entire list on the Dymocks website. 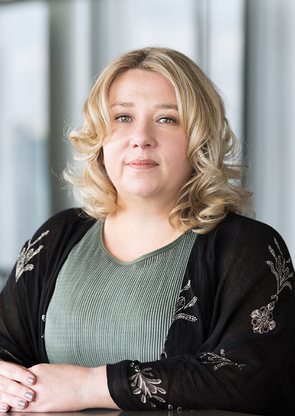