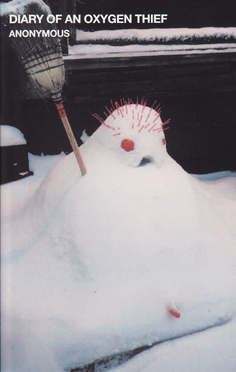 I didn’t really have any expectations for this book whatsoever. I think I heard someone mention it once a while ago, but apart from that, I had no idea what it was about or anything else about it. In fact the main reason I picked it up in the first place was because I loved how minimalistic it looked. I’m not sure why; and I know they say not to judge a book by its cover; but there’s something about it I just love.

Moving onto the actual book, the story is a very interesting retelling of a character’s (whether it’s fictional or non-fiction is up to speculation, and part of the interest of the story) struggle with life, and particularly his relationships with particular women. It follows his journey, beginning as a ruthless misogynistic man who takes pleasure in causing psychological damage, until, as he describes early on in the book, receiving the same treatment later on as he finds himself falling for a woman. In this way, it’s a very simple book. However with the constant sense of almost certain unreliable narration, a thread of paranoia weaved throughout every page, and rapid jumping forward and backward in time, it becomes much more interesting than just a simple story of a man’s rise and fall. Because, technically, that’s most of what the story is, until you take into account that it is more of a character study. And by the end of the book, you get the sense that you know the narrator extremely well. Not only with what he has said, but the evident mannerisms that have shown in his writing, even without knowing what his name is.

The only main criticism for the story I have is that sometimes it can seem rather self-indulgent. However, since I consider this to be more of a character study of the author rather than just a story told by him, it’s hard to regard this as a negative aspect of the story. Especially when this is a story of a manipulative misogynist. It’s all a part of the character and not an actual criticism of the book.

Overall, Diary of an Oxygen Thief is a really interesting autobiographical story which can at times be either very funny, or extremely shocking. However, it is mostly a just a fascinating look at a character who, real or fictional, is a compelling person to learn about through what he says, and how he tells his story through his shaky narration.