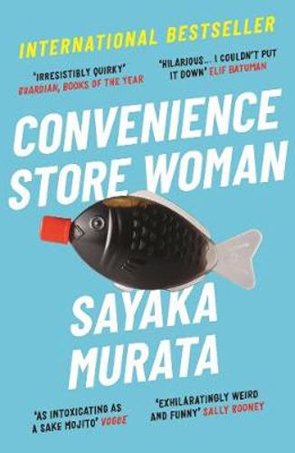 “And so I realised. This society hasn't changed one bit. People who don’t fit into the village are expelled: men who don’t hunt, women who don’t give birth to children. For all we talk about modern society and individualism, anyone who doesn’t try to fit in can expect to be meddled with, coerced, and ultimately banished from the village.”

What is normal? This is something which has bothered Keiko Furukura, the main character of Convenience Store Woman all her life. She knows that she was born into a normal family and brought up in a normal suburban area, so it has always been a mystery why she cannot just be normal. Early in the book she remembers incidents from her childhood: she suggested her mother cook a dead budgie for dinner; she hit a classmate over the head with a spade to stop a fight. Each time something like this happened, she thought she was doing something useful and had no idea why everyone else seemed so upset with her. Eventually she realised her lack of understanding made her parents sad and so she retreated, she stopped trying to contribute, and resolved to either just mimic everyone else’s behaviour or simply follow instructions without question. At first this worked, especially Keiko’s habit of not speaking a word more than absolutely necessary. But eventually being quiet and having no friends also became a problem and worried her family more.

Keiko’s family unsuccessfully tried therapy, then having no other idea how to ‘cure’ her, just showered her with loving attention. At least she had her younger sister who adored her. Eventually Keiko graduated high school and started university. One day on her way home, she saw a new convenience store being built and applied for a part time job. On her first day of training, Keiko found she picked up the procedures quickly. She was good at mimicking the behaviour shown in the training videos and for the first time in her life she fitted in perfectly. As she thinks back, she realises “it was the first time anyone had ever taught me how to accomplish a normal facial expression and manner of speech.” She had a detailed manual that told her exactly how to behave in the store. Outside the convenience store though, she still had no idea, “how to be a normal person outside that manual.”

By the time this book opens, Keiko has worked in the same convenience store for 18 years, longer than anyone else. Many university students work in convenience stores, then leave for a career once they graduate. Keiko has stayed in this dead-end job, and is on her eighth manager. She has learned how to fit in better outside the store, by copying another woman who now works with her. She peeks at the clothing labels and makeup brands this woman uses, and buys similar products from the same stores, being careful to not copy exactly. She also has a few friends, women she has reconnected with from school after meeting at an alumni reunion. She attends social gatherings with these friends, such as the frequent barbeques one woman, Miho, throws with her husband. She really thinks these gatherings are a bother, but they give her the opportunity to mingle with “normal” women her own age. Less frequently she visits her sister but doesn’t understand why her sister, now married and with a young child, is upset that she visits these friends more often than her. For Keiko it is simple: her sister lives farther out and she can’t see any difference between her nephew and Miho’s child to justify the longer travel time to her sister’s place. At least she has learned something since her childhood and doesn’t act on her impulse when she can’t stop her nephew’s crying: she contemplates a small knife and thinks how easy it would be to make him stay quiet!

Keiko reminded me very much of the character Dexter, the sociopathic serial killer from the TV series. Dexter has been taught how to mimic other people’s behaviours and pretends to show human emotions. Like Dexter, Keiko carefully mimics other people’s behaviours to appear normal to those around her, even if she has no understanding of emotions and keeps her distance from everyone. And just like Dexter, eventually things become more difficult for Keiko as her friends try to understand why she has never tried to get another job and why she is completely indifferent to the idea of sex.

There’s a general feeling at one barbeque that she must be getting desperate for a man. Miho’s husband tells her to just find a man, any man. After all, it’s easy to do that if you are woman he says. It doesn’t matter who it is. For a man that would be disastrous, but for her, getting any man would be better than nothing. There’s a general banding together to create an online dating profile for Keiko, even though none of the men are willing to introduce her to any of their own colleagues or friends. The only other single woman at the party, Miki, tries to tell everyone that she is desperate too, but is brushed aside by one of the men, who tells her, “you've got a high-flying job, Miki … You earn more than most men, which I guess makes it pretty hard to find a good match.” Keiko has never felt any interest in men or sex or dating and is content with her life as a convenience store worker. Miki, on the other hand, whispered to Keiko as they arrived that they are “the only ones here who can't hold our heads up high”; the only unmarried women at the party.

It is at this party that Keiko finally understands why her family have been so desperate for her to be “cured”. Without a proper job or a husband, she is lacking what society requires and she will eventually be disposed of.

This book highlights assumptions about women’s roles in society, that the only way to achieve social success is via a stable job, marriage and children. It centres on the pressures people in this society feel to conform, which, for Keiko, translates to finding a man since she has failed at work with her low status job. This is despite her incredible competence at her work where she now instinctively knows what needs to be done for the store to continue to operate smoothly. Misfits are not allowed in this world. They must be pressured back into conformity. Keiko experienced this as a child when her violent tendencies shocked and alarmed everyone, and alienated her from everyone at her school. She has never known how to act with other people and finds comfort in the strict policies and procedures of the convenience store. This works for her until she realises at the party that as she is growing older, and she will eventually no longer be healthy enough to work in the store.

On her way home from this party where she first came to understand that she needed to be “cured”, she encounters Shiraha. Shiraha had worked briefly at the convenience store, but was quickly fired for incompetence. He is also a creep who harassed female customers and staff and who copied down the addresses of female customers to stalk them. But I got the feeling this would have been tolerated more if he hadn’t been so lazy at his work. Keiko feels pity for him, despite seeing that his behaviour and attitude are repulsive, and takes him to a restaurant, tolerating his misogynistic rants on how society has not changed since the Stone Age. Keiko sees some truth in his rants, fitting as they do with what everyone had been telling her at the party, and proposes a direct solution, similar in its simplicity to the simple solutions she offered as a child: he should move in with her.

Bizarrely, this seems to work at first. Even though Shiraha is patently an appalling partner, Keiko’s sister, colleagues and friends are happy to see her with a man, even a man who dropped out of university and trade school, is unable to find work, has fled from several share-households leaving unpaid rent and is now living off her, is insulting about her age, looks and job prospects and who appears to be unfaithful to her. Shiraha continues to insult Keiko regularly, but is willing to be supported by her while he stays in her apartment all day playing his music. For her part, Keiko treats Shiraha more like a dog than a human. She talks about how her life changed after she adopted him, and how this is the first time she has kept an animal. There is a great contrast to the indifference she feels about him as a partner, and how she feels about her convenience store which she sometimes speaks of as if it were a lover: she describes the sounds of the store as caresses to her eardrums; thoughts of the store envelop her at night and provide comfort.

The extracts from reviews on the cover of this book describe it as “hilarious”, “exhilaratingly weird and funny”, and “absurd, comical, cute”. While it does have some very funny scenes and a fair bit of deadpan humour, I think these give a false impression of what the book is actually like. I did laugh at a few scenes, and entertained my son by reading him a few extracts. Overall, however, I found this to be an incredibly sad book. Keiko is happy with her life in the convenience store until she realises that everyone else in her life regards her as a failure. She feels the pressure to conform to their expectations and makes herself miserable by doing so. Keiko’s story is well written, and she is one of the most original characters I’ve come across in some time. The book is a quick and easy read, more of a novella than full length novel, and I’d recommend it. Just don’t read it expecting a laugh-a-minute comedy. 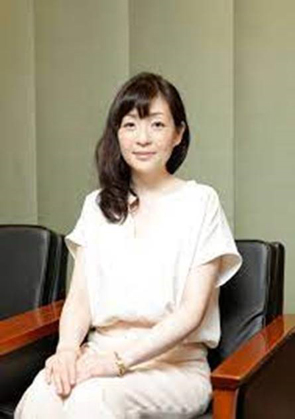 Sayaka Murata
Sayaka Murata worked in a convenience store, herself, and used her experiences from that to help her write Convenience Store Woman. The novel won the Akutagawa Prize, a Japanese prize for fiction, in 2016. 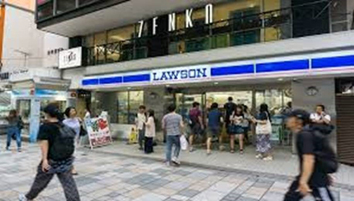 Convenience stores are an important part of Japanese life, selling food, including meals and hot food, hot and cold drinks, body care products, cosmetics, household items, newspapers and magazines, and transport and event tickets. They provide services such as bill payment, printing, ATMs and toilets. There is said to be over 50,000 of Convenience Stores across Japan, most open 24 hours a day, 7 days a week. 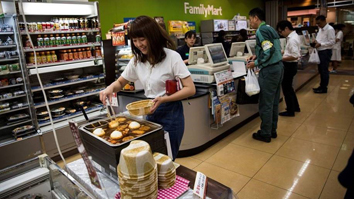