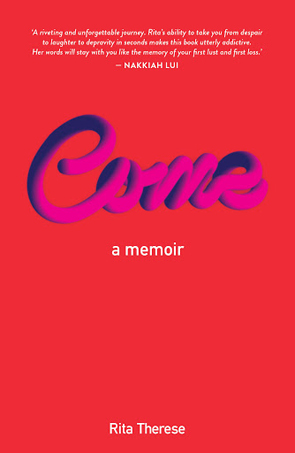 I am still processing how I feel about this book. The description for this book on Audible starts with Bold, brave and darkly funny. While the bold and brave would be true, darkly funny is completely inaccurate, and I am still reeling from the impact of this full-on story of the life of a sex worker. It is a story that has stayed with me days after finishing it.

Rita Therese does not seem to have left much out of this memoir, and it reads as an extremely honest account of her life. Sex is generally seen as a taboo subject in society, and most people don't share any information about their sex lives publicly. But Therese is a sex worker, so many of her sexual encounters are part of her job. This memoir covers both her job and her personal life, and how the two sides of her life have become blended. Apart from the sex work, ranging from topless waitressing, filming porn, through to escort and brothel work, the book covers drug and alcohol abuse, abusive personal relationships and her reaction to the suicides of two family members. So really, there's not much scope for the promised darkly funny. There are a few funny stories, but these get lost amidst some of the more brutal aspects of Therese’s story.

To be clear, the overwhelming pain and heartbreak in the book is due to personal issues in Therese’s life, and generally not about her feelings concerning her work. Therese is not only open about her work; she makes it clear that she enjoys many aspects of it and feels no guilt or stigma over what she does. While some of the individual encounters are bad for reasons Therese openly discusses, there are clearly many good experiences in her working life as well. This might be a confronting aspect of the book for some readers, if they come to it thinking it will follow an arc that goes something like ‘I was once a sex worker but I have overcome all of my problems and now I am socially acceptable.’ That’s not how this book goes.

A problem I did have with the book was that it is uneven with its shifts between the present and the past. At times Therese's stories flow into each other, with flashbacks that logically relate her current situation to earlier experiences. But at other times the book seems extremely disjointed. There are that stories move between different periods of her life that lack the temporal clues which would allow a reader to effectively follow her narrative. In short, I sometimes found it hard to follow and had no sense of what was happening. I listened to this on audiobook, so perhaps the print version has some visual indicators that would help. However, I doubt the text itself would be of any more help in the printed version since my experience with audiobooks is that the narrator reads out chapter headings and other such information.

Despite any impression I may have given to the contrary, I did enjoy this book. It provides an insight into a world I know very little about. Therese comes across as sympathetic and I was left wanting to know more of her story and hoping that she will eventually come to terms with her brothers’ suicides and be able to accept that she is worthy of a stable, healthy relationship. Therese gives the impression that she is a strong and smart woman who can survive anything that life throws at her. 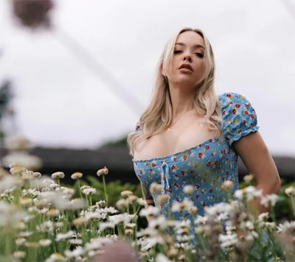 Rita Therese
Looking back at it, I don’t know how I made it to half of those jobs. Zoe would laugh at me and say, ‘I love you because I could send you to Timbuktu and you’d find a way to get there.’ I would sit up the night before, entering all the addresses of the apartments, houses and venues I needed to go to and find the bus or train that would take me there. Sometimes I hitched rides from other girls, but mostly I wandered strange suburban streets, drunk, looking at Google Maps on my iPhone. One night I finished up a job in Rosebud at 3 a.m. I took a cab to Frankston station and fell asleep on the platform, woken up by my alarm at 4:45 a.m. to catch the first train of the day. I couldn’t bear to part with my money over something as frivolous as a driver or a taxi.