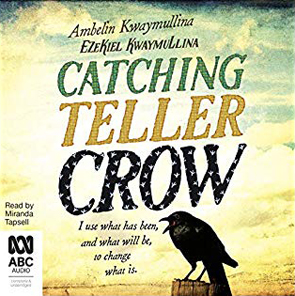 This is an incredible book. I downloaded it from the library knowing nothing about it and having no expectations, and was completely blown away by the storytelling. It’s a story about grief and violence and family and love and connections. It’s also about dark secrets that can be hidden for decades in small towns. But mostly it is about storytelling and the power of storytelling to heal.

The story is told by two characters, Beth Teller and Isobel Catching, both young Aboriginal girls, each around fifteen years old. Beth’s father is a police detective, sent to a small town to investigate a fire which destroyed a children’s home. An unidentified corpse was found in the ruins and the director and nurse of the home are missing.

Beth provides the structure and details for this story. Her narrative sections provide us with the details of who her and her father are, why she, a ghost, is staying with him and the details of the crime her father has come to this town to investigate.

Catching’s story serves a different purpose and is what makes the book compelling listening. Beth’s father thinks she might be able to provide evidence for the case, but Catching says they need to go back much earlier. She tells her story in verse, a seeming fantasy that has nothing to do with the fire or the current reality. Her tale tells of monsters and of being taken to another world away from our own. Without this part of the story, the book would be much more simplistic and would lack the power that it has.

Beth’s father understands there is something hidden beneath Catching’s words, and gradually understands what she is telling him, even if Beth, our narrator, is slow to catch on.

Beth seems very young at times, younger in her understanding of what is happening than her fifteen years might suggest, but this possibly just reflects her sheltered and protected upbringing. Catching is about the same age, but has a darker understanding of the world. To some extent she also shields Beth, with her story of supernatural happenings.

The book was very quick to listen to (and at around 200 pages, would be a quick read), but the content is not light or easy, as it deals with the organised and long-term abduction, rape and murder of Aboriginal girls, and the corruption and inherent racism in small towns which allow this to be covered up for around twenty years.

Catching links her own story back to stories told to her by her mother of their family history, and of ancestors taken as part of the Stolen Generation. Catching draws strength to survive by remembering what grandmother went through, with abuses hinted at beyond the basic abuse of being taken from her mother.

Beth takes the story Catching tells as literal truth and tries to understand how it could have happened, occasionally doubting the truth of the story. Beth’s father, however, understands that it is an allegorical account and is able to interpret what she is saying to realise the horror of what has been happening in this town. His knowledge of policing in a small country town, from a father who abused his position to favour the privileged, gives him an insight and a desire to do better.

Both Beth and Catching tell of the kinship systems in Aboriginal families in their different ways, and of the different ways this affects their lives. Beth’s is a mostly positive tale, talking of the role her mother’s family has played in her life, and the importance she places on her father’s continuing participation in family gatherings. In his grief at her death, he has shut himself off from the support of the family, and one of Beth’s aims in staying with him is to help him back to the family. Catching has an alternative story, telling of the disruption caused to those kinship systems by government policies that led to the Stolen Generation. But she also has a positive story, showing the bond she forms with Crow, and how connections can extend beyond human relationships. 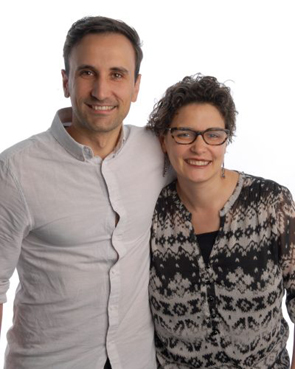