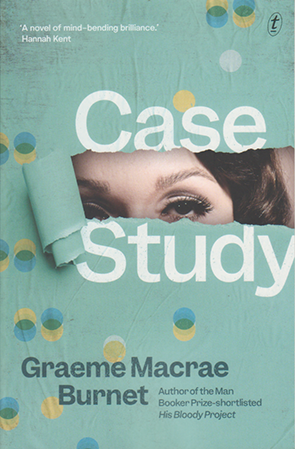 Graeme Macrae Burnet’s fourth novel continues the literary games established in his first three. GMB is the editor of a series of notebooks that come into his possession, and the author of a series of chapters that stand alongside those notes which flesh out the story of Collins Braithwaite, a 1960s psychologist, and his patient ‘Rebecca Smyth’. GMB is contacted by a Mr Martin Grey, suggesting he might be interested in Rebecca’s notebooks, given that they contain allegations against Braithwaite. Grey claims the provenance of the notebooks rest with his cousin. GMB becomes curious, as he has recently discovered a copy of Braithwaite’s book, Untherapy in “the notoriously chaotic Voltaire & Rousseau bookshop in Glasgow.” It was at this point in my reading, only halfway down the first page, that my interest was piqued and I turned to Google. Here are two images of that “notoriously chaotic” bookshop:

It’s immediately obvious that no accurate inventory could ever be made of a shop like this, and so it is ripe for the kind of pretence Burnet practises upon his reader, that what is offered is another found text, and all of it based on real if forgotten history: the notebooks from an obscure cousin, and Braithwaite’s reputation unearthed from the depths of some mouldering book pile in Voltaire and Rousseau’s. GMB is initially sceptical of the notebooks, but his scepticism is put aside upon reading them: “The material was haphazardly arranged,” he states, “but that only added, I thought, to the authenticity of what she had to say.” Other details, such as minor errors, convince GMB of the notebooks’ veracity. But true to Burnet’s style, GMB refuses to say categorically that the notebooks are true.

‘Rebecca Smyth’ is the un nom d’emprunt of the notebooks’ unnamed author. Her sister, Veronica, has committed suicide after attending sessions with Dr Braithwaite. At least, that is the connection ‘Rebecca’ makes after reading Braithwaite’s book, Untherapy, a series of psychological case studies of anonymous patients. ‘Rebecca’ makes the connection between her sister’s circumstances and the details of Braithwaite’s patient, ‘Dorothy’. She decides to get closer to Braithwaite to find out more. However, while her method is clear, her intentions never are. She adopts her name and books a consultation with Braithwaite, attempting to feign mental illnesses of which she has no certain understanding. Braithwaite understands the ‘Rebecca’ offered to him is a pretence, but not the true nature of that pretence. They continue their sessions, settling into a routine in which Braithwaite attempts to help ‘Rebecca’ tease out her issues.

Ironically, it is apparent that ‘Rebecca’ becomes more than a false identity. ‘Rebecca’ becomes a more confident and worldly alter-ego: who can flirt with men and smoke, rather than be shocked at the lewdness of D.H. Lawrence. She draws upon Rebecca to help her establish a relationship with Tom, a photographer, all the while knowing that ‘Rebecca’s’ worldliness outstrips her own conservative resolve.

The issue of identity is the fulcrum upon which the novel pivots. The notion that none of us have a single stable identity has entered popular culture, coming from psychology. Billy Joel sings about it in ‘The Stranger’: “Well, we all have a face / That we hide away forever.” When Luke Skywalker battles Darth Vader in his subconscious while being trained by Yoda in The Empire Strikes Back, it is not Darth Vader he defeats but his own doppelganger: himself. Braithwaite defines his own self in opposition to his father’s quotidian business sensibilities, as an intellect against the bullies who harass him at school, and as the head of the Wagstaff Club at Oxford, which gives him status, but more importantly, a persona he can adopt that gives him easier access to women. Behind that is Braithwaite’s own doppelganger, Ronald Laing, a real psychologist from the 1960s and putatively Braithwaite’s contemporary. Laing held that beliefs and feelings expressed by patients were valid expressions of their experiences, rather than simply symptoms of mental illness. He became associated with the anti-psychiatry movement, which rejected traditional methods of treatment like electro-shock therapy and lobotomy. Braithwaite makes several attempts to ingratiate himself with Laing, and even accuses Laing of stealing his ideas. While Braithwaite’s books are works of chaotic genius, his genius and talent are wavering and unfixed. His own career is in contradistinction to the far more successful career of Laing, the author of The Divided Self, a book that describes the problems of fixing a defined ontological self, particularly for schizophrenic patients. Case Study suggests that the concept of Self is nebulous. Each character engages in self-constructions determined by their needs, uncertainties and situations.

“… for Braithwaite, the solution to Anna O’s problem was not for the ‘illness to run its course’ until the patient sees herself as ‘a single undivided personality’, but instead to embrace the idea that a person is not a single self, but a bundle of personae, all of which should be valued equally.”
Case Study, page 121

A weakness some readers may perceive in this book is that it is possibly too self-aware, too cerebral and with too little pay-off. Burnet’s His Bloody Project drew comparisons to Umberto Eco, for its cerebral brand of thriller. But Eco knew that if a writer promised a thriller, then no matter what intellectual background formed the balustrade of the plot, it had to be thrilling. In the end, Case Study feels a little underwhelming because ‘Rebecca’s’ revenge is a subtle dish served cold. As always, Burnet covers interesting ground throughout the story before this. The introduction of real people into the plot surely provides relevant insights. At one point in his career, for instance, Braithwaite becomes interested in the work of actors, since actors consciously divide the self and assume other identities. When he befriends Dirk Bogarde, star of the 1961 thriller, Victim, he gains insight from the life of Bogarde who plays a gay man being blackmailed for his sexuality, who was, himself, a gay man who understood the need to create a public persona to enable him to function within society and have a career.

But the notion of created personas and divided selves, while well executed, doesn’t seem enough, when the subject of Veronica’s suicide sits blithely in the background, like Chekov’s gun waiting to be picked up. After all, the comic and entertaining potential of the problem of identity has long been mined successfully. Think of The Importance of Being Earnest or Pygmalion. It is possible to draw upon intellectual movements and weave a satisfying story from that material.

I am wrong entirely in this assessment, I admit, since ‘Rebecca’ acts with all the cerebral calculation the plot demands. But suicide and families engender high emotions, and that’s the river I sat next to as I waited for a body to float by. While Case Study is an accomplished study in character, I felt one more character reveal at the end and a subtle, clever ending left me wanting more.

I don’t know what I wanted.

It was good. The ending was clever.

But I was unsatisfied. 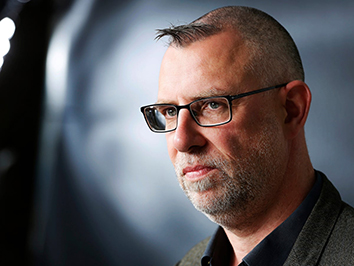 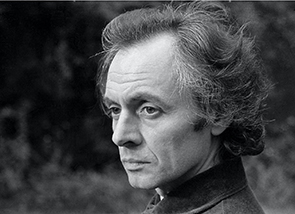 R.D.Laing
The real life Laing is Braithwaite's contemporary in Burnet's novel. His theories about schizophrenia and identity are similar to some of Braithwaite's own ideas, making him a kind of Braithwaite doppelganger. 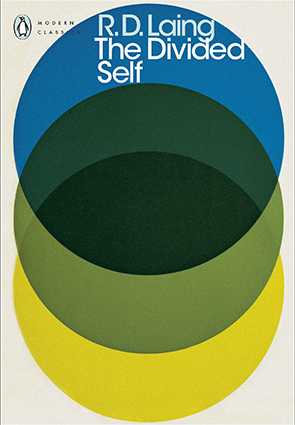 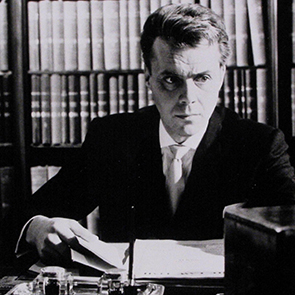 Dirk Bogarde
Dirk Bogarde in the 1961 thriller, Victim
Bogarde began to question Braithwaite about who he was, a strategy the latter interpreted not as genuine curiosity but as a means of deflecting the conversation from himself … Bogarde, he reports, ‘listened attentively, his eyes lowered. It was clear that he recognised himself in what I said. For a few minutes, the veneer fell away, and I was speaking not to Dirk Bogarde, film star, but to Derek van den Bogaerde.’ The moment did not last long. The conversation was interrupted by the party’s hostess, who dragged Bogarde off to say hellow to another guest. Before he left, however, Bogarde – public persona restored – told Braithwaite that he must send him a copy of his book.