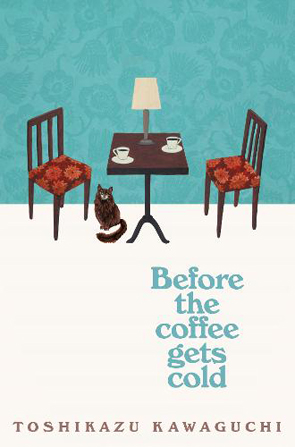 Before the Coffee Gets Cold
Toshikazu Kawaguchi
Toriaz

My daughter recently told me this joke:

Person 1: if you could go back in time and save any celebrity from dying, who would you pick?

This joke plays on a question that has been asked many times in science fiction - what would you do if you really could travel through time? And what would you change if you were able to make one crucial change in the past that would have impact in your current time? Time travel is the basis of this rather unusual book set in a café, but it is very different to the usual sci-fi time travel trope. You have to sit at a particular seat in the café, you cannot leave this seat and you must drink all your coffee before it gets cold. And the really big difference - nothing you do in the past will change anything in the present. So there won't be any saving Keanu Reeves. But then, this book isn't really about the time travel, it’s about regrets and the choices we make in our lives.

Before the Coffee Gets Cold is actually more a collection of four linked stories. The first story didn’t interest me much to be honest. A woman meets her boyfriend for coffee at the café expecting a marriage proposal but instead gets a breakup and learns he is leaving Tokyo immediately for the new job in the US. She is broken over how the evening ended, and is willing to accept all the restrictions on the time travel, even when she learns that she will not be able to alter what happened. The story is good for establishing all of the rules for the time travel in the café but really, it wasn't that great a story. And I didn’t like the idea of the happiness of a successful and beautiful woman being dependent on an insecure boyfriend who won’t even tell her about his plans. The second story, though, completely pulled me in. Unlike the first story where a relative stranger to the café was the focus (the woman had only been there once before, the night of the break up), the second and subsequent stories all revolve around people who were minor characters in that first story.

We gradually learn about the backgrounds and lives of the women who work in the café and of two frequent customers, women who know all about the time travel and who have always previously been content to watch other people use the chair without having any personal interest in it. Each has something happening in their life that ultimately leads them to sit in the chair and have the coffee poured for them.

The stories are superficially simple, but the way they are told makes them heart-rending and completely engaging. I wanted to be in the café with them, to talk to them and understand them better. I wanted to hug them and reassure them that everything would be fine, even when it was obvious that it wouldn’t be. There is no examination of the current political or environmental issues, or any of the other issues that are common topics for examination in sci-fi time travel stories. The story is simply about the characters and what they can bring back from a visit through time that will impact how they continue to live in their present time. It may be a simple story, but it had a huge emotional impact on me.

This is a quick read. The book could easily be read inside a day. A recommended read.

Trailer for Japanese movie based on the book
Widget is loading comments... 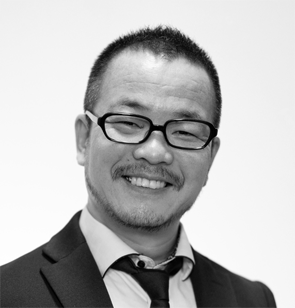