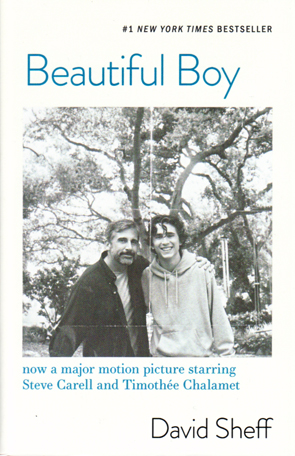 I originally was intending to see the movie adaption of Beautiful Boy earlier last month, as I am a huge fan of particularly the two main actors, Timothee Chalamet (a very pretty boy) and Steve Carrell. Unfortunately those plans were put on hold once I realised I had mixed up my dates for its release by about two months, and the film was being screened in limited release back in October. I was very excited for this movie, so hearing this news was akin to that feeling you would get as a kid when mum would drive past McDonalds without stopping (seriously, absolutely heartbreaking). Either way, when I saw the biography it was based upon in the book store, I decided it could be something that would cure my withdrawal symptoms from Timothee Chalamet.

But this book was a lot more than that. Once I had started it I completely forgot about picturing handsome young Timothee, as well as the equally aged-like-a-fine-wine Steve Carrell, and instead I was left with an incredibly genuine and beautiful account about a father’s relationship with his son. David Sheff, the author and father in the memoir, creates in this book what is possibly the most honest and harrowing description of living with someone suffering with addiction, and as David realises, his own addiction with attempting to get help for Nic. He creates an extremely vivid and terrifying narrative which he mentions during the foreword, is written entirely retrospectively. However the sheer unpredictability and cyclical nature of the disease being described in the book makes it seem as if the entire thing was written in the midst of the tragedy.

That’s not to say that the book simply portrays tragedy. Particularly the relationship between David and Nic, during sporadic moments of hope, can be some of the most affecting parts of the book. But it’s also this intermittence that really makes Beautiful Boy quite terrifying to read. Although Sheff obviously tries to assign coherence to the story of his family’s struggle, in reality, addiction doesn’t necessarily adhere to the same structure. The flow of the story can at times be completely jolted in a new direction, which can be extremely jarring, just as I imagine it would be for David and his family in real life. It is a feeling that, like David, you become familiar with but never accustomed to by the end of the book. Mostly because it is a real person in the story and not the figment of some Author’s imagination, I found myself googling Nic Sheff, just to make sure he was alive and well in 2019, and that this awful and unpredictable disease hadn’t taken any further toll on him.

There are some moments in the book which do dip however, such as a few information heavy sections in which David withdraws from the narrative in order to take time to explain the damages and statistics behind the epidemic of methamphetamine. Granted, these are incredibly informative and interesting, but are not integrated entirely seamlessly within the story. For a book that at moments I was unable to put down, I found myself flicking a page or two ahead in these parts to see how long before it returned to the much more compelling intimate story of David and his son. I understand why these segments were in the book; partially for David, and his own understanding of his son’s illness, and partially for his readers, many of whom are sufferers of the same circumstance. However, I personally found the father-son relationship to be a much more profound and affecting way to convey the impact and damage that meth can have on a family.

This is an emotionally heavy book to read, and it depicts drug addiction in a way that is so honest and brutally intimate, that it is sometimes difficult to read just knowing that this was a real situation that happened, and is still happening in thousands of households across the world. David Sheff has managed to write a story that is both traumatic at times, but also beautiful, and ultimately hopeful; and I believe absolutely anyone would benefit from reading it. 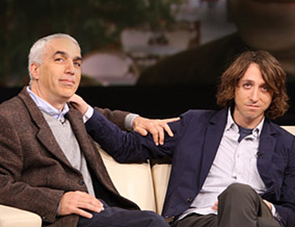