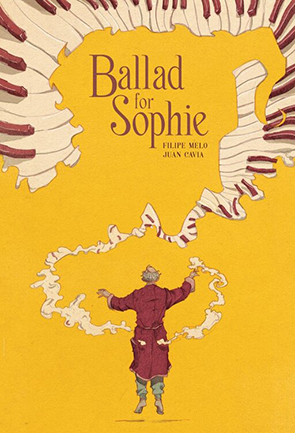 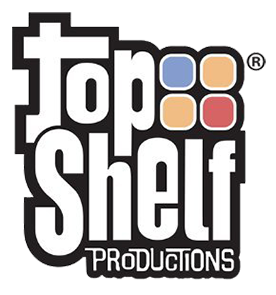 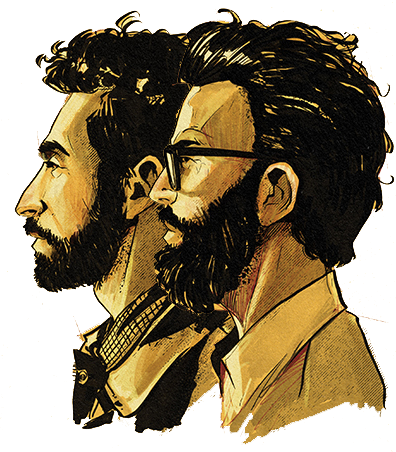 I picked up this book after two friends recommended it, and they were right: this book is awesome!

Ballad for Sophie is a story about rivalry, anger, envy, but also love, friendship and the hardships of life. It is the story of Julien Dubois, an old and famous piano player who is visited by a journalist, to whom he tells the HONEST story of his life. You see, in 1933, there was a piano contest in a small French village which the young and rich Julien wanted to win. He played well, but then François Samson, son of a poor theatre janitor, stepped on stage and blew everyone’s mind with his magnificent performance. He was a genius. Julien did win, his mother made sure of that, but from that moment he lived in the shadow of François.

After this traumatic event, Julien manages to cross ways with his rival a couple of times, and each time he feels defeated. François is always one step in front of him. This rivalry, and some other life events, spiral Julien into the world of show-business, sex, drugs, and music he doesn’t like to play, driving him insane.

We follow Julien’s life from childhood until his death – a life full of ups and downs, successes and failures. Author Filipe Melo successfully captures all the different emotions that humans can feel in childhood, adulthood and seniority, and that made me reflect about my own life and actions.

The story also offers a perspective of life in Nazi-occupied France, family relations with controlling parents, homelessness and what it feels like to be a showbiz music star, living a life you hate.

If you are pianist, you will find a real treat at the end of this graphic novel. The author, who is a musician himself, has composed a special musical piece and has included the entire score so it can be played! What a wonderful idea for a reader’s deeper immersion with the book. If you don’t know how to play music, no problem: the song is available online.

This emotional rollercoaster, combined with the beautiful artwork by Juan Cavia, makes the story so real that I had to check to see if it’s a true story. I felt so immersed in its humanity – I laughed, felt sad, excited, surprised and inspired.

You are probably wondering: “I expected to find out about Sophie in this review, and there is nothing!”. Well, I will leave this to you to find out for yourself.

A sample from the graphic novel

These six sample pages from Ballad for Sophie give a good impression of Juan Cavia’s style of illustration. The pages tell the story of the impact on Julien Dubois after his mother interfered with the competition, and his subsequent desire to beat François fairly, as well as the historical moment of Germany’s invasion of France. 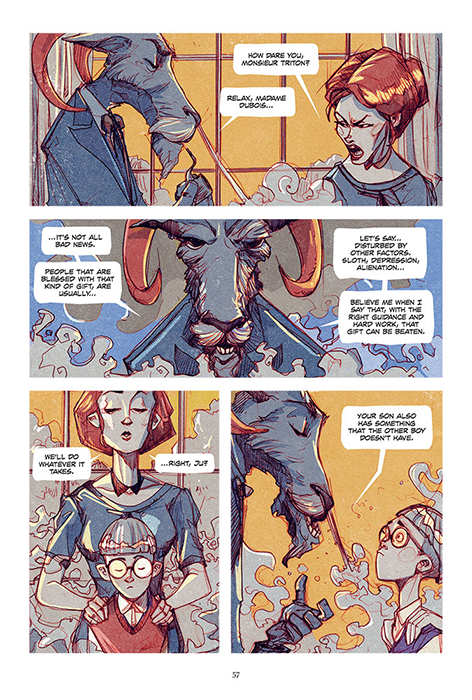 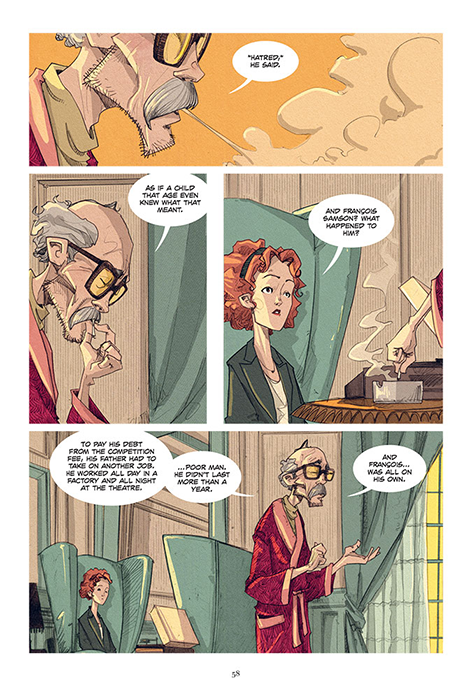 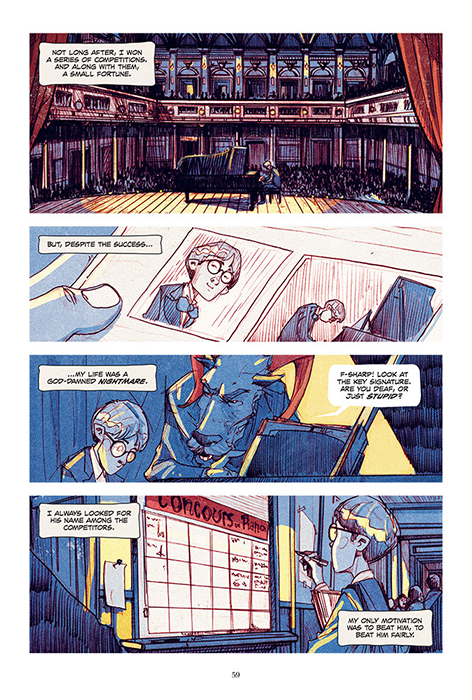 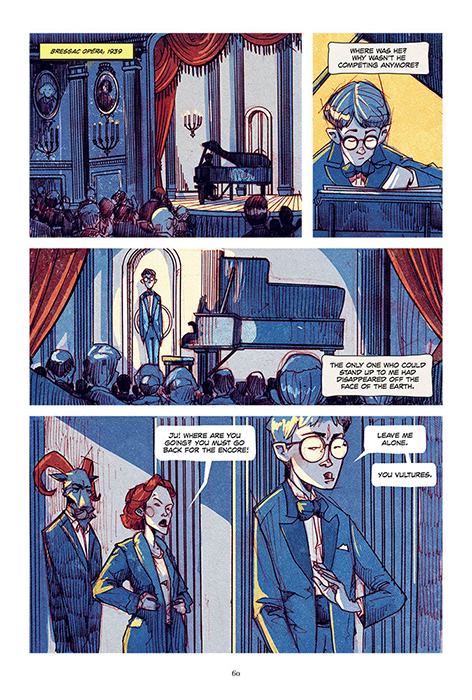 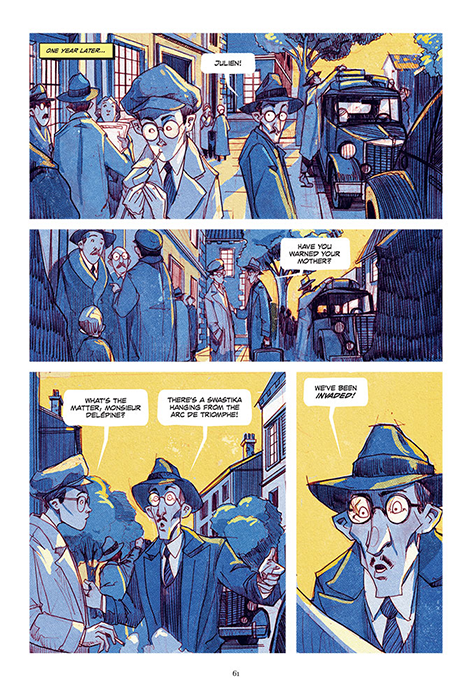 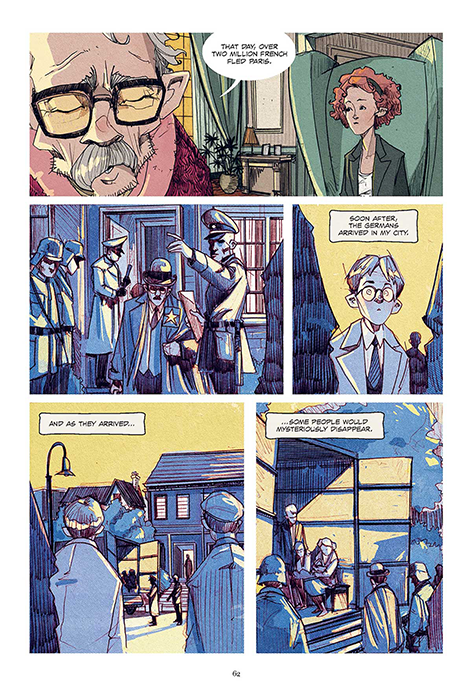 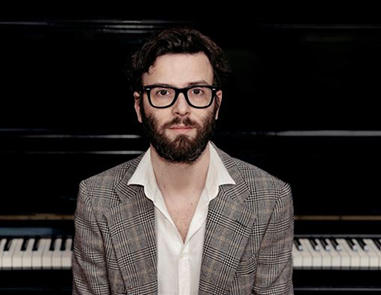 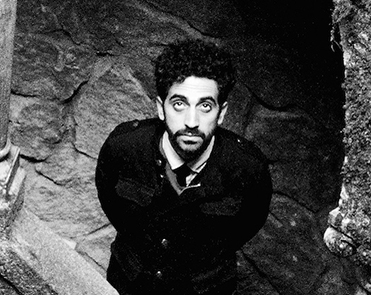 Juan Cavia
Juan Cavia has worked as art director and set designer on many television commercials and films. He has worked as an illustrator since 2005. The portraits in the title box are of himself and Filipe Melo. You can read a short biography of Juan Cavia and peruse other work by him by clicking here.