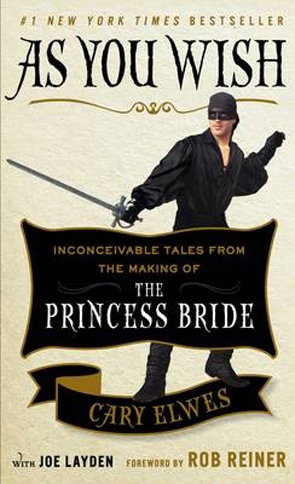 As You Wish
Cary Elwes

Inconceivable Tales from the Making of the Princess Bride

There's a shortage of perfect movies in this world. It would be a pity to damage this one

Cary Elwes played the iconic role of Westley in the 1987 movie The Princess Bride, based on the book of the same name by William Goldman. It's a brilliant book, made into a brilliant movie, and with this, now the background subject of this great memoir. Elwes was inspired to write about his memories of filming the movie while attending the 25th anniversary cast reunion at the 2012 New York Film Festival. This movie has obviously had a great impact on his life.

The story of The Princess Bride is a timeless classic, a tale of love and adventure, of heroes and villains, of pirates and sword fights and giants. Apart from the great story, it's also incredibly funny. William Goldman wrote the book in 1973, then wrote the screenplay later the same year for 20th Century Fox who had bought the film rights. After there had been several failed attempts to make the movie, Goldman bought back the film rights to his book. Rob Reiner finally persuaded Goldman to allow him to make the movie in 1986. All this is told to us as background, as Elwes tells the story of how he became involved in the project after being cast as Westley, the farm boy who becomes the Dread Pirate Roberts. This movie obviously means a huge amount to Elwes; he bubbles with enthusiasm for the project and with affection for all of the cast and crew.

I initially started this book as an audiobook, and that is a great way to experience the it, as Elwes narrates the majority of it, with other members of the cast and the director chiming in occasionally. Listening to his beautiful voice is like having him in the room chatting about the movie. But then I found out that the physical version has photos, so I bought a copy of that as well. I am obviously a huge fan of this movie and I wanted to experience the book in both formats. When my physical copy arrived, not only did I find the promised photos, but also a beautiful limited-edition poster.

There are no scandals disclosed in this memoir. Elwes appears to love everyone involved with the project and has nothing bad to say about anyone, except for himself and his own occasional stupidity. Without scandals this might be a bit dull for anyone who isn't a fan of the movie. But I unashamedly love this movie, so for me, Elwes’s reminiscences were perfect. I re-watched the movie the day I finished the book, this time watching for the scenes Elwes specifically discusses, such as the scene he had to film immediately after breaking his toe when he crashed André the Giant's ATV. Once you know this happened, you can spot the slight limping and the favouring of the foot in the scene. Coincidentally, this is also the scene where he delivers the line Life is Pain. Anyone who says different is trying to sell you something. Life was indeed pain for Elwes for several weeks after this, especially as he still had to continue with his daily fencing training in addition to his filming schedule.

There are some really great reminiscences in this book. The chapter on the fencing training for the sword fight was especially interesting to me. Both Elwes and Mandy Patinkin trained nine to five, five days a week for two and a half weeks before filming started, then kept up their training every day of the four months of shooting in every free moment they had between takes. Both went from fencing novices to being proficient enough to complete the entire fight sequence (minus the acrobatics) in a single take without mistake, and with the strength to repeat this multiple times a day for four days, as the fight was shot from every conceivable angle and point of view. This scene was the reason I first watched the movie - my fencing instructor at university told all of us that fighting with that much skill while keeping up the witty repartee was what we each had to aspire to.

The stories of the few days Billy Crystal was on set are also particularly great reading, as Crystal improvised different jokes with every re-take. Some of the funniest lines in the movie were ad-libs, such as adding to the original line of The king's stinking son fired me the additional words and thank you so much for bringing up such a painful subject. While you're at it, why don't you give me a nice paper cut and pour lemon juice on it? However, not all of Crystal's improvs made the final cut, as lines such as Don't rush me, sonny. I had a difficult night last night. I found my nephew with a sheep! were deemed a little too blue for a family friendly movie. Apparently, Rob Reiner, the director, was banished from the soundstage for these scenes by the sound department, for laughing too much at Crystal's performances. And Elwes was banished with him, after he botched a number of takes by laughing when he was supposedly (mostly) dead. It was stories like this and many similar ones that makes this memoir such a great read for any fan of the movie.

Overall, this was a great book to both read and to listen to. Highly recommended to anyone who loves The Princess Bride.

The limited-edition poster which came with my edition of the book
Widget is loading comments... 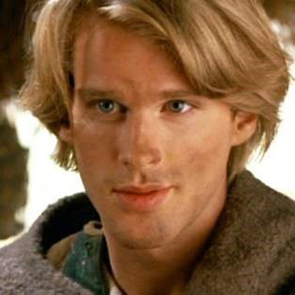 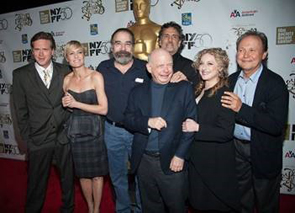 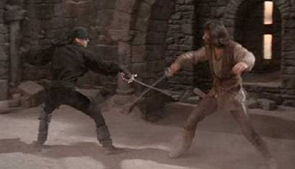 Westley and Inigo Montoya (Mandy Patinkin) in the fight scene. Except for the acrobatic stunts, the fight scene was performed entirely by Elwes and Patinkin who spent months training to become expert swordsmen for the ‘greatest swordfight in modern history’. 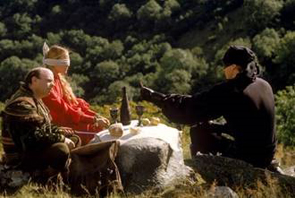 Vizzini, Buttercup and Westley in the Battle of Wits Scene
The Princess Bride is said to be one of the most often quoted films in cinema history. Here are some of my favourite lines: