As other blog posts of mine have stated, I’ve recently been busy with a major construction project at home which I’ve been doing myself. Today I had to take a trailer load of old construction materials to the tip. After we finished unloading the trailer, we took a look at a large shed at the tip we’ve become curious about. It has vinyl records, books, furniture, bikes etc. The guy at the tip said they rescue things that people throw out that they think others might find useful. Anything in the shed is free to take.

So, I looked through the shelves and found there were some good books in there, mostly in good condition. I found Wolf Hall and Vernon God Little, two of my favourite Booker Prize Winners, as well as many other books I already own. But I came away with this little haul, pictured: The Eye of the Storm, The Solid Mandala and Flaws in the Glass by Patrick White; Patrick White Letters by David Marr; James Cook's Journals; The Bride Stripped Bare; Child’s Play by David Malouf; and John Birmingham’s Weapons of Choice, Books 1 and 3. I guess I’ll hunt down number 2 if I like the first one.

Of course, I’m only adding to the impossibly long list of books I have waiting to read, and now I’m in danger of adding more during future trips to the tip. 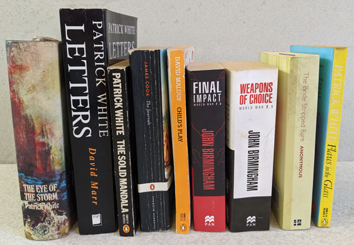 The Booker Prize was announced this morning (Sydney time), and it was somewhat a surprise, despite my having predicted a winner - The Testaments by Margaret Atwood – last month in this blog. For the first time since 1992 the judges awarded the prize to two books. Bernadine Evaristo’s Girl, Woman, Other was the joint winner. In our blog last month, I expressed a hope it wouldn’t win since the book hadn’t appealed to me when I looked at it in the bookshop (and our Booker project involves all the Bookers being read, which mainly falls to me.) Now that it has won, I have bought a copy today. I’ll read it after I finish the book I started last night, Flights by Olga Tokarczuk, who won the International Booker Prize last year for that book, and was awarded the Nobel Prize for Literature in the past week.

For those who don’t actively follow things like the Booker Prize, the interesting thing about the announcement is that it went against the committee’s own rules. Joint winners were banned after Michael Ondaatje and Barry Unsworth won in 1992 for The English Patient and Sacred Hunger, both reviewed on this website. Despite the committee’s refusal to accept joint winners, it eventually bowed to the will of the judges who claimed that they could not separate the books.

The bright spot in today’s announcement, personally, was that I have now managed to predict a winner three years in a row! 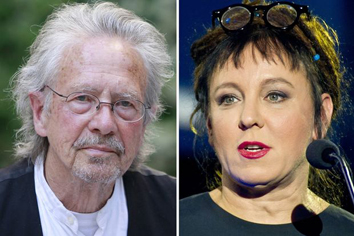 The Nobel Prize for literature has just been announced and there are two winners, one for this year and one for last year when the prize was suspended due to a sex scandal. Polish author Olga Tolarczuk and Austrian Peter Handke are the winners. I haven’t read either, but I do have Tolarczuk’s Flights which won the Man International Booker prize last year. I bought it when it won as part of this website’s ongoing project to read and review all the Booker winners (eventually). I’ve managed to read and review nine from the list so far this year, among other books, but Tolarczuk’s book may still have to wait some time. Anyone browsing through the archive for this blog will realise that books I buy sometimes have to wait several years before a reading, my backlog is so long. 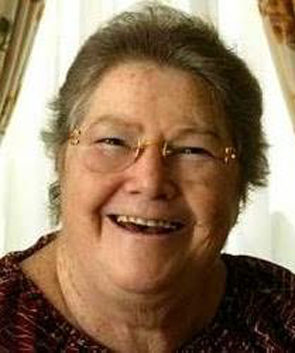 In other literary news, Colleen McCollough’s estate will be auctioned off after a legal battle concerning the beneficiary of her will. Her husband won the case after Selwa Anthony, literary agent and her executor, argued McCollough had left her estate to the University of Oklahoma. I was not a fan (I’ve never read The Thorn Birds) but I did become interested in McCollough when she published her Masters of Rome series. I met her once as a child in a book signing, and I own a copy of An Indecent Obsession with a letter written in her hand to a friend she was gifting the book to; the first book to come off the press, according to her.

I’m finally getting around to archiving last month’s blog posts only today. It’s not that I haven’t intended to get it done. Rather, I’ve only had time to get the bare basics done for this website for the last few months and that’s the way it’s going to stay for at least another couple of weeks while I try to complete a major construction project at home.

Meanwhile, I still managed to read and review two books on the Booker shortlist for this year last month: Salman Rushdie’s Quichotte and Margaret Atwood’s The Testaments. I made a prediction before reading Atwood’s book that The Testaments would win. Given that I’d managed to predict the previous two years’ winners prior to reading them, I have been hoping for a hat trick. Yet I have to say that while The Handmaid’s Tale would have been a worthy winner (it was also shortlisted in 1986), I am less enthusiastic about The Testaments now that I have read it. It’s an enjoyable read and expands the world of Gilead for the reader, but I don’t think it was quite strong enough. Still, I’ll stick by my prediction now that I have made it, since it was based upon how Atwood’s original novel has now entered the zeitgeist, not a reading of the book. Whatever happens, the prize is announced next week, 14 October.