I found time to do a little website maintenance this afternoon. I've added some new button links for other Neocities sites that have followed us, or we have followed, recently. For anyone I have missed (I may not have been able to find your button on your site), just let me know and I will fix it. 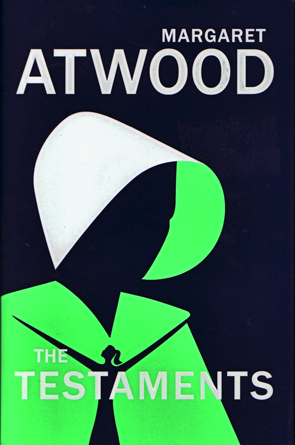 I had business in Sydney today so I managed to get to Dymocks, our largest retail bookseller, to buy my copy of Margaret Atwood's new book, The Testaments. I read the original, The Handmaid's Tale in the mid-90s when I had to teach it for a senior English class. I've already made a prediction that The Testaments will win this year's Booker Prize. I plan to read it before the annoucement, but before then I also plan to read Salman Rushdie's Quichotte which is also shortlisted this year. I began reading it earlier this week but haven't had time to read at all for a few days. Elif Shafak's 10 Minutes 38 Seconds in This Strange World was also on the shelf at Dymocks, but it didn't appeal to me, so I hope it doesn't win (since I've committed to eventually reading all the Bookers). The same goes for Bernardine Evaristo's Girl, Woman, Other (although it was a nicely presented hardback). Neither Lucy Ellmann's Ducks, Newburyport nor Chigozie Obioma An Orchestra of Minorities were in stock.

A few months ago, I added an announcement to our front page that we would be doing a Special Reading Project on Enid Blyton’s The Famous Five series. Since then nothing has happened on this website for that project, and to be truthful, I have only had time to read as far as the first six books. The fact that I simply haven’t had time should be evident from my neglect of the Federalist Papers and The Count of Monte Cristo projects for the moment, also. But I’m leaving the Blyton announcement on our front page since I still intend to do the project in the long term.

However, yesterday there appeared in the Sydney Morning Herald an article about Blyton which questions her suitability for modern audiences with different social values than Blyton's times. I’ve included a link here for anyone interested in reading about that, since the article covers some of the issues alluded to in the project announcement on our front page.

It’s already a few days after the Booker Prize shortlist for 2019 was announced and I haven’t said anything about that yet. I’ve been very busy, including reading a rather long Booker Prize winner from the 1976, David Storey’s Saville. I just finished that a few minutes ago, but I may be pushed to get a review written before next week.

In the meantime, I wanted to make a prediction for this year’s Booker winner. I’ve managed to pick the winner for the last two years, despite not reading the books prior to the announcement. So, I’m hoping to make it three in a row.

My prediction is Margaret Atwood’s The Testaments. She missed out on the Booker in 1986 when Kingsley Amis won it for The Old Devils. Since then, The Handmaid’s Tale has become a modern classic, spawned a movie, an amazing television series and has become a symbol for female repression. The judges missed out on giving Atwood the award in 1986. Without having read The Testaments, my feeling is that if it was good enough to make the shortlist this year, they will want to award her this time around.

Whatever the outcome, I plan to buy Atwood’s book along with Salman Rushdie’s Quichotte. I have long admired Rushdie’s work (except for Two Tears Eight Months and Twenty-Eight Nights) and his new book is based upon Cervantes’ Don Quixote, one of my favourite books, from which I once made a short film adaptation.

In the meantime, I’m looking forward to the Booker announcement on 14 October.

All of us have slowed up our reviewing rate this year due to many unexpected commitments in our personal lives, but we intend to keep the Reading Project going for a long time to come. Thanks to all you have expressed an interest in our site, and the anonymous readers who may have found something of interest. 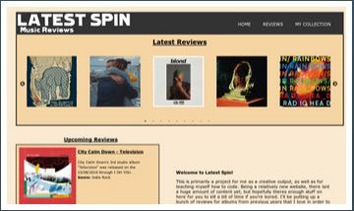 NickoHeap, who has written seven reviews for our website (and will be writing an eighth sometime in the future for Umberto Eco's Foucault's Pendulum, one of my all-time favourite books) started his own review site on Neocities last month. Titled Latest Spin, it addresses his real passion - not books - but music. With his vinyl record collection beginning to grow, his site has reviews and music samples. Like me, his site began with an interest in how websites basically work. To check out Latest Spin, click here.