Our internet connection finally fixed after 11 days with the intervention of a federal minister!

Today marks the tenth day without internet at my house, so once again I am posting our latest review for Julian Barnes's The Noise of Time from Toriaz's house. The cable was cut through early morning Tuesday last week, and so far the experience has been a little Kafkaesque as we are bounced from our internet provider, the government agency responsible for the cable, our new national broadband entity that will be responsible for it next year, a series of technicians, inexplicably lost communications and a strange decision by two technicians to close the case when they arrived without the correct cable to fix the problem. At the moment the problem has now been taken to our local government member and we are being promised a solution by tomorrow. Hopefully, by our next review everything will be back to normal!

In the meantime, we are trying to keep the site as up-to-date as we can.

We've had a little problem in the last few days. There is some construction taking place down the road which required the workers to dig to place new plumbing connections. They cut right through the internet cable, leaving the street without any internet connection. So, to get our latest review for Red Moon posted I have had to come to Toriaz's house today. No idea how long it will take to fix, but there has been no move to fix it yet. Apparently the old cable has to be pulled out and an entirely new cable laid. That could make it difficult to do any regular updates on this site for a few days at least. 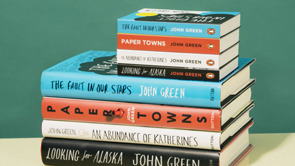 So the new thing I read about in the book industry this morning is dwarsliggers. A dwarsligger (dwars: crossways, liggen: a person or thing that stands out) is a smaller version of a regular book that has the text flipped landscape so that you turn the pages bottom to top, not right to left. The thinking is that the experience of doing this will be more familiar to younger readers used to scrolling text upwards on their phones.

John Green's novels have now been published in this format.

I must admit, I'm a bit old-fashioned when it comes to this. I don't mean that I think books should not be flipped, but I think the reading experience a book offers, without the potential distractions that a phone has, is a different reading experience. Is it really necessary to try to make the reading experience supposedly closer to electronic mediums? It seems like a gimmick to me, but Dutton, an American imprint of Penguin Random House, have jumped on the idea. I guess we'll see how popular these turn out to be in the market, especially for the Young Adult market. You can read the Sydney Morning Herald article I read about this here. 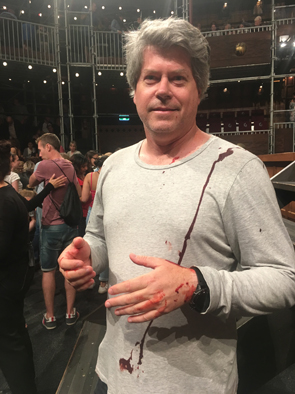 Last night we went to see A Midsummer Night's Dream (MSND) at the pop-up Globe theatre in Moore Park, Sydney. We saw Macbeth there a few weeks ago, which I wrote about in our October blog. Click here to read that blog entry. Macbeth was a great experience, however last night's performance exceeded our expectations. I've seen quite a number of versions of MSND in the past, but this was easily the best and most entertaining.

The play was performed traditionally: that is, an all male cast. I think males playing females in romantic situations always add to the comic effect. And there was lots of slapstick and very physical acting. Yes, I can be very lowbrow. Apart from that, the lovers and the world of Athens was represented in traditional outfits. The Mechanicals were represented by a group of tradies (an Australian term meaning tradesmen) in their modern work clothes with modern trades like scaffolder and son of the boss to replace the more traditional trades Shakespeare used, like joiner and weaver.

The portrayal of the fairy world was most unusual. The company had Maori actors dressed in traditional Maori garb, who zipped through some of the long exposition in a Maori language, accompanied by hilarious gestures and overacting which mostly told the story, anyway. It added to the exotic feel of the fairy world. Naturally, the actors also used English for the key points in the plot, which helped integrate the Maori aspects with the traditional play very well. Someone entirely unfamiliar with the play may have had some difficulty in spots, but I suspect that would only be a few.

I don't think I have ever seen a more physical performance of any play, or one quite so funny. When it came to choosing the play for the Duke and Hyppolyta at the end, that was modified for a modern audience as other aspects of the play were. There was a choice to be made between the play about the tyrant, Trump (rejected), the play about the nine Prime Ministers (a reference to the huge turnover in Prime Ministers we've had in Australia in the last decade - also rejected), and a third play: Brexit, persued by bear (rejected), along with the Mechanicals' play (preferred).

The performance of the Mechanicals' play was easily the best I have seen, which added to some of the very rude innuendos made throughout (check out the photo of Wall) and included some of the best over-acted deaths of Pyramus and Thisbe I have seen, complete with copious gushes of fake blood to round out the bathetic scene. We were standing right at the front of the stage, and we got well and truly hit by it as can be seen by the photo of me after the show.

Having never stood for two hours to see a play before I would have to say that once the play started I forgot about the fact that we had been walking a lot during the day. We had a much better view of the action on stage than we did for Macbeth, and we were involved more immediately with the players, including a little pre-play drama at the foot of the stage which no one in the stalls would have heard over the music played to usher people inside. So I'd recommend a spot among the groundlings for anyone able to see a Shakespeare play in a traditional style Globe theatre. 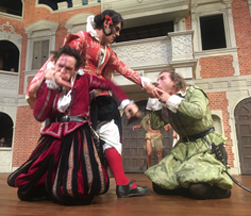 1. Demetrius and Lysander fight over Helen 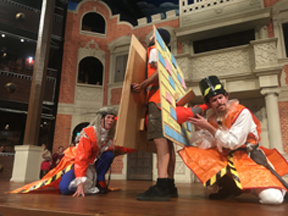 2. Thisbe and Pyramus communicate through the wall 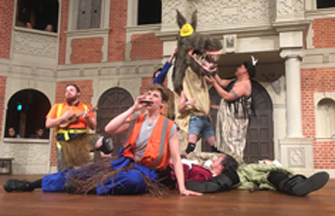 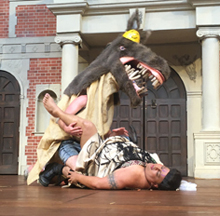 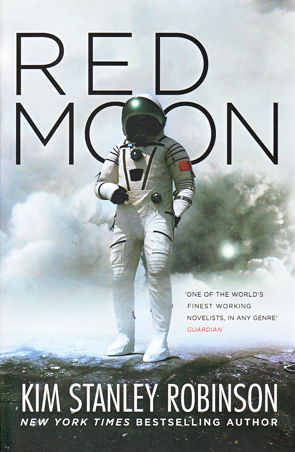 I finally got around to buying Haruki Murakami's new novel Killing Commendatore today after spotting it early in September. As well as that I bought Kim Stanley Robinson's new novel, Red Moon, which is based on the premise that China will have a base on the Moon within thirty years. As always, there are too many books that pique my interest with too little time to read them all!

It may be heading into winter in north America where I suspect many of those who stumble upon our site will live, but here in Australia we are already feeling the first hints of another long summer. I once had a brief communication with a guy from Canada who was struggling to keep access to his house free from snow. I described to him how some of the roads near us had been closed because they were beginning to melt, literally.

So summer is not a favourite time of year for me. We live in the Blue Mountains, west of Sydney, which is surrounded by National Park bush. Each summer we face the threat of bush fires. Hundreds of homes were lost in a fire near us only a couple of years ago.

However, summer does bring longer daylight hours which people try to make the most of. This Sunday we will be doing that when we return to the Pop-Up Globe in Sydney to see A Midsummer Night's Dream. We saw Macbeth there last month, which was a great experience. This time we have decided to try out being a groundling - that is, standing in front of the stage - rather than sitting. Hopefully it will be a cool evening.