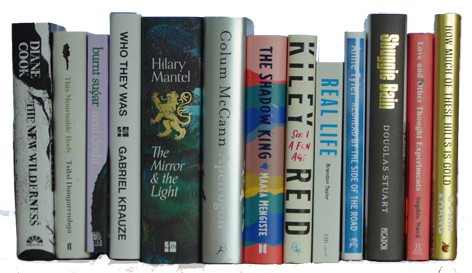 The Longlist for this year's Booker Prize has been announced. Earlier this year I predicted a third win for Hilary Mantel for her concluding novel in her Thomas Cromwell series, The Mirror and the Light. So far my prediction is on track. Mantel has been nominated along with a dozen other authors. The Shortlist is due to be announced on 15 September and the winner will be revealed on the 27 October. The Longlist for this year's prize is:

I had time to work on the construction of my Street Library over the weekend. This is an ongoing project. I took the library over to bikerbuddy’s place to show him how it was constructed in case he is ever interested in putting one up. He really is muddle-headed and knows nothing about these things. The pictures show me in the process of construction and bikerbuddy later admiring my handiwork. Unfortunately, it started to rain as I finished, so I decided to leave properly painting it for another weekend. 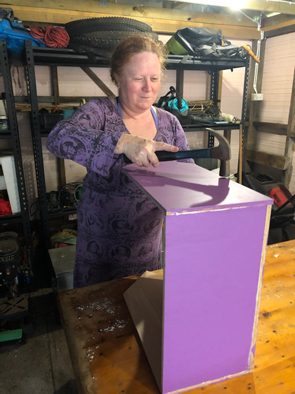 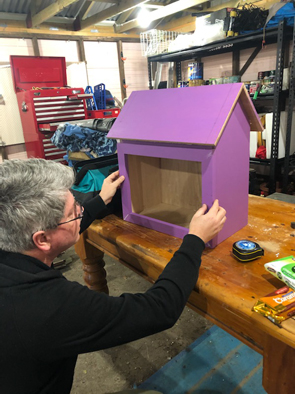 A new panel on our front page

I was reading the paper this morning about the use of Federal agents in Portland, Oregon, and the story of Christopher David, a former member of the Navy’s Civil Engineer’s Corps, who was beaten by police when he questioned them about the constitutionality of their actions. Donald Trump has called protesters anarchists. Reading Project is not meant to be a political website, but the article did remind me of The Federalist Papers which addressed concerns about the use of a standing army. Alexander Hamilton, given the situation of the new republic, argued for the need to maintain a standing army. But he also argued that a government was elected to serve the welfare of its people.

I put a new panel onto our front page this morning that resulted from my reflection upon the situation in America. I used what I thought was an appropriate quote from The Federalist Papers.

I finally got around to working on my Street Library a little bit over the weekend. I bought some purple paint – I like purple – and gave the pieces a first coat prior to assembly. 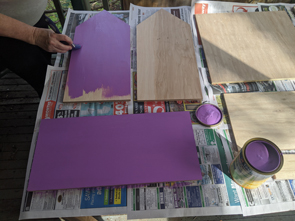 While those were drying, I decided to take a trip to see some other libraries I hadn’t yet visited. I’d been making a list from the Australian and American websites (for some reason a few people in our area have used the American site). I’d checked out one the day before in East Blaxland outside a primary school, and managed to visit another five before a storm moved in across the mountains with heavy rain. 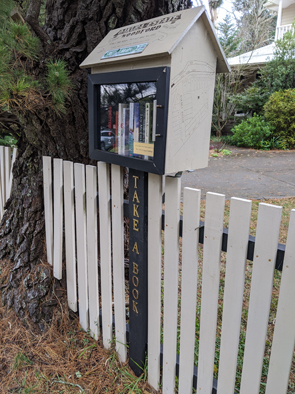 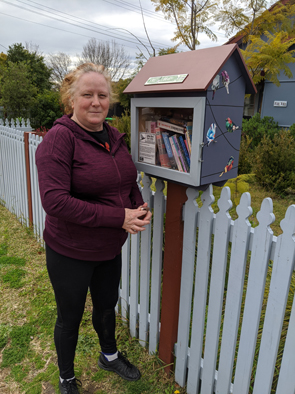 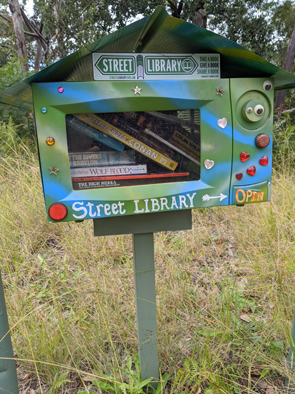 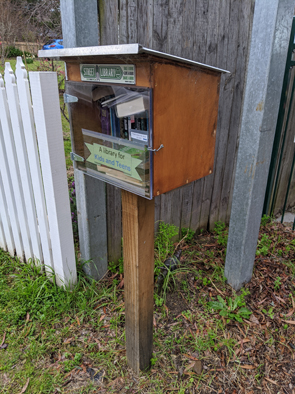 The designs on some of these Street Libraries were really beautiful and all generally had a good range of books. 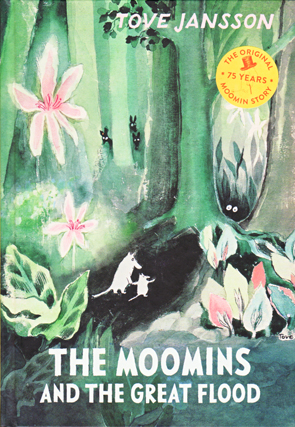 I wrote last month about how I managed to find the nine novels from the Moomin series in hardback. I read about four of the Moomin books when I was a kid and loved them. I recently reread and reviewed Moominpappa at Sea, which made we want to finally read the whole series. I’ve been holding out on starting because I was waiting for an order that I placed early last month to arrive from England: The Moomins and the Great Flood. It was the first Moomin book Tove Jansson wrote and published in 1945. Shorter than the novels and not generally listed as part of the series, it was out of print until 1991 when it was republished in Scandinavia with a preface by Tove Jansson which my edition includes, along with Tove Jansson’s artwork. Her artwork is beautiful and evokes a sense of wonder and childhood for me. It’s a beautiful copy. I hope to read it within the next week. 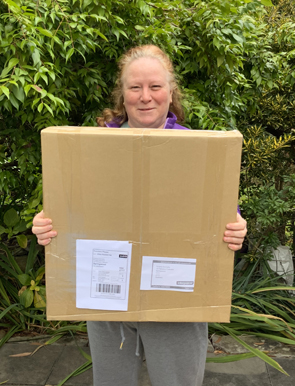 I wrote in our blog at the beginning of last month that the neighbour across the street from me had set up a new street library. It almost discouraged me from my plans to set up a street library myself. But after talking to my neighbour I decided to go ahead with it. I ordered a pre-cut library from a company in Sydney, and it was delivered before the weekend. The photos show me holding the library just after it was delivered, and the contents of the box.

Now for the hard part. I have to paint it, get it put together and installed. The library is going to be themed around this website when its finished. I’ll put up further blog posts as I make progress. 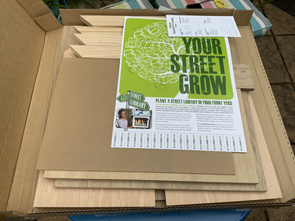